First, let's start with the news of the KCTU rally. 50,000 people gathered in downtown Seoul this afternoon. It was the largest since the inauguration of the current government. Participants marched to the front of the Yongsan Presidential Office saying that the labor policy was retreating. 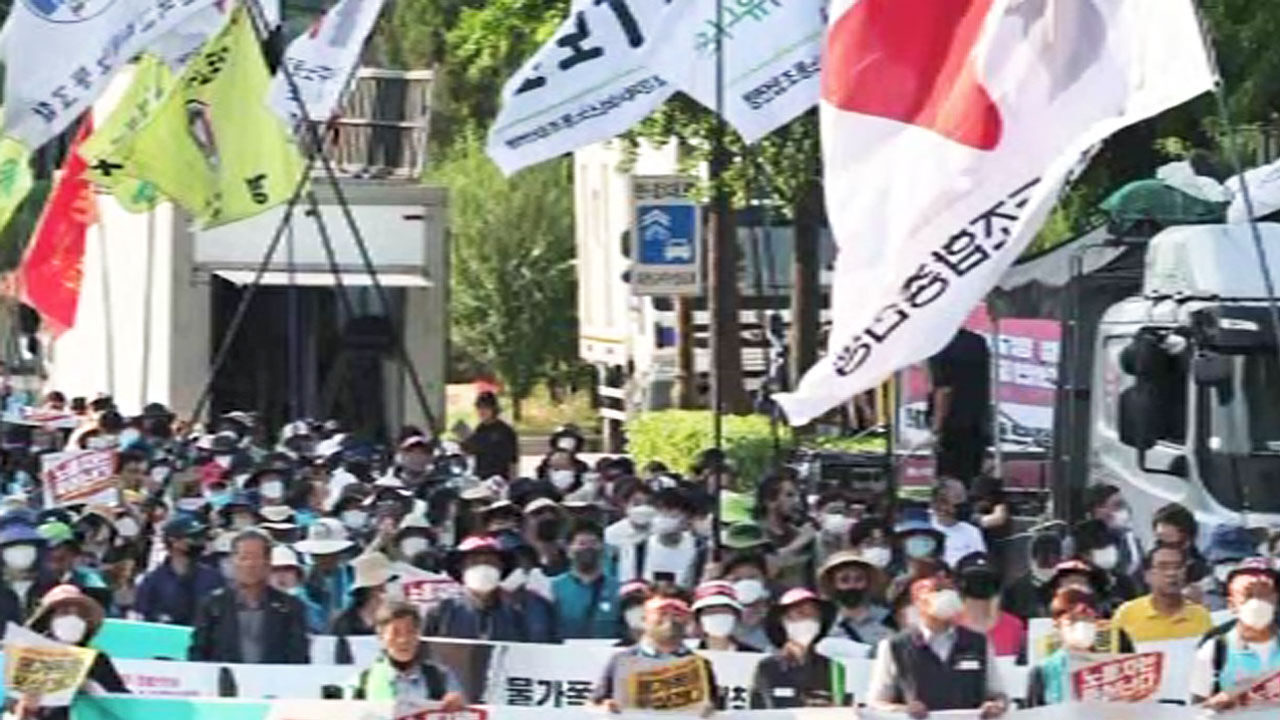 First, we start with the news of the KCTU rally.

It was the largest since the inauguration of the current government.

Participants marched to the front of the Yongsan Presidential Office saying that the labor policy was retreating.

the heat of over 30 degrees, workers are standing in dense lines in Seoul Plaza.

These are union members who participated in the National Workers' Congress held by the KCTU.

The number of people attending today's rally was estimated at about 50,000 by both the organizers and the police.

This is the largest rally since the inauguration of the Yun Seok-yeol government.

Participants criticized the government's labor policy, saying that the reform of the 52-hour workweek system and the attempt to revise the Serious Accident Punishment Act were not improvement but rather evil.

[Yang Kyung-soo/Chairman of the Korean Federation of Trade Unions: I warn the Yun Seok-yeol government.

Taxes for the rich, publicity for the common people, and labor rights for workers should be guaranteed.]

He urged us to reconsider the minimum wage increase rate for next year, which was decided three days ago.

[Kang Gyu-hyuk / Chairman of the Federation of Trade Unions Service Federation: Next year, the minimum wage has been increased by 5%.

As the Deputy Prime Minister said, the price increases by 6% in the second half of this year, but if you look at it, the minimum wage is the same as a cut.]

Earlier, the police announced today to ban the assembly, but the Seoul Administrative Court limits the number of participants and the condition of disbanding immediately after the march is over allowed rallies and marches.

About 30,000 of those attending the rally marched from Sungnyemun Gate to the President's Office through Seoul Station.

The police mobilized 120 police units in preparation for an unexpected situation, but the rally and march were completed without clashes or major conflicts.