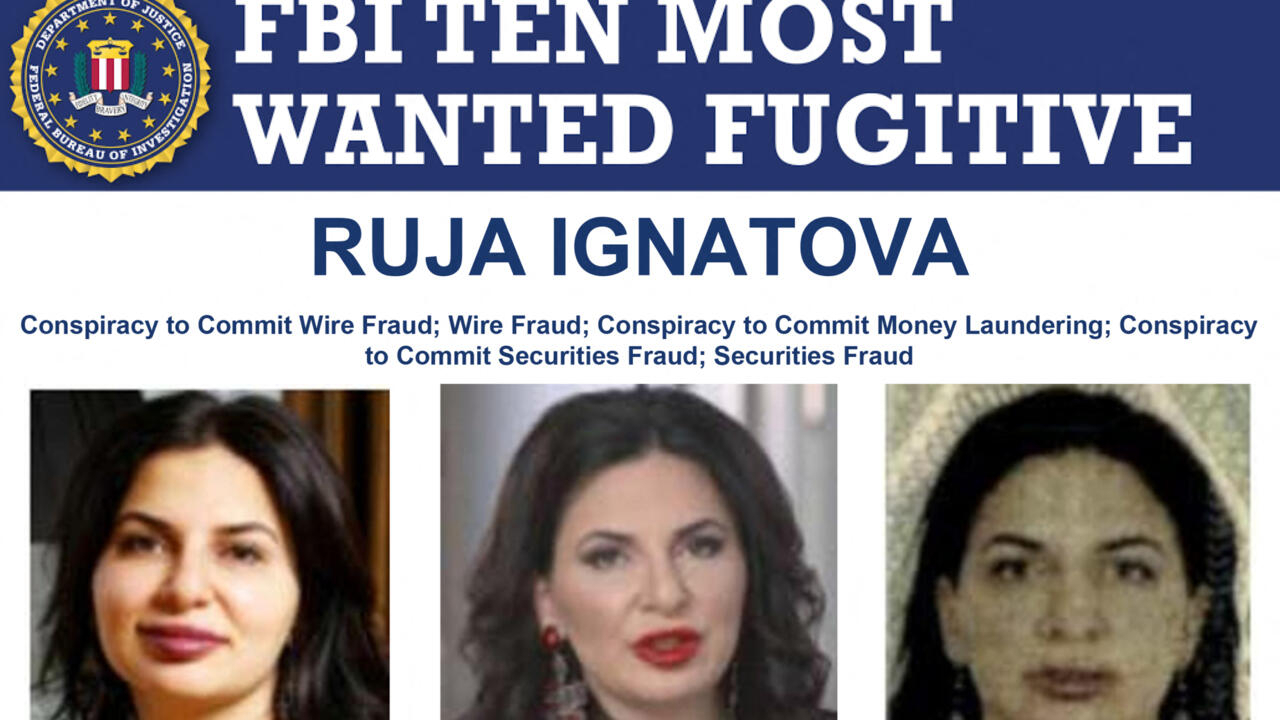 She disappeared five years ago.

The FBI decided on Thursday, June 30, to make Ruja Ignatova one of its priority targets.

Suspected of having organized the biggest scam in the history of cryptocurrencies and one of the most expensive ever for victims, this 42-year-old Bulgarian who called herself the “queen of crypto” was placed on the famous list of the ten most wanted criminals in the United States.

A month earlier, Europol had done the same, promising 5,000 euros for any information leading to his arrest.

The High Priestess of the OneCoin Cryptocurrency

"She's one of the biggest criminals still at large," assured the Vice site Jamie Bartlett, a British journalist who spent his last years trying to track down Ruja Ignatova and even hosted a podcast for a year for the BBC. entirely devoted to the "queen of crypto".

He is even amazed that it took so long to place her on the world's most wanted fugitive lists.

For him, she has little to envy to Bernard Madoff, the famous American financier-swindler who lost more than 60 billion dollars to the victims of his scam at the end of the 2000s. Ruja's scam Ignatova cost at least $4 billion to millions of victims in nearly 70 countries.

If its story is not better known to the general public, it is mainly because it raged in the world of cryptocurrencies at a time when bitcoin and other dematerialized currencies were not yet so much in the media spotlight. .

However, his crazy criminal epic, which began in 2014, features characters all more dubious than each other, even in the ranks of mafia groups in Eastern Europe.

Ruja Ignatova is the creator of OneCoin, one of countless cryptocurrencies that have sought to overshadow bitcoin over the past decade.

But unlike 99% of other benchmark cryptocurrency competitors, OneCoin had managed to attract the interest of a wide audience, well beyond the traditional circle of insiders.

There is a vast literature of press articles devoted to the portraits of victims ranging from the suburbs of Glasgow to rural areas in Uganda or even on the Franco-Belgian border.

At the height of her fame, in 2016, Ruja Ignatova could fill prestigious halls like Wembley Arena in London to extol the supposed virtues of her OneCoin which was supposed to "replace bitcoin in less than two years".

It was not so much the "qualities" of her cryptocurrency as the personality of Ruja Ignatova that convinced so many people – officially OneCoin had 3 million investors in 2016 – to follow her.

She appeared reassuring, sure of herself, and knew how to highlight her law degree and the work she claimed to have done for the prestigious consulting firm McKinsey, says the Wall Street Journal.

Ruja Ignatova had also treated herself to an infomercial in the Bulgarian version of Forbes magazine, and appeared as one of the main speakers at an event presented as sponsored by The Economist magazine, but which was, in fact, financed at 100 % by OneCoin.

A little sect, a lot of pyramid selling

It had also been able to attract specialists in multilevel sales, these pyramid selling systems which, in the end, only financially benefit those who are at the top of the pyramid.

And that was the real nature of OneCoin.

Ruja Ignatova only sold “crypto-vent” to members of her community, essentially asking them to buy – with real currencies – this fake money which it was then impossible to exchange then in real hard currency.

As in any pyramid scheme, the "crypto queen" and her acolytes promised to compensate those who recruited new members of the "family".

Because this is how Ruja Ignatova referred to all members of the OneCoin "club".

A system that had "similarities to millenarian sects", assured the BBC Eileen Barker, a specialist in sectarian movements at the London School of Economics.

"People believe they're part of a major project and invested in something that's going to change the world, and it's nearly impossible to get them to admit they were wrong," she explains.

And as in most cults, while the simple members pay, the leaders get rich.

French journalist Maxime Grimbert spent months in 2018 following the financial trail to uncover hundreds of front companies that allowed Ruja Ignatova and her relatives to buy luxury real estate across Europe and lead the "beautiful life".

But as financial authorities in multiple countries – be it Germany, Bulgaria or the UK – issued warnings about OneCoin's business model, investors/victims began to demand accountability. .

In particular, they wanted to know why it was still not possible to convert their OneCoin into dollars or euros.

Ruja Ignatova assured, in fact, that the value of her cryptocurrency had skyrocketed thanks to the investments made… While in reality it was the leaders of the project who fixed the value of OneCoin as they pleased.

Lost to sight in Greece

In October 2017, she was to officially announce good financial news to increasingly impatient investors during a high mass planned in Lisbon.

But she never appeared on stage and has never been seen since.

The FBI discovered that two weeks before the conference in Portugal, she had taken a flight to Athens where she seems to have vanished.

She would have discovered, by chance, that her fiancé at the time – whom she had spied on because she suspected him of cheating on him – was collaborating with the FBI, says the Wall Street Journal.

A discovery that would have pushed him to take to their heels as quickly as possible.

Since then, the craziest rumors circulate: she would have been murdered by disgruntled investors, or would still be hiding in Greece or even in Dubai, she would have returned to Germany where she grew up or she would be protected in Bulgaria by groups mafia that she helped to enrich.

But if we do not know what became of it, the fall of the OneCoin house of cards is known.

After the disappearance of "the queen of crypto", it was her brother Konstantin Ignatov who took over the business before handing it over to his mother, then to other more or less suspicious businesswomen and men who all , either arrested or have also disappeared from circulation.

The MGM studio announced, in 2020, the shooting of a film on OneCoin, called "Fake!"

The role of Ruja Ignatova should be played by Kate Winslet, an actress accustomed to disaster films like Titanic or Contagion.