Heavy rains in the central region will continue until tomorrow morning, and then heatwaves will continue through the weekend. After the weekend, it will rain again in the beginning of next week. 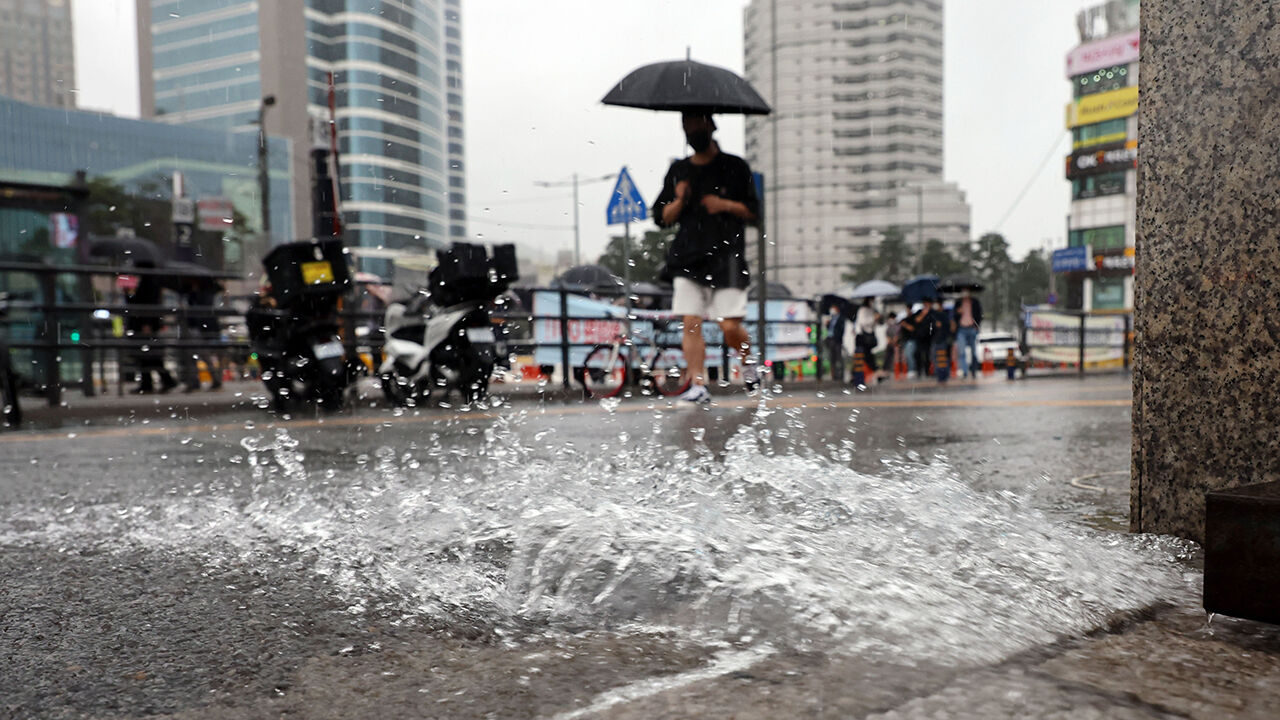 After the weekend, it will rain again in the beginning of next week.

As of 11:30 am today (30th), it is raining mainly in the metropolitan area, Gangwon, and Chungcheong.

Rain intensity in Seoul and southern Gyeonggi-do weakened to 10 mm per hour, but it may become strong again in the afternoon as rain clouds come in from the West Sea.

Currently, it is raining sporadically in Chungcheong and southern regions.

According to the Korea Meteorological Administration, from this afternoon to tomorrow morning, 50 to 100 millimeters of rain will fall in the metropolitan area and Gangwon inland and mountainous areas.

In places where it rains a lot, 150 mm more will come.

The North Pacific high pressure is expanding, pushing the stagnant front to the north.

Heatwave warnings have been issued in Daegu and Gyeongbuk, Gyeongju, Pohang, Yeongdeok, Uiseong, Gyeongsan, and Yeongcheon.

The North Pacific high pressure will further expand its power and completely occupy Korea from tomorrow afternoon to the 3rd.

Hot and humid air will continue to flow strongly and the sun will shine strongly, causing steamy heat and tropical nights across the country.

From July 1 to 3, there may be showers in various places.

From July 4, a cyclonic vortex from the tropical region will rise to the southern seas, and the North Pacific high pressure will split in two, creating a stagnant front again in the southern seas.

As a result, it will rain heavily in the southern regions.

Estimated precipitation has not been released yet, but if all water vapor in the atmosphere condenses and falls as rain, it is expected to exceed 60 mm.

If the cyclone vortex moves north faster than expected, the situation could develop faster.

The central region will be less affected by the stagnant front due to the split North Pacific high pressure mass on July 4-6, but showers will fall as hot and humid air penetrates under the cool, dry air coming down from the northwest.

At 9 am today, the third typhoon 'Chaba' occurred 640 km northwest of Manila, Philippines.

Chaba will land on the southern coast of China on July 4 and disappear, so it will not affect Korea directly, but there is a possibility that a lot of water vapor left by Chaba will flow into Korea from July 7.