Gunnam Dam discharges about 2,000 tons of water per second... "Estimated start of release to North Korea"

In the northern border region of Gyeonggi-do, where the torrential rain continues, we have to wait and see if North Korea will open the dam sluice gate and release it toward us. We connect reporters who are out on the Imjin River. 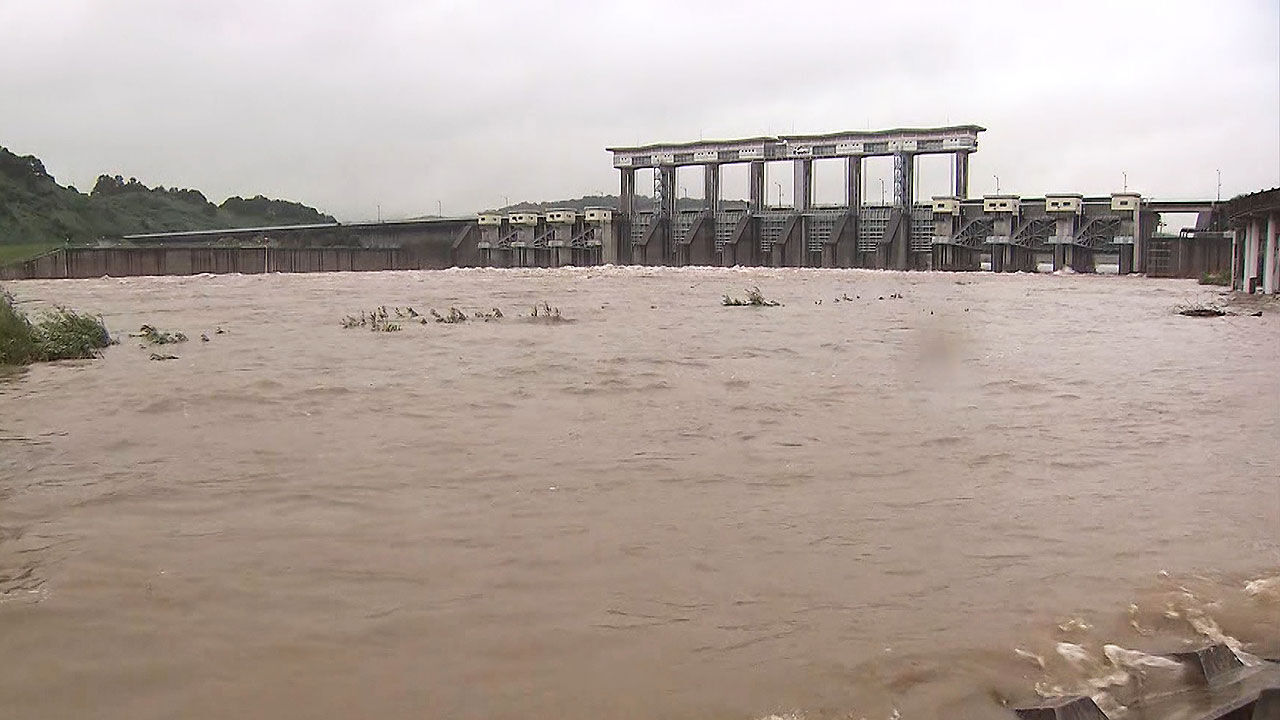 the northern border region of Gyeonggi Province, where heavy rains have continued, we have to wait and see if North Korea will open the dam sluice gate and release it toward us.

We connect reporters who are out on the Imjin River.

Reporter Bomi Kim, tell us about the current situation.

Yes, it has been raining heavily since the morning around Gunnam Dam.

A heavy rain warning has been in effect in the Yeoncheon area since 7:30 pm yesterday (29th).

The water level of Gunnam Dam is 28.2m as of 11:20 am, and the Gunnam Dam situation room opens 13 sluice gates and pours out 2,000 tons of water per second to prevent the water level from rising further.

Just 57km from here, there is North Korea's Hwanggang Dam, which has about five times the amount of water stored in Gunnam Dam.

An official from the Ministry of Environment said in a phone call with SBS reporters, "We haven't received any official notice, but considering the rise of the Pilseung Bridge and Gunnam Dam, it is presumed that the floodgates of Hwanggang Dam have been opened."

It is known that North Korea is not responding to the South Korean government's request for prior notice upon release.

How about other places in northern Gyeonggi-do?

Heavy rain warnings have been issued for all areas in northern Gyeonggi, so tensions cannot be put down.

The water level at Pilseung Bridge, the main observation point of the Imjin River, is gradually lowering to 3.48m at 11:20 am.

The water level of the Hantan River Dam rose between dawn and is now slowly lowering to 60.2m.

There was also damage overnight, and a total of 6 accidents in which houses were flooded or trees fell in the Goyang-si and Paju-si areas were reported to the fire department.

As heavy rain is expected today, the authorities are continuing to monitor the situation closely.