Until at least the 30th, it will rain heavily as the congestion front goes up and down in Korea. According to the Korea Meteorological Administration, the amount of precipitation in the metropolitan area, Gangwon inland, Gangwon mountainous area, Chungnam, central Chungcheong and North Chungcheong Province is expected to be 100-200 mm from today to the 30th. 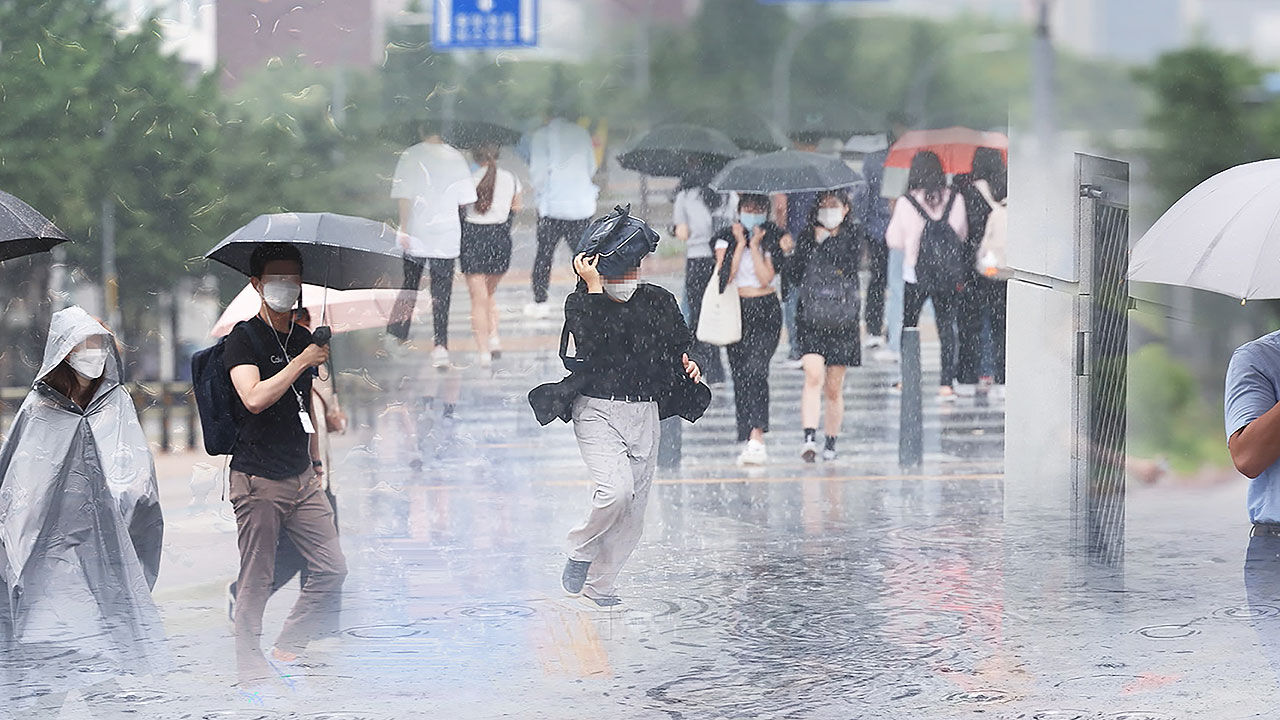 Until at least the 30th, it will rain heavily as the congestion front goes up and down in Korea.

According to the Korea Meteorological Administration, from the 28th to the 30th, the amount of precipitation in the metropolitan area, Gangwon inland, Gangwon mountainous area, Chungnam, central Chungbuk, and North Chungcheong is expected to be 100 to 200 mm.

In places where it rains heavily in the metropolitan area and in the inland and mountainous regions of Gangwon, the precipitation will be more than 300 mm.

In the northwestern part of Jeollabuk-do and northern Gyeongbuk inland, it is expected that the precipitation is more than 150 mm.

The Meteorological Administration expects heavy rain to fall in the metropolitan area, Gangwonyeongseo, and northern Chungcheong from tonight to tomorrow morning.

After that, it is expected that precipitation will be concentrated in southern Chungcheong and northern Jeonbuk from noon to evening tomorrow.

In addition, heavy rain is expected from tomorrow night to the morning of the 30th, mainly in the central region.

The cold, dry air drawn down from the north by low pressure will collide with the hot and humid air on the stagnant front, resulting in heavy precipitation.

Until tomorrow, the North Pacific high pressure will remain in the south of Japan, and the cold, dry air coming down from the north will push the stagnant front to the south more than the force to lift the front to the north.

Therefore, the congested front will stay in the northern part of the metropolitan area until dawn tomorrow, and then go south to southern Chungcheong and northern Jeollabuk-do during the day tomorrow.

As the North Pacific high pressure expands, the stagnant fronts in southern Chungcheong and northern Jeollabuk-do will again go north to the central region and the width of the front will become narrower.

Accordingly, the rain cloud belt, which has developed very strongly in the central region, will continue to stay.

This rain will be heavy as the 'lower jet', a wind with a wind speed of 15 m/s or more, blows water vapor from the lower atmosphere along the edge of the North Pacific high pressure.

The lower jets get stronger at night, so heavy rain will come in the middle of the night.

Also, since the rain cloud belt is narrow from north to south and long from east to west, there will be a large difference in precipitation by region.

Therefore, there is a good chance that it will rain again from the afternoon of the 3rd of next month.

The Korea Meteorological Administration explained that the forecast of the barometer in the future is highly volatile as tropical disturbances in the South China Sea and the Philippine Sea may shake the barometer.