President Seok-Yeol Yoon arrived in Madrid, Spain on the night of the 27th and entered a five-day, three-night itinerary to attend the NATO summit. President Yoon arrived at Madrid Barajas International Airport at around 9:30 pm on the same day via Air Force No. 1, the presidential plane. 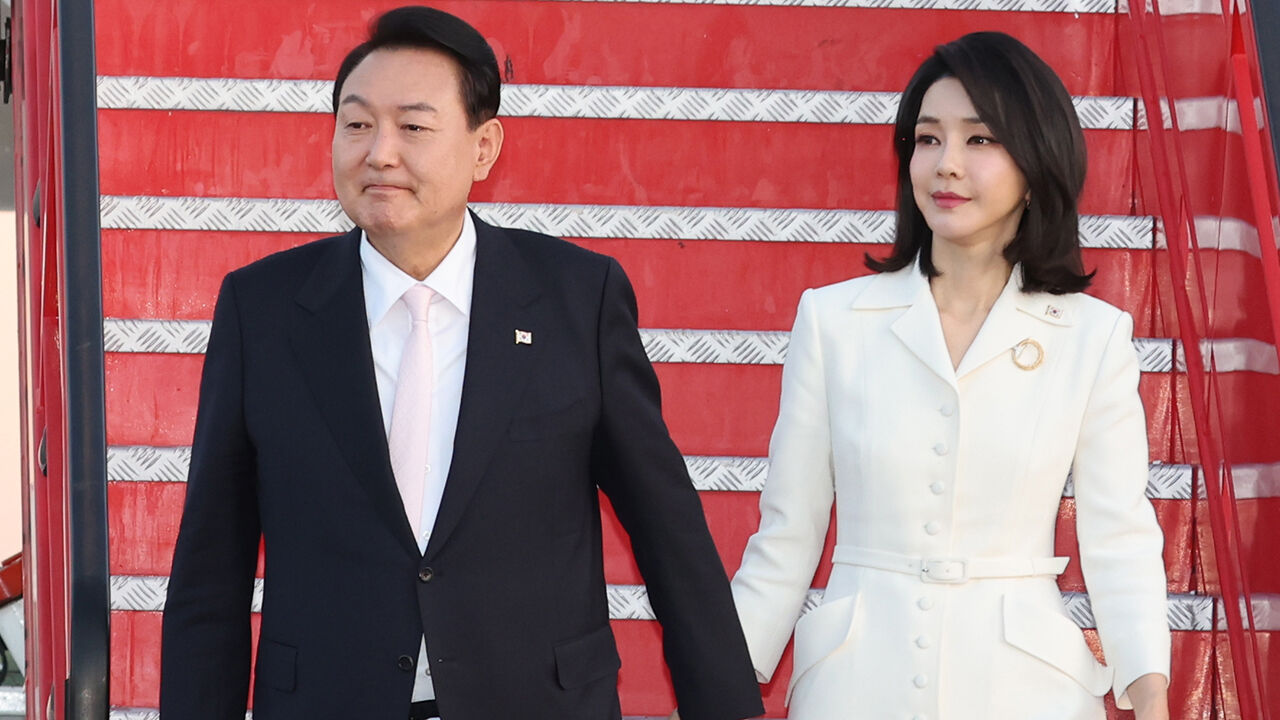 President Yoon Seok-yeol arrived in Madrid, Spain on the night of the 27th (local time), and entered a five-day, three-night schedule to attend the NATO summit.

President Yoon arrived at Madrid Barajas International Airport at around 9:30 pm on the same day via Air Force No. 1, the presidential plane.

It has been about 14 hours since he left Seoul Airport in Seongnam, Gyeonggi Province.

President Yoon slowly descended the trap while holding the hand of his wife, Kim Gun-hee, and then shook hands with Park Sang-hoon and his wife, Spanish Ambassador to Spain, and Javier Salido, Asia-Pacific Director of the Spanish Ministry of Foreign Affairs, who were waiting in turn.

Originally, Seldran was supposed to receive the reception, but it is known that the Spanish side raised the rank and sent the head of the Asia Pacific Bureau.

President Yoon was wearing a navy blue suit and an open pink tie as he did when he left Korea, and Mrs. Kim was wearing the same white long-sleeved dress.

Afterwards, President Yoon and his wife left the airport in a waiting car and headed to their dorm.

As we arrived at night, we did not have an official schedule.

President Yoon shook hands with reporters who accompanied him on the plane earlier.

To the question of 'what kind of mindset did you have for your first tour?', he answered, "Do you have any special mindset?" and to the question 'Isn't it hard (from a long flight)?', he explained, "I couldn't rest. I was looking at the data."

He explained that he also watched and read Premiere football in between.

When asked if he was well prepared, President Yoon, who handles at least 14 diplomatic events over three days, said, "Only the multilateral talks or the talks with partners invited by NATO allies are about two and a half hours, and the rest of the talks are short and long. can't," he explained.

He added, "I don't have a lot of time (between normal times), so it's like, 'I'll see you again' after we get to know each other and check simple issues. We should meet."

She responded with a thin smile to the successive questions of 'How was the flight' and 'How was your condition after a long flight?'

President Yoon turned to Ms. Kim with a smile and said, "Are you talking?"

She later said "thank you" in a small voice.

This is the first time Mrs. Kim has officially greeted her reporters.