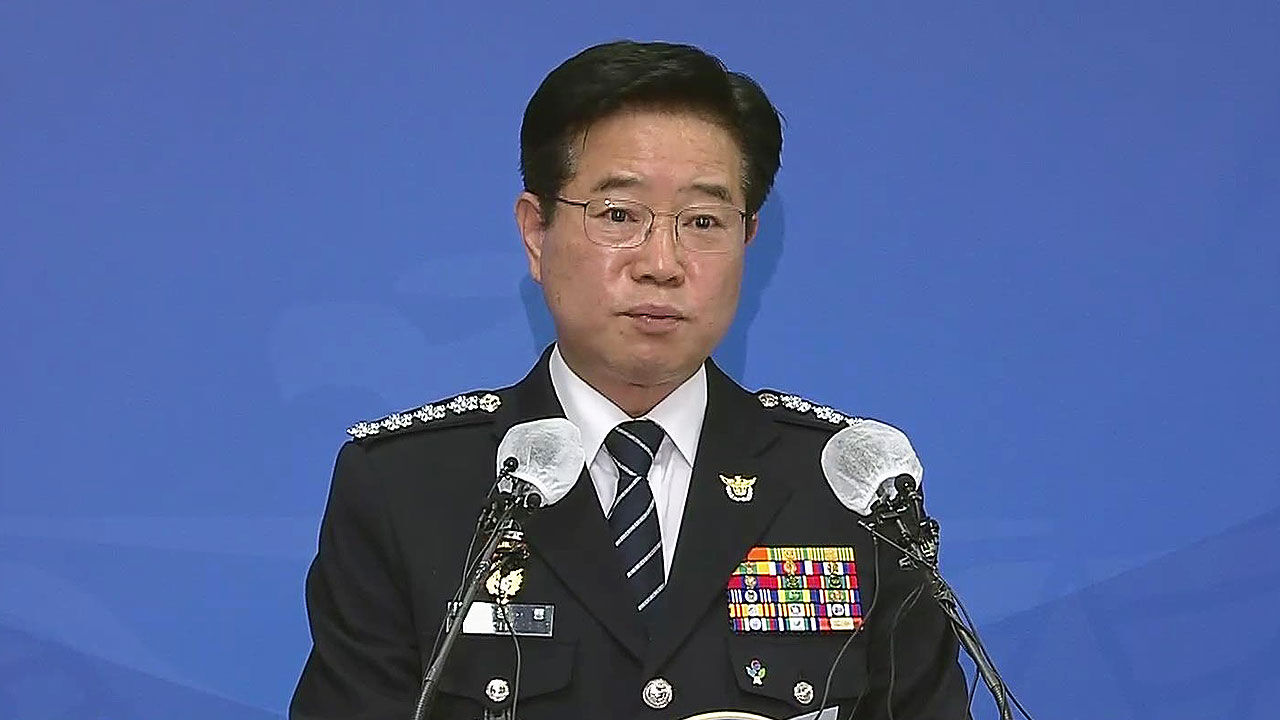 Commissioner Kim Chang-ryong said today (27th), "As a result of deep consideration of the role and responsibilities I have been given as the Commissioner of the National Police Agency, I have decided that it is best for me to resign at this point."

After expressing his resignation this morning, Commissioner Kim issued a statement again and said this.

Commissioner Kim said, "First of all, I apologize for not being able to come up with an optimal plan from the people's point of view regarding the discussion with the Advisory Committee on Police System Improvement of the Ministry of Public Administration and Security."

He added, "I am deeply grateful to my fellow police officers who showed sincere passion for 'what is the direction of the police for the people', and I express my regret and sorry for not being able to live up to such aspirations to the end."

Commissioner Kim said, "Over the past history, our society has learned a lesson that strengthening the neutrality and democracy of the police is the key factor moving toward the people's police. The police have made progress to the point of being recognized as the world's highest level of stable security," he said.

He continued, "The (Ministry of Public Administration and Security Advisory Committee) recommendations are to change the basis of this police system, and the police have consistently emphasized the need for a wide collection of opinions and in-depth review and discussion in consideration of its influence and ripple effect."

Commissioner Kim said, "Even though I am resigning as chief of the National Police Agency here, I hope that discussions on the development of the police system for the people will continue in the future." believe," he urged.

He also said, "I ask for your unstinting attention and support from the people, and I hope that through this process, the police will be able to stand upright as an organization that can only look at the people and work."