A paradise in Bajo Ampurdán: these are the three towns that will make you fall in love

In the heart of the Costa Brava, in the Girona region of Bajo Ampurdán, there is a small paradise by the sea in which the historical traditions and... 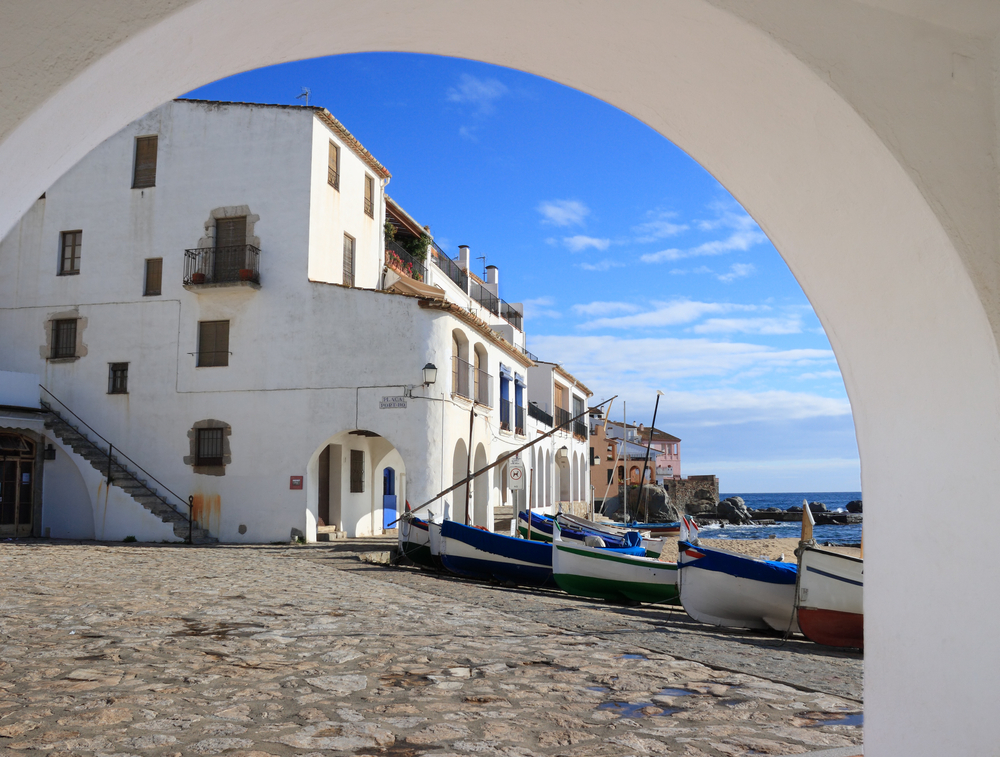 In the heart of the Costa Brava, in the Girona region of Bajo Ampurdán, there is a small paradise by the sea in which the historical and cultural traditions are still intact and, what is more important, the urban physiognomy of low uniform houses, with their white painted facades and reddish roofs that contrast with the turquoise blue of this part of the Mediterranean.

We are talking about the

and, more specifically, about the little towns that dot its coast.

Between the easternmost foothills of the mountainous formations of Las Gavarres and those of Begur, the coastline of the municipality, whose main city Palafrugell is inland, covers 12 kilometers in which the charming Calella, Llafranc and Tamariu are located, three small towns urban surrounded by rocks, cliffs, beaches and hidden corners of great beauty that are worth discovering.

We tour the coast on foot, stopping at each one of them.

It is, without a doubt, one of the most beautiful towns on the Costa Brava.

is located on a rocky coast on the shores of impressive turquoise waters that bathe numerous coves.

Its historic quarter is made up of narrow streets flanked by old fishermen's houses with white facades and sloping tiled roofs, decorated with colorful flowers.

In front of the old town are

the beaches of Port Bo, Malaspina and Canadell

On the sand of the first one you can see the colorful boats of the fishermen, while above, on the promenade, you will find the buildings with vaulted arches, known as

, and numerous restaurants and bars to enjoy the local gastronomy.

The Port de Malaespina beach preserves the old porches, with their doors painted in cheerful colours, where the fishermen kept their boats and tools.

To get the best panoramic view of Calella, you have to go to

2 km outside is the

, built in 1931 with medieval aesthetics by a Russian officer who arrived at the place after the Russian revolution of 1917. Next to it, on the cliffs, is the

20 hectares that are home to more than 800 botanical species.

From Calella you can reach the neighboring Llafranc by a

included in the Camino de Ronda of the Costa Brava.

The signposted walk leaves from Canadell beach and runs along the coast with incredible views.

The pretty fishing village of white houses has just over 300 inhabitants and the town center is grouped around the 340-metre-long beach, protected by the Sant Sebastià mountain, and in whose waters pleasure boats anchor.

On the beach, the tree-lined promenade (Paseo de Cypsele) houses bars, restaurants, ice cream parlors and other shops that make this town a very lively place in summer.

At the north end are the yacht club and the port, sheltered by the

Behind the port, the Camino de Ronda leaves again, which leads to neighboring

(about three hours) along a path (follow the GR-92 route) with the best views of the place.

The route crosses the

, made up of the remains of an Iberian site from the 6th century BC, the Torre de Guaita watchtower, from 1445, a baroque hermitage and inn, and the Sant Sebastià lighthouse. , which, together with its viewpoint, is located at the top of the mountain (at an altitude of 165 m).

The route continues along the coast between forests and with ups and downs, passing through Cala de Gens and

It is the smallest and quietest town of the three, but of equal or greater beauty.

With a seafaring tradition, it has an almost virgin appearance due to the landscape that isolates it, covered with rocks and dense vegetation.

Its coast is dotted with coves with deep, transparent waters and the town center is made up of narrow alleys.

The main beach is quiet and family-oriented and above it is the promenade, full of bars and restaurants

, surrounded by rocks and cliffs, with a hundred-year-old barrack.

Another recommendable cove is

, to the north, between trees and with a jetty.

This tour can also be done by canoe, kayak or boat.

Boats are available for rent in any of the three towns.

Paella, suquet de peix, arroz caldoso, fresh fish... are the main dishes in the restaurants of any of the three towns mentioned.

And if you taste them looking out to sea, the experience is even more pleasant.

On the Port beach in Calella, the

On the Paseo Marítimo de Llafranc,

On a cliff with incredible views of the Mediterranean Sea and the town, this charming hotel with rooms decorated in no detail is a three-minute walk from the beach.

It is worth having dinner on the terrace of its restaurant.

*By reserving these accommodations through our website, readers will not get discounts or additional benefits, but they will contribute to Metrópoli obtaining a commission for each reservation as an affiliate of the Booking.com program.