6 skills that help detect a used car accident before buying

Experts in the world of cars advise consumers who are looking to buy used cars as a suitable alternative to save money compared to buying new cars, to possess six skills that help them detect whether the used car to be purchased has been in a traffic accident and has been repaired.Experts explained that 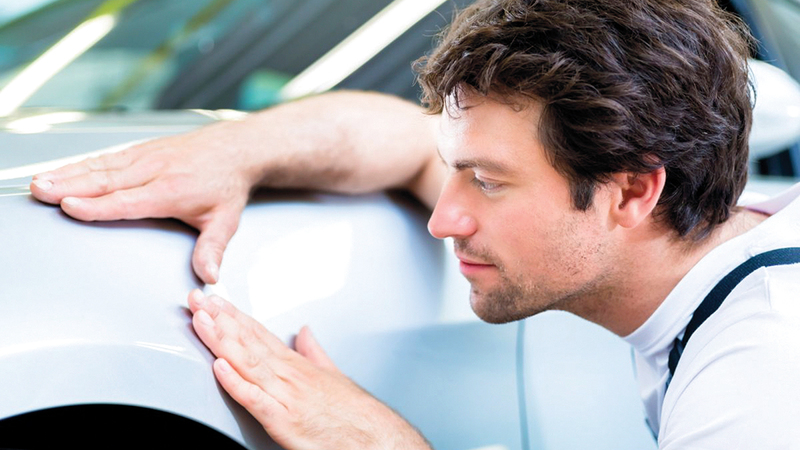 6 skills that help detect a used car accident before buying

The visual inspection is one of the most important skills that can be relied upon in detecting the exposure of a used car to a previous accident.

Auto experts advise consumers looking to buy used cars as a convenient alternative to saving money compared to buying new cars, to have six skills that help them detect if the used car they want to buy has been in a traffic accident and has been repaired.

The experts explained that: “Many of those who bought used cars were deceived by dealers and owners of car stores, and that they had been subjected to a previous accident before they were repaired, especially if the repair operations were aimed at concealing the effects of the accident and in order to raise the value of the car, which may It displays it after the completion of the sale process for the possibility of the emergence of problems that require additional payments to be repaired.”

The experts added: "Reliance on the human senses, whether touch or sight, is one of the six skills that can be relied upon, in knowing whether the car to be purchased has been in a traffic accident."

"Emirates Today" monitors, according to websites specialized in the world of cars, most notably the American "Car Cares", the six skills that can be relied upon in detecting whether the used car to be purchased has previously been in a traffic accident, according to the following: Windshield cracks often indicate Or the rear end of the car due to a severe collision that resulted in the appearance of these cracks, and when you notice them, even if they are small, you must ask about the reason for their appearance.

The headlights are one of the easy parts to break in the event of a frontal collision, so when you go to buy a used car, you must compare the headlights and taillights, and the degree of unevenness of their glass purity.

The appearance of any exaggerated torsion or cracks in the front and rear bumpers, indicating that they were in a collision situation, which calls for a careful examination of the rest of the associated chassis parts and to ensure that they are free from the effects of those collisions.