'I don't know' after receiving money for interior construction... The mediation platform is 'behind the scenes'

Nowadays, it is often the case that the interior of the house is also contracted with a construction company through a relay platform. However, there are reports of damage done by contracting like this one after another. 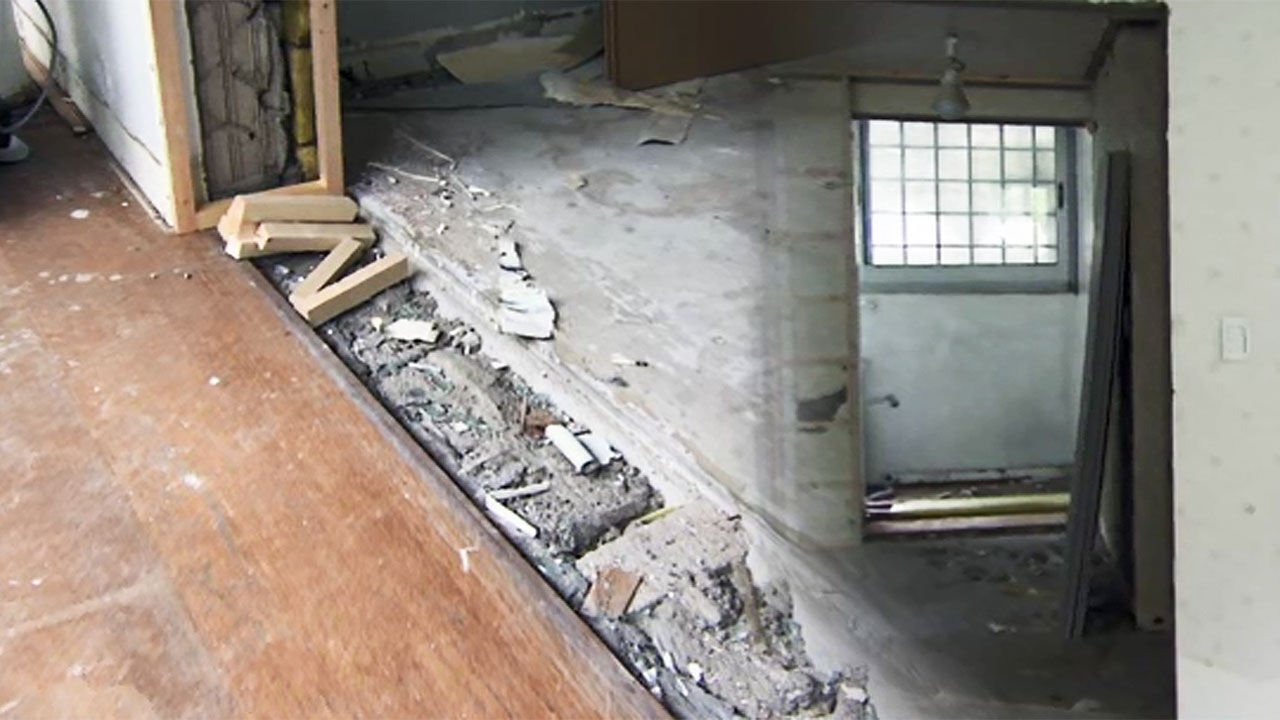 These days, it is often the case that the interior of a house is also contracted with a construction company through a relay platform.

However, there are reports of damage done by contracting like this one after another.

When I asked the relay company, they said that they only provided a connection and were not responsible.

This is an apartment building in Cheongju, North Chungcheong Province.

Originally, it was a house that was about to undergo interior construction, but as you can see here, the wallpaper is torn all over the place.

And building materials are scattered all over the floor.

Mr. A signed a construction contract with a company through a famous brokerage platform in April to renovate the house before moving in.

He paid 30 million won as requested by the company, such as down payment and material costs, but the construction schedule, which was supposed to be completed in a month and a half, continued to be delayed.

Four of Mr. A's family members who have to move out of their home soon need to find temporary housing.

However, they said that we kept honing it (it came because we came, and we had the materials).

Just pretending to be doing something.]

Mr. B, who paid 44 million won to a construction company on another famous brokerage platform to do interior work.

As the construction, which was supposed to be finished in four or five weeks, was extended to almost three months, B's family had to stay in the hotel for a month.

But the damage did not end there.

When I moved in, it was because there were defects in various parts of the house, such as the wallpaper floating.

When Mr. B protested, the construction company avoided meeting.

[Mr. B / victim customer: Her grandmother passed away, Corona Da, what happened to her staff.

She also claimed that she had a car accident (excuse me)]

When I complained about damage to the brokerage platform that connected the construction company, they were not responsible, and only to report it to the police came back.

[Mr B / victim customer: We only do mediation.

If you look at the contents of the contract, it says 'I am not responsible'.

So I said that I would do (construction) there, I will do it by tomorrow, it's over.]

[Mr./Victim: (Construction company) information cannot be provided, you have to go to the police station to talk.]

The two brokerage platforms are problematic In response to a question from SBS reporters asking if there is any separate action against the company that occurred, they said that if a report of damage is received, necessary measures will be taken, such as reducing the star rating depending on the degree of damage.

However, Mr. A and Mr. B joined the KakaoTalk chat room created by the victims of the construction company they contracted with, and the number of members in the two chat rooms is over 20.

--- Reporter Kim Min-jun who was reported and covered by

[Reporter Min-Jun Kim: According to the E-commerce Consumer Protection Act, if a platform company informs you that I am a 'broker' in the sense that I am not a sale, but a connection, that is, only an intermediary, it does not have to take legal responsibility for consumer damage.

The two intermediary platforms you saw earlier talked about taking the necessary measures against the construction companies in question.

When I looked at the contents, it was a situation in which only measures were taken to the extent of reducing the star rating or excluding it from the list exposed to this platform company in extreme cases, but did not compensate or provide AS for the consumer damage that has already occurred.

One platform dispatches a management supervisor to the site to ensure that the construction is being carried out as per the original contract.

When I checked it out, it was pointed out that it was not enough to prevent damage because it was just a simple monitoring to check the progress.

Hear the stories of real victims.

] [Victim customer: I wish (management supervisor) would take some corrective action, but they just came and

They took joint responsibility for consumer damage and promoted the amendment of the law so that consumers can also make claims against platform operators.]

[Seochiwon Lawyer/Minbyun Fair Economy Team Leader: If the (platform) played an important role in the contract signing process, the transaction relationship If something goes wrong or there is a problem, the platform must jointly take responsibility.]

[Reporter Min-Jun Kim: Several bills with a similar purpose have been proposed in the National Assembly.

The cow has not crossed the threshold of the standing committee and is pending.

However, since the events that occur after the conclusion of the contract between the seller and the consumer are not directly related to the profits of the platform company, it is a structure that platform companies tend to neglect.