We reported last year that sexual harassment allegations arose in the Jingak sect, one of the major sects of Buddhism in Korea, with 800,000 members. 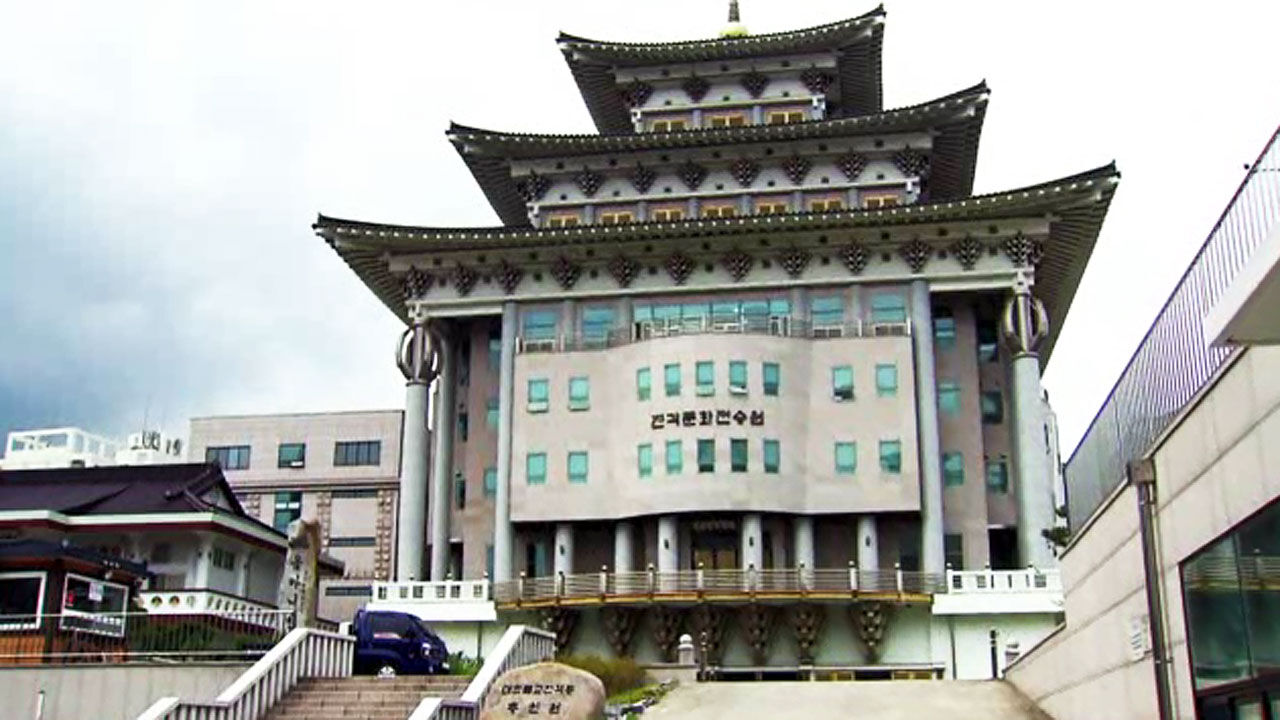 We told you last year that sexual harassment allegations were raised in the Jingak sect, one of the major sects of Buddhism in Korea, with 800,000 members.

Disciplinary action was given to the perpetrator after the report, but as a result of a recent confirmation, that was not the case, and the victim was sent to another area.

We will continue the story after watching the exclusive coverage of reporter Park Se-won.

After joining the Jingakjong Foundation in 2017, Mr. A was sexually harassed by a monk in his 50s, who was the boss of the same department for several years.

On December 29, last year, when Mr. A sued Mr. B to the police, SBS reported

It is a disposition that only maintains the status of a monk and suspends all positions within the sect.

However, it was confirmed that this disciplinary action was abruptly suspended two months later.

This is because Chong-in, the supreme leader of the Jin-gak sect, did not allow disciplinary action, saying that an investigation into the truth was necessary.

The victim, who found out about this late, requested an interview and met Chong-in, who blamed Hyun Jung-won.

[Jingakjong General: (The monk) made a mistake, so investigate this.

It's not done in Hyungwon right now.

In response, Hyun Jung-won told SBS reporters that there was no room for investigation.

However, on the 17th of last month, the Jingak Order transferred Mr. A, who was working at the Seoul parish office, to the Daejeon parish office.

Person A, who was notified of the appointment through KakaoTalk, claimed that the appointment was unfair and applied for an interview, but only received such an answer during the interview.

[Jingak official: In a respectful way…

Anyway, there are things that are a little unsatisfying with (B).]

Mr. A recently applied for protection measures to the Anti-Corruption and Civil Rights Commission to cancel his appointment.

[A/Victim: Not only religion, but also a little bit of disillusionment with people.

The process of responding...

There is no guarantee that something like this won't happen again.]

The Jingak sect explained, "There is a possibility that Mr. B, who works in a local area, will meet Mr. A whenever he visits the Seoul Parish Office, so it is a measure to separate them as much as possible."

Regarding the suspension of disciplinary action, he said, "We will reopen the disciplinary committee according to the results of the police investigation."

Q. What is the progress of the investigation?

[Reporter Park Se-won: The police have booked and investigated Mr. B, which Mr. A has sued, on charges of using work force, etc. under the Sexual Violence Punishment Act.

B said there was physical contact during the police investigation, but he did not intend to molest, and he is known to deny the allegations.

It seems that it will take some time for the investigation results to come out as the two sides' positions are diverging.

If this happens, the holding of the Jingak disciplinary committee, which was scheduled to reopen according to the results of the police investigation, will inevitably be delayed.

The victim's side suspects that both the gunman, who is said to be the highest authority, who did not allow disciplinary action on the ground of his own fact-finding, and Hyun Jong-won, the inspectorate of the Jingak Order, who said he could not afford to investigate the case, are only wasting time with the excuse of the police investigation. ]

Q. What about the second offense?

[Reporter Park Se-won: It is said that there were cases where someone found the identity of the victim and came to the victim and asked about the case.

Also, the day after last year's SBS report, there was a closing ceremony inside the Jingak Bell.

Victims also attended the closing ceremony, and it is said that a high-ranking monk made a second offensive remark.

Let's listen to the remarks at that time.]

[High-ranking monk of the Jingak Order (Jingak Order): Bringing out the problems within the Order is an act of disobedience.

I'm sure he'll be held responsible for it too.]

[Mr. A/Victim: Rather, a few weeks ago (one member of the believer) said he knew everything about what was happening on the show, so he asked, is it you?]

[Reporter Park Se-won: We will keep watching to see if this kind of damage will occur again in the process of disciplinary procedures for Jin Gak-jong.]