An investigation is underway into the donations of Seongnam FC, which was acquired by Rep. Jae-myung Lee as Seongnam Mayor during his tenure as mayor of Seongnam. The core of the allegations raised is whether large corporations such as Doosan E&amp;C, Naver, and Nonghyup paid sponsorship money to Seongnam FC in exchange for resolving the current issue. 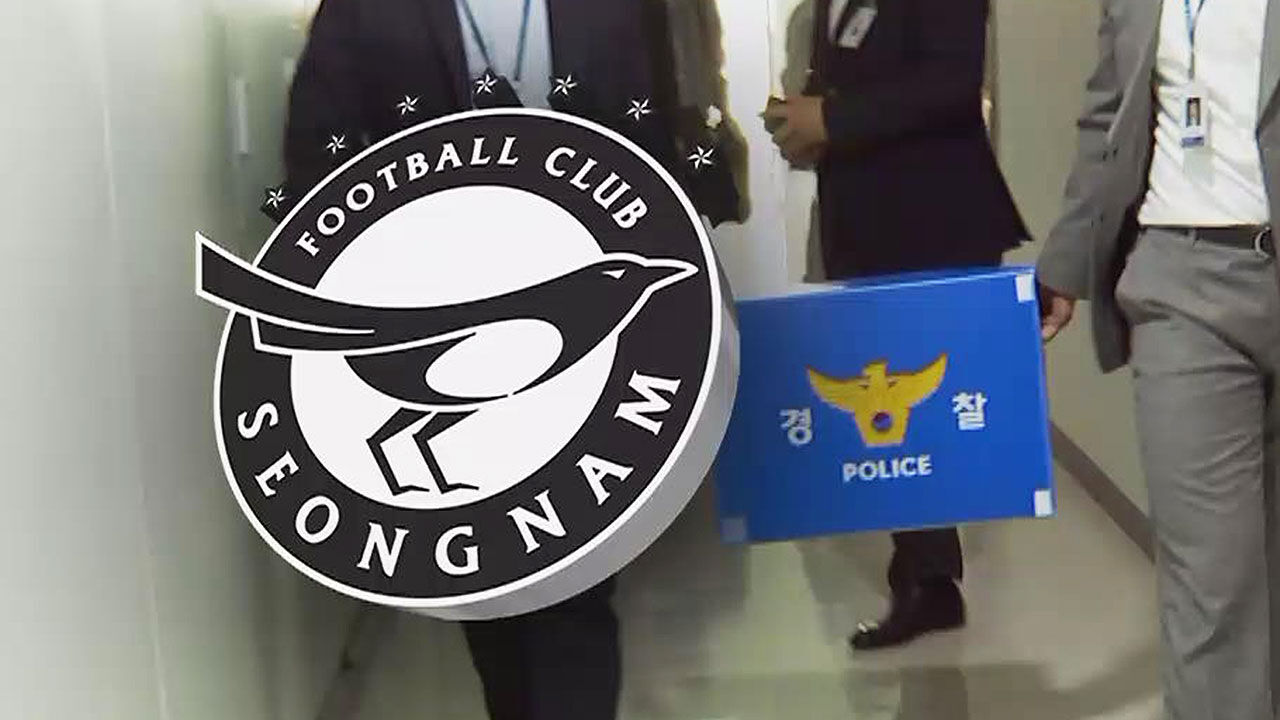 An investigation is underway into the donations of Seongnam FC, which was acquired by Rep. Jae-myung Lee as Seongnam Mayor during his tenure as mayor of Seongnam.

The core of the allegations raised is whether large corporations such as Doosan E&C, Naver, and Nonghyup paid sponsorship money to Seongnam FC in exchange for resolving the current issue.

The party raising the allegations argues that the structure of this case is similar to Samsung's horseback riding support in the Park Geun-hye National Nongdan case.

The gist of 'Samsung Equestrian Support', which was accused of bribery in the National Nongdan case, was that former President Park Geun-hye asked Samsung to provide horses, and Samsung, which had issues to resolve such as succession, gave the 'third party' Choi Seo-won and Jeong Yu-ra to mother and daughter. that it provided benefits.

(The special prosecutor applied 'bribery' to this charge, and the Supreme Court also confirmed the conviction of bribery. It is the claim of the party raising suspicions that if Lee Jae-myung was replaced by Seongnam Mayor at the time, Samsung was supported by large corporations, and Choi Seo-won and Jung Yu-ra were replaced with Seongnam FC, the same composition would be the case.

The police dismissed the allegations once, but the investigation team at the Seongnam Branch of the Suwon District Prosecutors' Office, who took over the case through the complainant's objection, suggested earlier this year that a supplementary investigation into the donation process and usage history is necessary.

However, when Seongnam Branch Director Park Eun-jung ignored the opinion of the investigation team, Deputy Prosecutor Park Ha-young of the Seongnam District Office resigned in protest. That's it.

Rep. Lee Jae-myung's side said that the continuing allegations were absurd.

'performance' and there was no unfair reward.

He also protests that it

is clearly different from providing benefits to Choi Seo-won, a mother and daughter of 'non-good tax', and attracting donations from an openly acquired civic club .

Representative Lee Jae-myung said, "Even though the police have already cleared the charges, the authorities are abusing sports for politics," and said, "It is unfortunate that only the Amen Citizens' Clubs are suffering."

In a situation where the investigation's clock is running, it seems difficult for the suspicion itself to suddenly disappear like smoke.

Therefore, it is important to clarify whether this allegation is true or not.

And the key to clarifying the allegations is to reveal two things: ▲Whether there was an illicit payment for large-scale donations to large corporations ▲How the donations came in and how they were used.

In relation to the core of this suspicion, the SBS Investigative Reporting Team has obtained all the records of Seongnam FC's corporate advertising sponsorship and deposit and withdrawal records since 2014.

It is the starting point for investigating the allegations as to when, under what name, and how much money the companies under suspicion were raised, but these are materials that have not been disclosed due to the refusal of Seongnam City and Seongnam FC so far.

SBS Investigative Reporting Department analyzed all the deposits and withdrawals of Seongnam FC corporate accounts and summarized when and how much donations were made by companies after the conversion to a civic club.

According to the analysis, in 2014, the first year of conversion to a civic club, Seongnam FC earned 2.3 billion won in advertising revenue from nine companies.

<Table 1> above summarizes the companies and amounts that have spent advertising money on Seongnam FC.

In 2014, Nonghyup Bank provided the largest amount of advertising support with KRW 1.4 billion.

At the time, the Nonghyup was about to be redesignated as a safe for Seongnam City, raising suspicions that it may have paid out donations in hopes of a reward.

What stands out is that a construction developer called 'Blue Wirye Project' paid the second largest amount of 500 million won in advertising support.

'Blue Wirye Project' is a company established by lawyer Nam-wook and accountant Jeong Young-hak, who are being tried in the so-called 'Daejang-dong case', while promoting the Wirye new town development project with business partner Jeong Jae-chang.

'Change of use' Doosan E&C also sponsors the first

In 2015, the following year, the amount of advertising support for 15 companies soared to 8.1 billion won.

The largest donation was made to CHA Hospital, which provided 3.3 billion won in advertising support per year.

In May 2015, CHA Hospital signed an agreement with Seongnam City on the long-awaited project, 'Creation of an advanced (stem cell) medical facility'.

'Hope Salim' has been running 'Jubilli Bank', which helps the vulnerable in debt relief, but as a result of SBS coverage, Hope Salim's donation to Seongnam FC was not its own funds, but 4 billion won from Naver's funds. Confirmed.

In addition, Nonghyup, Alpha Dome City, Doosan E&C, and Hyundai Department Store were found to have executed advertisement sponsorship money as shown in <Table 2> in 2015.

Currently, the investigative authorities are focusing their investigations on Doosan E&C in particular.

Seongnam City changed the use of Jeongja-dong Hospital in Bundang-gu, owned by Doosan Group, to commercial use in 2015, and Doosan Group later built the 37-story Bundang Doosan Tower on this site.

'Hope Salim' and Doosan E&C, which donated the most in the previous year, paid the largest amount of KRW 2 billion each.

This is the first time that the exact times and how much money the companies suspected of paying for in return have been officially revealed to Seongnam FC.

Seongnam FC "Due to relegation and accusations from Division 2"

In 2018, six companies donated KRW 1.8 billion, reducing the amount of donations by more than half from the previous year.

As the advertising subsidy decreases, the advertising promotion bonus paid to his aides during his tenure as Mayor of Seongnam Lee Jae-myung will also disappear from 2018.

According to the <Seongnam FC Subsidy Execution Audit Report> obtained by SBS, Seongnam FC reveals that it has become difficult to raise funds due to the relegation of the 2nd division and accusations of investigative agencies as to the reason for the sharp drop in advertising support since 2018.

Rep. Jae-myung Lee's side is that it is 'capability' and 'performance' that attracted large donations to the citizen club that he took over during his tenure.

He argued that he did not promise any unfair price or took any unfair payment, and that he was just working hard for the development of the citizen's club and attracting donations from companies.

The Seongnam FC sponsorship allegation is also linked to the public evaluation of politician Lee Jae-myung, who is still positioned as the most influential next-generation presidential contender, apart from the legal punishment area.

However, if public authority is used to draw costly money from corporations and the people around them have taken unfair advantage of this process, this suspicion can be evaluated as an example of politician Lee Jae-myung's abuse of power.

The SBS Investigative Reporting Department's 'Sold to the End' team will continue to investigate the circumstances of the investigation and clues that will determine the nature of the donation.