[Disclosure] Is this the first prison like this in Korea? 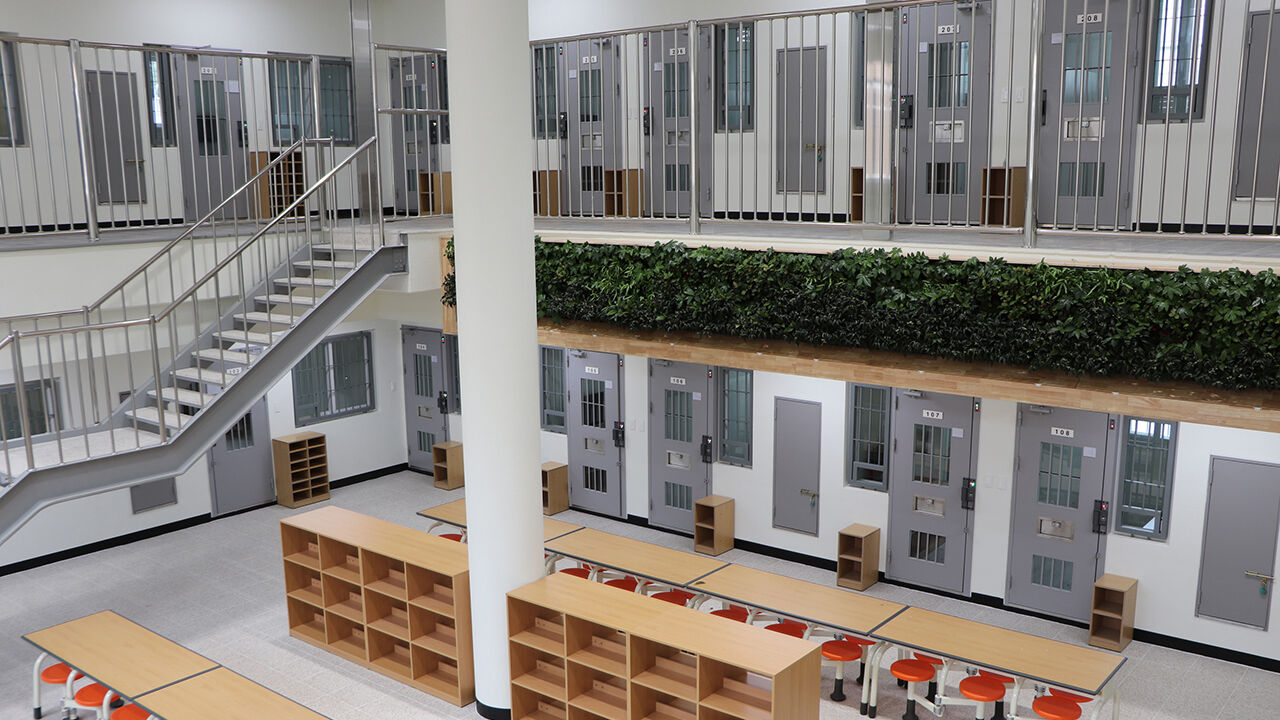 The interior of the new Armed Forces Prison has been revealed.

Ahead of the completion ceremony today (23rd), the military conducted a preliminary briefing on the newly built Armed Forces Prison located in Icheon-si, Gyeonggi-do on the 20th for the media.

The new Armed Forces Prison was built with a new type of 'hall type (or dayroom type)' structure that has not been seen in domestic prisons.

The hall-type structure has a high ceiling in the form of placing the reception room around the hall, which is a multi-purpose space, at the center.

In the meantime, the appearance of prisons familiar to the domestic public is a 'telephone pole type' with a long dark hallway with prison cells on either side or on either side.

Hall-type prisons were already common in developed countries such as Northern Europe, but this was the first time it was applied in Korea.

The Jeon-ju type has the disadvantages of exposing the position of workers and creating a monitoring gap, and requiring a lot of manpower because the correctional staff moves from one end to the other and inspects each accommodation room.

However, the hall type is an advantageous form for guarding and monitoring so that the working space of correctional personnel is placed near the entrance so that the internal multi-story structure can be seen at a glance.

State-of-the-art monitoring technologies and security systems, such as breathing sensors and artificial intelligence (AI) monitoring, were applied to the prison wing ahead of private prisons.

In addition, the ratio of single-living rooms was increased to 76%.

"From the design stage, we reflected the advice of the best correctional experts in Korea to create a solid security and comfortable environment," said Jeon Chan-yeong, head of the Ministry of National Defense's investigation division. said.

▶ [Disclosure] What will the inside of the new Armed Forces Prison look like in 37 years ?

※ The Armed Forces Prison was established on March 1, 1949 as an army prison.

After passing through Yeongdeungpo, Daegu, Busan, and Seongnam in Seoul, it moved to Icheon-si, Gyeonggi-do in 1985 and settled there.