The incubation period of monkey pox is up to 21 days... "Quarantine limit, voluntarily report"

As the first confirmed case of monkey pox in Korea, the government raised the infectious disease crisis alert level to caution and entered the emergency system. In addition, we decided to bring in 500 treatments for the first time next month. 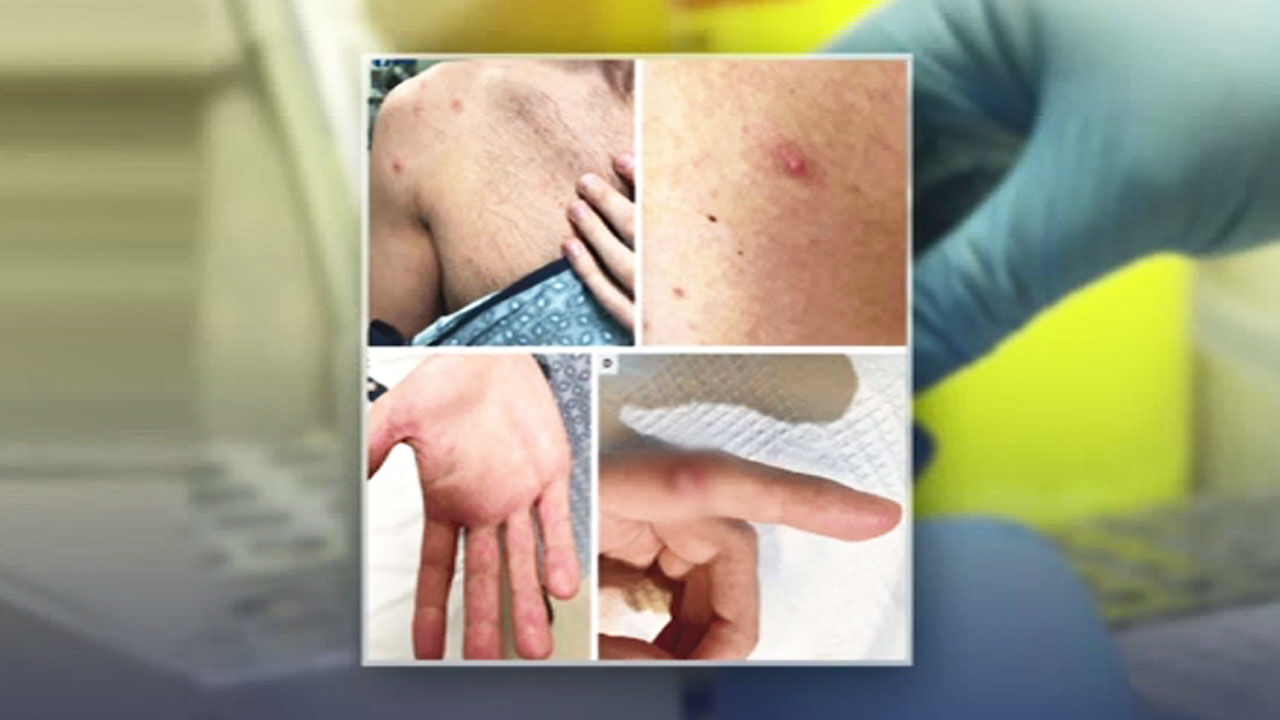 With the first confirmed case of monkey pox in Korea, the government raised the infectious disease crisis alert level to caution and entered the emergency system.

In addition, we decided to bring in 500 treatments for the first time next month.

At the same time, some point out that the current quarantine method has limitations, which was pointed out by reporter Han Seong-hee.

The first patient with monkeypox in Korea experienced a mild fever of 37 degrees and sore throat when arriving at Incheon International Airport yesterday (21st).

Blisters appeared on his skin.

If he hadn't reported it, he would most likely have passed through quarantine.

At the quarantine station, a fever check will be conducted and a health questionnaire will be submitted.

It is an incubation period of up to 21 days, so there is no way to filter it if you do not show any symptoms or if you have symptoms and just pass by.

[Lim Sook-young / Central Quarantine Countermeasure Headquarters Situation Manager: It is true that there is an aspect that it is difficult to confirm (monkey pox) at the quarantine stage.

Because there are limitations, please report it voluntarily through the health status questionnaire (request.)]

A foreign patient in Busan who was actually diagnosed with chickenpox had a skin lesion similar to monkeypox at the time of entry, but the health status questionnaire showed 'no symptoms' and passed the quarantine as it was.

[Lim Sook-young / Head of the Central Quarantine Countermeasures Headquarters: If you report a false health questionnaire (in the process of entry), you may be punished by imprisonment for up to one year and a fine of not more than 10 million won according to the Quarantine Act.

] The infectious disease crisis alert level of monkeypox has been raised from concern to caution.

In the future, we decided to strengthen the fever standards and monitoring of overseas inflows, centering on countries where monkeypox has occurred.

The antiviral drug 'Tecovirimat', which treats monkey pox, will be introduced first for 500 people next month.

The latest third-generation vaccine is also being introduced, but the Korea Centers for Disease Control and Prevention (KCDC) said that it is not considering vaccination for the general public.

However, high-risk contacts plan to vaccinate if they wish.