Vivatech: the ambitions of deeptech vs the illusion of the metaverse

Deeptech, that is to say innovations from the world of scientific research, is taking more and more space in major innovation fairs such as VivaTech, which takes place in… 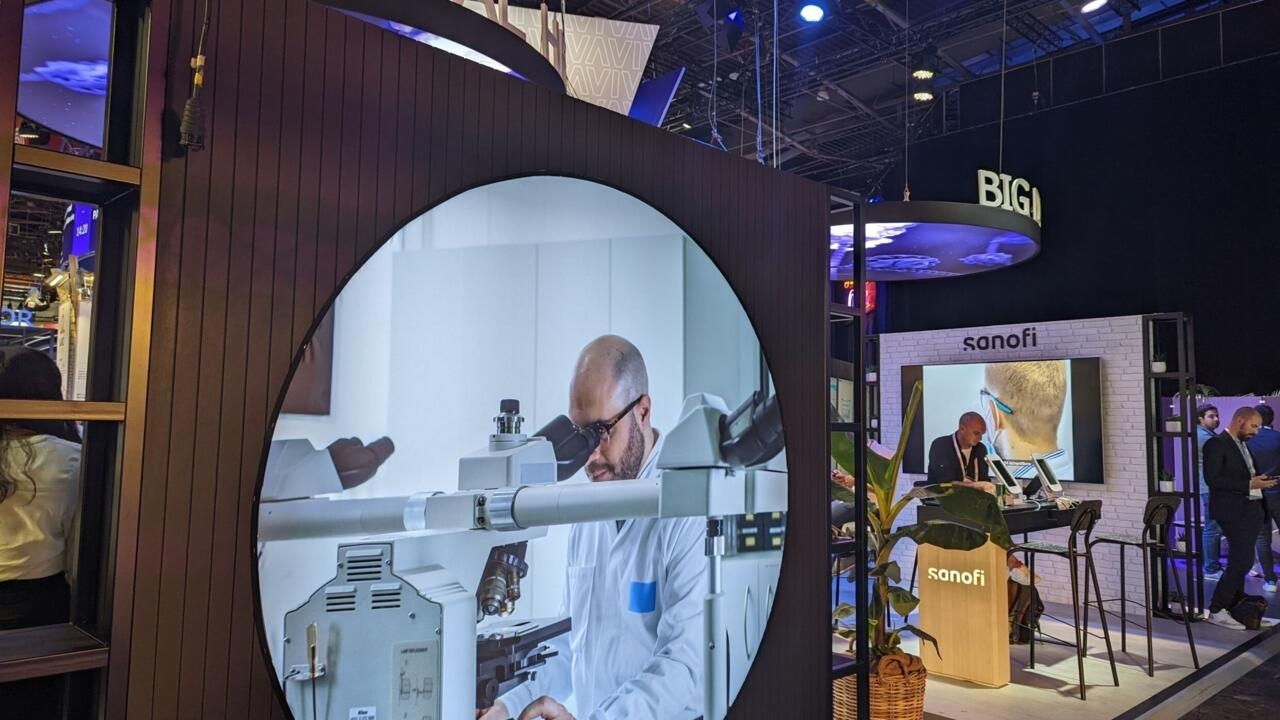 It's a bit like the opposite of Mark Zuckerberg's metaverse.

When, on the one hand, the creator of Facebook plays the technological bling-bling card to the fullest, with his avatars that are too cute to be honest, his virtual worlds that would be so many promises of fun and discovery, on the other , deeptech is slowly imposing itself under its austere, complex and elusive appearance for ordinary mortals.

On the VivaTech innovation fair, which takes place in Paris until Saturday June 18, it's a bit the same old story.

Everyone has the metaverse in their mouths, but in the aisles of this meeting of the tech world, the stands of start-ups with convoluted names like Genoskin, Native, Preligens follow one another.

They are all ambassadors of the deeptech world.

“This year, we can even filter on the VivaTech site to display only this type of start-up.

It was unthinkable a few years ago!”, enthuses Alizée Blanchin, director of strategy for Hello Tomorrow, a global network of deeptech start-ups.

One of the main obstacles to the democratization of this branch of tech comes from the vagueness that surrounds it.

Deeptech literally translates to deep technology, which covers all the innovations resulting from scientific research that are then found in marketed products or services.

The Covid-19 pandemic has demonstrated that this is not an abstract or abstruse subject.

“If the vaccines were able to be put on the market in a year, whereas it previously took almost a decade, it is thanks to deeptech”, assures Alizée Blanchin.

Moderna and BioNTech have thus been able to benefit from research in artificial intelligence applied to medicine in order to accelerate the development of the right molecules to fight against SARS-CoV-2.

No wonder, in these circumstances, that health is the preferred sector for new start-ups from the world of research.

At VivaTech, they swarm on the stands of the CNRS or the Inria (National Institute for Research in Digital Science and Technology).

Major pharmaceutical companies like Sanofi also came with their contingent of young shoots.

But France did not wait for the pandemic to bet on deeptech.

President Emmanuel Macron announced, in 2019, a vast plan of 2.5 billion euros over five years, in order to bring out 500 French deeptech start-ups per year from 2025.

No American deeptech giant yet

The government considered, in fact, that France had a double asset to succeed in this area: brains and industrial fabric.

“France has cutting-edge research and a strong industrial tradition which means that, despite outsourcing, there is still real know-how”, maintains Alizée Blanchin.

It does not develop simple applications for smartphones.

These innovations often require the factory manufacturing of new products - such as more insulating building materials, for example.

There is also no American deeptech giant yet.

This is another advantage for France.

Without Gafam to dominate everything, French start-ups can still hope to find a place in the sun.

A French ambition that is beginning to bear fruit.

In January 2022, Exotec, a manufacturer of warehouse robots, became the first deeptech start-up to join the very exclusive club of 25 French unicorns, i.e. those tech companies that are worth more. one billion euros in the eyes of investors.

But this is only the beginning.

And shy with that if we consider the objective that the government has set for itself to see 10 deeptech unicorns emerge by 2025. Without commenting on the multiplication of French deeptech champions within three years, Alizée Blanchin thinks that we should not be far from the other objective of the State: more than 500 start-ups resulting from basic research per year.

Deeptech recorded a 30% increase in the number of start-ups in 2021 compared to 2020. It must be said that it is not only health that attracts.

Another field has the wind in its sails: the food industry.

“The movement of alternative proteins has given ideas to many scientific entrepreneurs”, confirms Alizée Blanchin.

They are working on what will replace the red meat on our plates, be it algae, insects or lab-grown steaks.

“The conflict in Ukraine has also demonstrated all the geopolitical interest of energy innovations to end our energy dependence as quickly as possible”, adds this specialist in the start-up ecosystem.

Scientists are not the kings of "pitch"

But deeptech is still far from unleashing the same passions among investors as fintech (innovation in the service of finance), the metaverse and other new applications for smartphones.

“It's an area that still only accounts for 10% of investments in tech in France”, regrets Alizée Blanchin.

The fault with a certain reluctance of the European investors.

These innovations require significant up-front investment for results that will take a long time to materialize.

In addition, deeptech often seeks to create real breakthroughs, which can be more risky than an application which, for example, improves this or that aspect of the online customer experience", summarizes Alizée Blanchin.

Nor are scientists known for being the kings of “pitch” (quickly selling your project to an audience).

"It's still difficult to make them integrate the market culture, and we need more training for researchers to teach them how to do it", assures this expert for Hello Tomorrow, who has also developed a consulting activity for better connect researchers and the business world.

Finally, the metaverse does not help.

The enthusiasm for this new fashion launched by Mark Zuckerberg means that “there is undeniably a scattering of funding”, recognizes Alizée Blanchin.

Especially since these virtual worlds do not seek to solve the major problems of our society, such as global warming, the multiplication of epidemics, unlike deeptech start-ups.