Blocking traffic everywhere and crashing... Cargo union members arrested one after another

Clashes have occurred in various parts of the country today as members of the Freight Coalition on strike block the operation of other trucks. Police arrested the union members one after another on charges of obstruction of business. 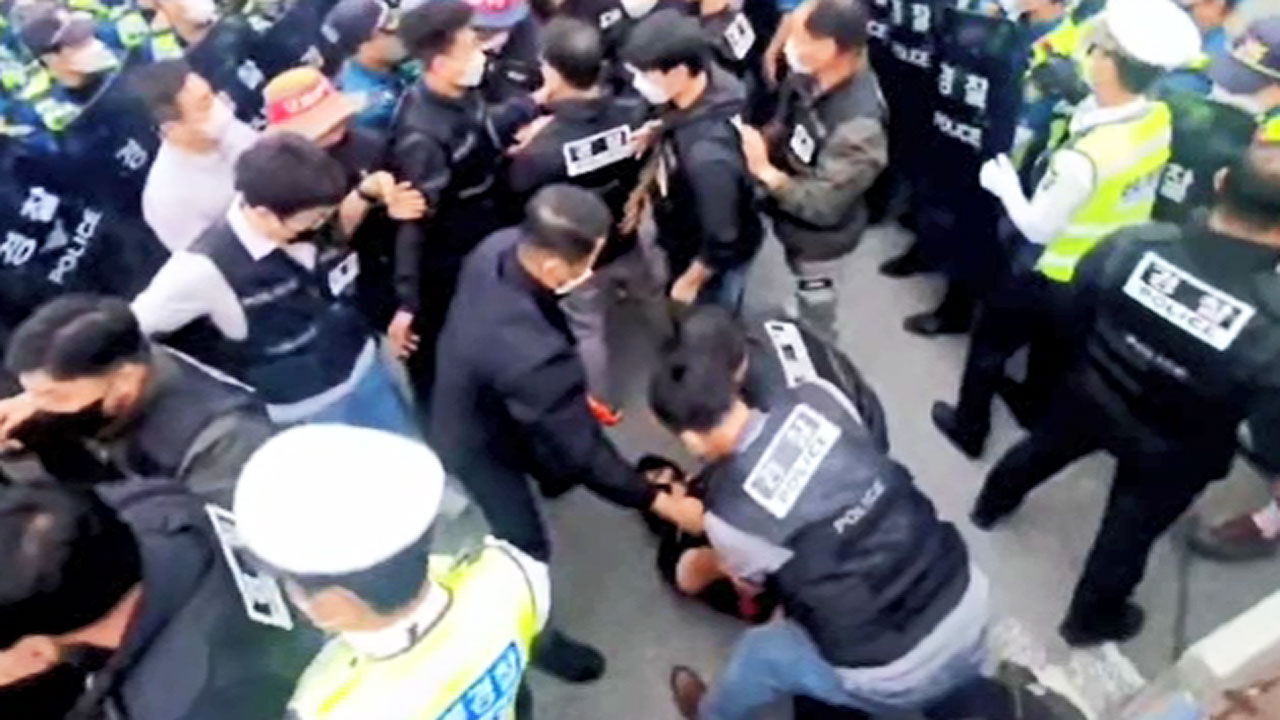 Today (8th) across the country, the members of the Freight Solidarity who went on strike blocked the operation of other trucks, causing clashes.

Police arrested the union members one after another on charges of obstruction of business.

This morning, in front of Hite Jinro's Icheon factory.

This is an attempt to increase the impact of the strike by blocking the operation of trucks for non-union members who do not participate in the strike.

A member of the union is lying in front of a large cargo vehicle, blocking traffic.

Occupying the road while lying down is a business interruption.

The confrontation between the police and union members continues.

After a while, the police dispatched an arrest team to subdue the union members one after another.

The police said they had arrested 15 members of the cargo union on charges of obstructing the operation of the truck.

In line with the government's policy of taking strict measures against illegal activities, arrests of union members took place everywhere.

At around 8:40 am today, at the new port three-way intersection in Busan Port, two members of the Cargo Coalition were arrested by the police on charges of throwing water bottles and eggs while blocking the progress of two trailers passing by.

In addition, a fight between the union members and the police took place at the cargo depot of the Hanam Industrial Complex in Gwangju, and at around 8:45 a.m., a member of the union was arrested on charges of obstruction of business.

At the back gate of Samsung Heavy Industries' Geoje Shipyard, one union member was arrested for wielding a wooden stick at a food waste collection vehicle for not complying with the request to stop the car.

Yesterday, the first day of the strike, the police applied for an arrest warrant today for two executives from the Ulsan Headquarters of the Cargo Regiment who were arrested for trying to enter the industrial complex by occupying the road in front of the petrochemical complex in Nam-gu, Ulsan.