WhatsApp has rolled out a new feature to beta users of its desktop version that allows them to filter their conversations and show only those that... 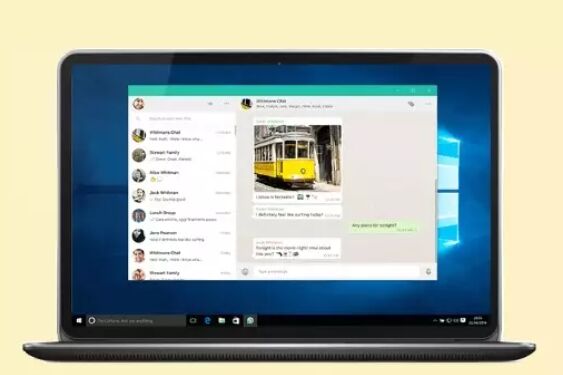 show only those that contain new unread messages

The function has been available for some time in

a tool aimed at businesses that aims to facilitate communication with its customers, both in its desktop version and in the mobile application.

The specialized portal WABetaInfo now advances its arrival to version 2.2221.0 of the WhatsApp beta for desktop and, therefore, to the standard accounts of the application.

This new feature allows users to

that only shows chats or conversations with unread messages.

It is not yet known if WhatsApp plans to add new search criteria to filter results in its application.

At the moment, the media adds that this new functionality will also eventually come to the Android and iOS beta.

WhatsApp is also developing a new function for

, in which the "app" has been working since last March.

Back then, WABetaInfo teased that the app worked on group polls for iOS.

In April, WhatsApp went on to develop a new interface for these and, now, to implement the possibility of accessing their results.

The medium has had access to beta 22.12.0.73 for iOS available through the TestFlight program.

In this version, WhatsApp allows

all participants in a group to

see the results of a poll.

is shown highlighted at the top and under the name 'Top Option'.

The rest appear in descending order of votes.

All the options are accompanied by the number of votes and the percentage that they represent of the total.

Another novelty WhatsApp is working on is being deployed in its beta for Windows.

Specifically, in its 'app' for the Universal Windows Platform (UWP).

The feature has been launched among the participants of its beta for Windows with version 2.2221.4.0 of it, according to the portal.

In addition, this function has been accompanied by the

, which was not yet present on this platform.