[Capture] Only the younger sister with brain tumor died... Her brother and sister-in-law were also accomplices.

This is a sign of the second Lee Eun-hae incident. Her brother's housemate was arrested on charges of conspiracy to murder in connection with an accident in which a vehicle crashed in the sea of ​​Dongbaek Port, Busan, killing her sister and only her brother survived. 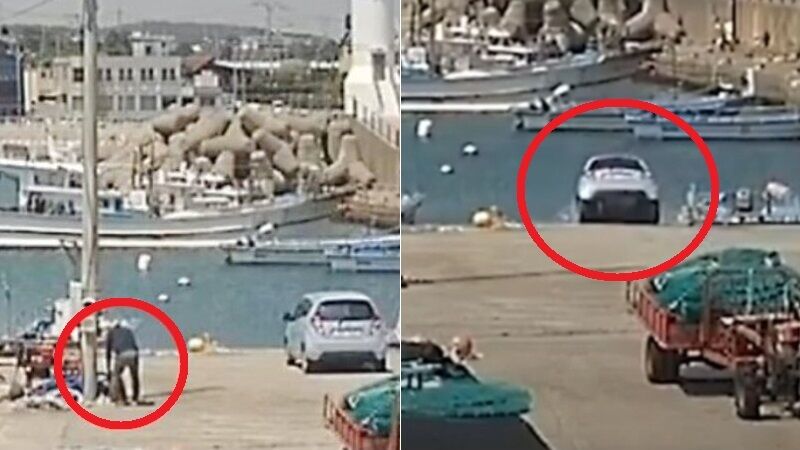 This is a sign of the second Lee Eun-hae incident.

Her brother's housemate was arrested on charges of conspiracy to murder in connection with an accident in which a vehicle crashed in the sea of ​​Dongbaek Port, Busan, killing her sister and only her brother survived.

Yesterday (2nd), Ulsan Maritime Police Station announced that the court issued an arrest warrant for Mr. B before the arrest (examination of warrant) for his brother A (43) and his daughter B (43).

Person A, who is charged with murder, did not appear in the court's arrest warrant substantive examination and went into hiding, and the Coast Guard is currently pursuing the whereabouts.

Earlier, on the 31st of last month, the Coast Guard applied for arrest warrants for A and B on charges of murder and conspiracy to commit murder, respectively.

On the 3rd of last month, Mr. A put her sister C (40), who was unable to drive due to a brain tumor, in the driver's seat of the car, and then got into the passenger seat and operated her vehicle, causing her sister to fall into the sea. accused of causing death.

Mr. A, who was sitting in the passenger seat, escaped by himself immediately after the fall, and Mr. C, who was rescued unconscious in the driver's seat with a seat belt fastened, was transported to the hospital, but eventually died.

Person A claimed that it was a simple accident caused by Mr. C's inexperience in driving, but the Coast Guard found that it was possible to manipulate the vehicle by leaning from the passenger seat to the driver's seat during a vehicle field test.

The day before the accident, Mr. A visited Dongbaek Port and went through preliminary exercises such as moving the vehicle from the passenger seat.

He also left luggage, including cell phones, outside the vehicle before he got into the vehicle on the day of the incident.

B, who lives together, has been confirmed to have been the owner of the accident vehicle until recently, and is charged with conspiring to commit a crime with A.

The Coast Guard started an investigation after confirming several suspicious circumstances, including that her legal heir was changed to Mr. A after her sister's insurance premium was increased from 50 million won to 500 million won before her case.

She also confirmed that two similar vehicle crashes occurred in the family of A in Busan before the incident, and is investigating the death of A's father by receiving related documents from the Busan police.

In July of last year, on the bank of the Seonakdong River in Gangseo-gu, Busan, the vehicle of the father of Mr. A, who was in his 70s, slid off a ramp and fell into the river.

After breaking up with his father while fishing in the vicinity, Mr. A reported missing, saying he could not be reached, and the 119 rescue team searched the area and found Mr. A's father, who died in a vehicle that sank on the river bed.

At that time, Mr. A received his father's death insurance of 170 million won as the representative of his children.

The deceased father, like his sister, was also battling cancer.