The wildfire in Miryang, Gyeongnam this morning, continues to spread with strong winds, and the fire has not been extinguished yet. Residents of the villages close to the fire were evacuated urgently, and the inmates of the Miryang Detention Center were also moved to another place. 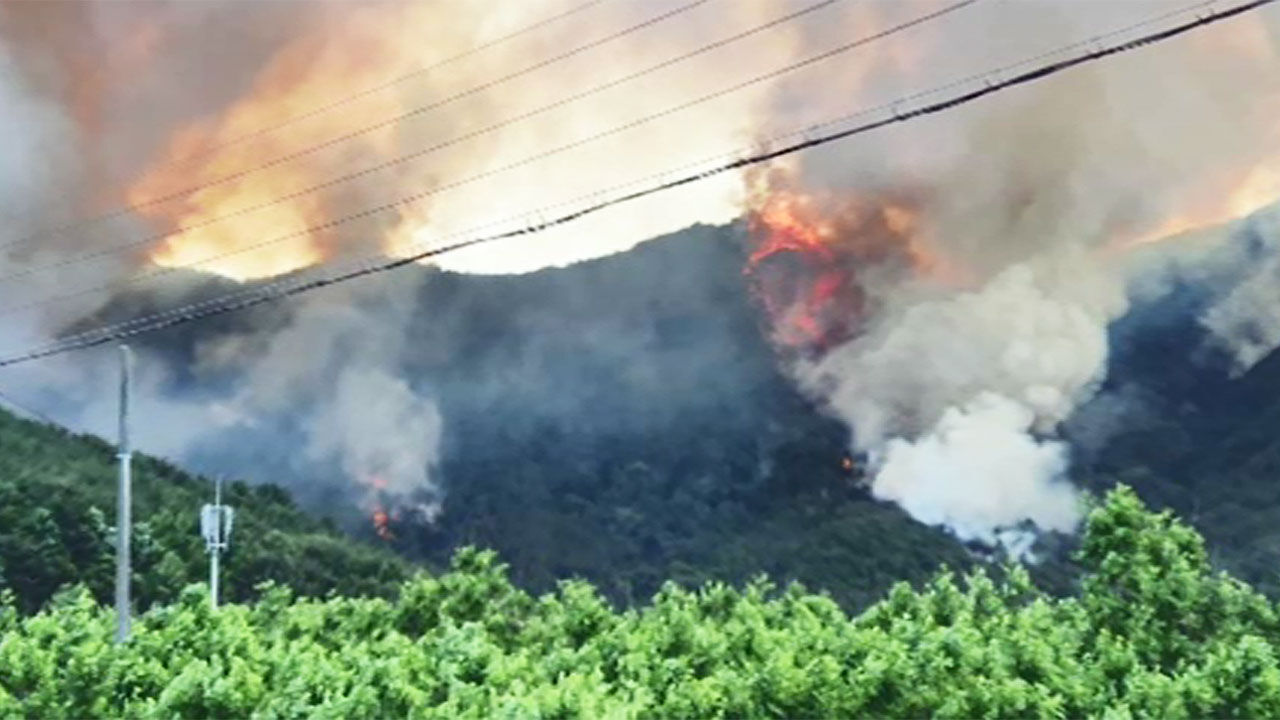 Today (31st) morning in Miryang, Gyeongsangnam-do, the wildfire continued to spread with strong winds, so the fire has not been extinguished yet.

Residents of the villages close to the fire were evacuated urgently, and the inmates of the Miryang Detention Center were also moved to another place.

First of all, KNN reporter Hwang Bo-ram will tell you about the situation so far.

Smoke billows non-stop from all sides of the ridge.

You can see huge amounts of smoke rising from the city center a little further away.

At around 9:30 am today, a fire started in the middle of a hillside in Bubuk-myeon, Miryang-si, Gyeongsangnam-do.

The fire spread quickly along with strong winds, prompting an emergency evacuation of 470 residents from nearby villages.

As you can see, a lot of smoke is rising from the mountain just behind the village where the houses are located.

If the fire had spread further down, it could have caused significant damage.

So I was surprised.

I was very surprised.]

Oh, my big house is down here, and I was most worried about it.]

A fire spread to the roof of a nursing hospital near the site, and the hospital staff rushed to put out the fire.

[Seo Hong-il / Nursing Hospital official: Residents reported that there was a fire on the roof.

So I jumped up from the first floor with a fire extinguisher.]

The inmates of the Miryang Detention Center near the site were moved to Daegu Prison.

Even from Gimhae, which borders Miryang, there was a smell of burning, and the fire spread so much that ashes flew.

The estimated damage area so far alone is over 180ha, which is the size of more than 25 soccer fields.

The air is dry and there are many pine trees that are easy to spread, which increased the damage.

The forestry authorities issued a response level 3 and mobilized about 40 helicopters to evolve.

[Nam Seong-hyeon/Director of the Korea Forest Service: The characteristic of a forest fire around the end of May is that more smoke rises than a fire because the leaves rise.

Forest authorities will investigate the exact cause of the fire as soon as the fire is extinguished.

Wildfire risk surges in May