Critical metals: the new oil that could leave the West without cell phones, electric cars or renewables

What do your mobile phone, a wind turbine, a solar panel, an electric car, an anti-missile system and a brain scanner have in common? Among other things, that none of... 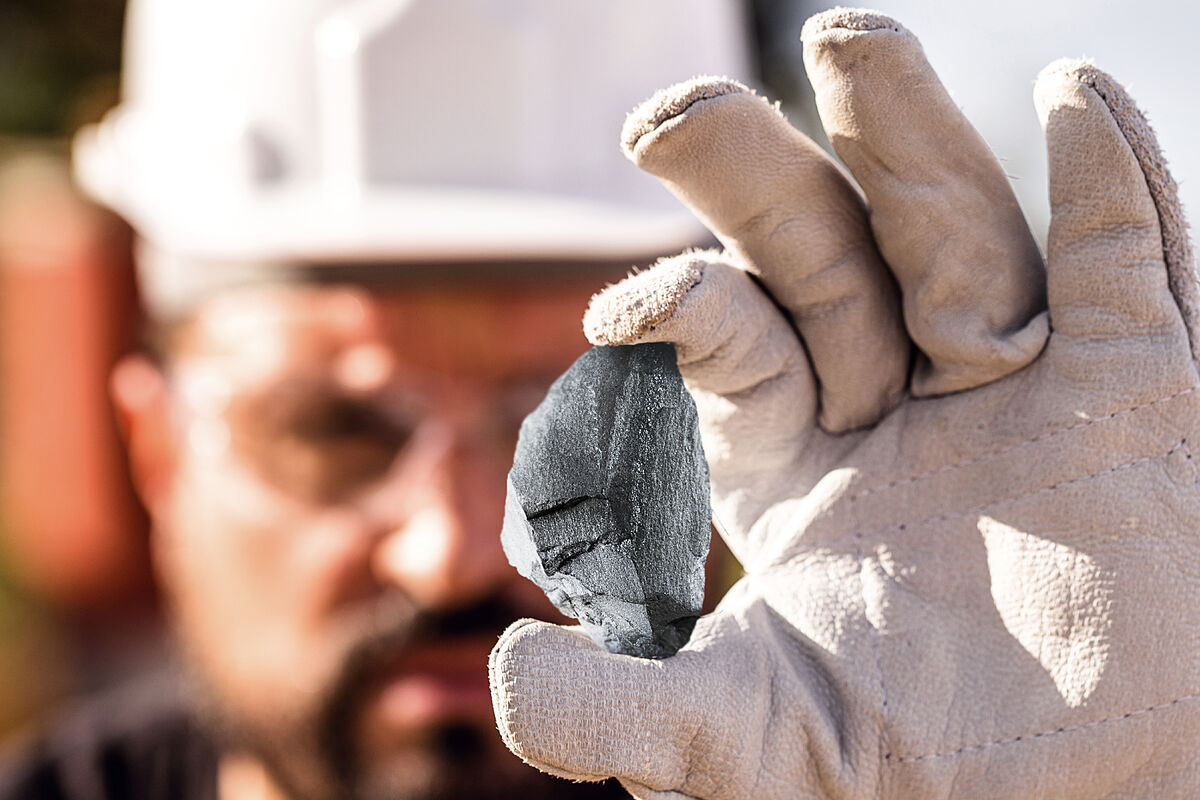 What do your mobile phone, a wind turbine, a solar panel, an electric car, an anti-missile system and a brain scanner have in common?

Among other things, that none of these devices can be manufactured today without using very rare metals on the planet such as

They are the so-called

that both the EU and the US have included in the list of matters that concern them (and a lot) for the future.

Not only because they

are irreplaceable, but also because they are very scarce

and because their production is concentrated in countries with governance standards lower than those of the West and unreliable in terms of supply, such as China (it monopolizes a dozen metals), the Democratic Republic of the Congo (produces 60% of cobalt), Indonesia (30% of nickel).

a major vulnerability for Western countries

a major vulnerability for Western countries

, since a distortion in supply would affect, for example, the US's ability to maintain its technological and military advantage," warns Pablo Arjona, Country Risk analyst and specialist in Raw Materials and Energy Transition of Cesce.

Especially worrying is the case of

China, which accounts for 74% of antimony (defense applications)

, 85% of bismuth (medicine), 80% of gallium (semiconductors and photovoltaic cells) and germanium (fiber optics and solar cells). , 69% of graphite (batteries) and 86% of rare earths (permanent magnets for wind turbines and electric motors, as well as light emitters for screens).

That, to cite only the most clamorous cases of dependency, in which the control that the main oil-producing countries have exercised for decades is far surpassed.

"The fourteen members of

OPEC represent around 40% of the world supply of crude oil

And the truth is that China has already demonstrated its ability to turn off the tap at will.

In 2010, he vetoed the export of rare earths to Japan

, crucial for companies such as Toyota, Mitsubishi and Panasonic, due to disputes between the two countries over Senkaku Island.

And something similar can be said of

Indonesia, which banned the export of nickel

in 2020 to boost its own battery industry.

These precedents have set off all the alarms in the US, because the scarcity of these materials and their concentration will add an

in the coming years due to the energy transition and the digitization of human activity.

The International Energy Agency forecasts that

the demand for lithium will multiply by 42

, that of graphite by 25, that of cobalt by 21 and that of nickel by 19. An explosion in demand, which if not accompanied by a greater availability of these metals, will end up shooting up their price.

A study by the International Monetary Fund suggests that the value of just four of the critical metals (copper, nickel, cobalt and lithium) will quadruple in the next two decades to

reach 13 trillion dollars and come close enough to that of fossil fuels.

“The energy transition is going to lead to a readjustment of the geopolitical map”, Arjona argues, citing some examples of this new scenario: “

, to a great extent, the price of energy;

and strategic locations such as the Strait of Hormuz will have less relevance.'

It is a problem that today, after the invasion of Ukraine, has been revealed as urgent

In exchange, this expert argues, "regional relations, the management of electrical interconnection networks and, above all,

the supply of critical metals

will have greater importance ."

Therefore, if the West does not want to be left out of the game in the new model, it has to find a way to reduce dependency.

It is a problem that today, after the invasion of Ukraine, has been revealed as urgent”, says José Manuel Torralba, director of the Imdea Materials institute.

More independent, above all, with respect to China, which in addition to benefiting from the geological wealth of its territories,

has spent years developing a policy of diplomatic and commercial expansion

throughout the world (and especially in sub-Saharan Africa) that has guaranteed it a position almost monopoly on several of the critical metals.

The EU, the US and other countries have no choice but to rely on science to

And there are four main ways to do this: search new metals or already known metals for the properties offered by those considered critical, bet more and more on recycling, improve the efficiency with which they are used and intensify geological exploration to find new deposits.

"Considerable efforts are being made to replace them with alternative materials that can be produced cheaper and more sustainably, easier to recycle..." says Dierk Raabe, a researcher specializing in Metallurgical Physics at the German Max Planck Institute and one of the most respected scientists in the world in relation to critical metals.

We have to do a lot more R&D

Raabe cites examples of progress such as

“the replacement of rare earths in permanent magnets

with magnesium and aluminum alloys”, the development of “corrosion-resistant and stainless steel” to replace nickel;

«invar alloys», the use of cathode materials for batteries...

And yet, this expert is convinced that the West's commitment in this field is not up to the challenge before it.

to secure supply and become more independent, but also to make materials more sustainable and recyclable," he suggests.

In recent years, much research focus has been placed on the need to promote the circular economy.

In two senses: to

reuse the materials of digital devices

after the end of their useful life;

enough to recover them from the waste that was considered lost in old mines.

In a mobile phone there are tiny amounts of rare earths

or other critical metals, but they are so scarce that you may be interested in recycling the billions of mobile phones that exist in the world in order to reuse these metals», explains Torralba about the first case.

And the truth is that

this secondary exploitation is cheaper and generates less carbon footprint

than the primary one, although going back to the mines can also be a very interesting option.

"Among the slag of many of them there may be a lot of grade and it may pay you to exploit it with current technology at the primary level," explains Torralba.

"improving efficiency and recycling alone will not be enough"

In his opinion, "between 50 and 70% of the necessary critical metals must be obtained from primary exploitation" and always complying with current Western standards in terms of reducing missions and respecting the environment and the communities affected by the mines...