Even if there are strange spots on the soles of the feet, it is not easy to recognize them. However, if that spot is a sign of skin cancer, a study has found that it can get worse faster than other areas and can be dangerous. 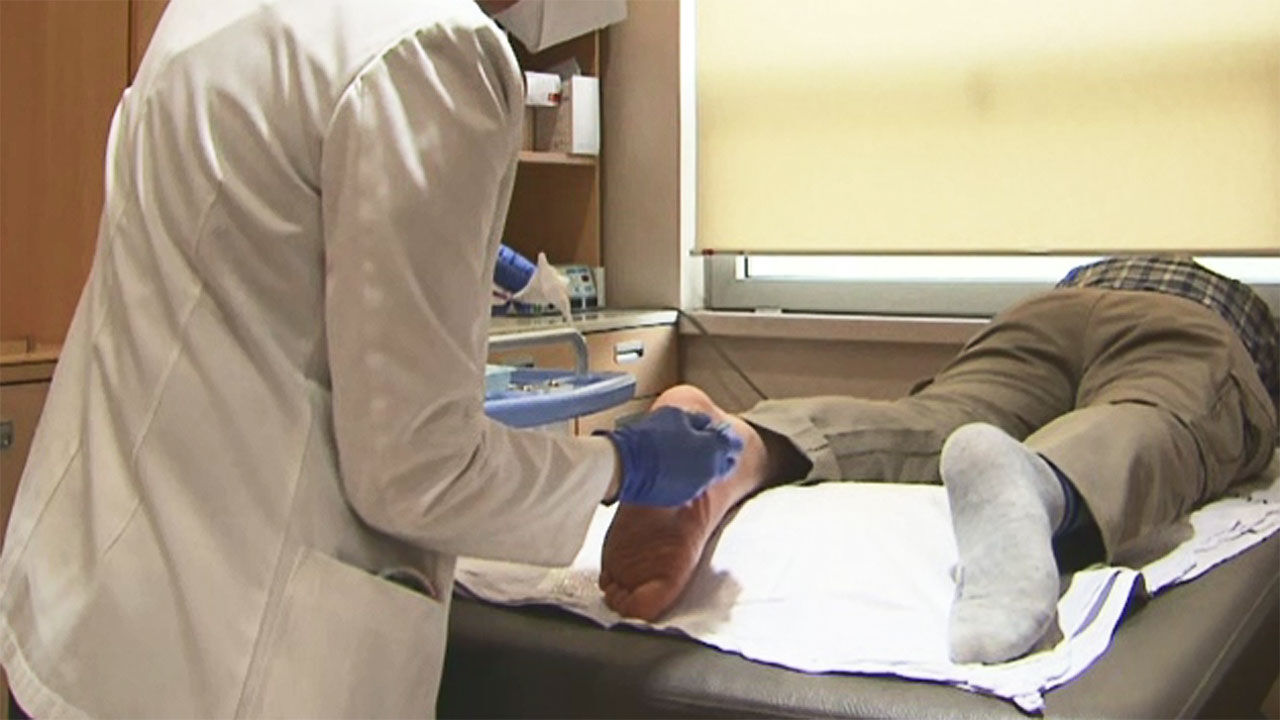 Even if there is something strange about the sole of the foot, it is not easy to notice.

However, if that spot is a sign of skin cancer, a study has found that it can get worse faster than other areas and can be dangerous.

If you have these spots on the soles of your feet, you should see a doctor as soon as possible.

This is reported by Yoo Seung-hyeon, medical reporter.

Song Hyeong-jae discovered a small dot on his left heel a year and a half ago.

[Song Hyung-jae / 70 years old, malignant melanoma patient: At that time, I thought it was just a black dot.

At first, I didn't even know I was growing up.]

But recently, I felt a change and went to the hospital.

Just do your nails.

(There were no other symptoms) A month before I came to the hospital, I started getting sick little by little.

The feeling is strange...

As a result of the diagnosis, it was a skin cancer called malignant melanoma, and fortunately, it was cured by surgery.

Skin cancer usually occurs on the face or back of the hands, which are exposed to a lot of UV rays, but it is often detected at an early stage because it is a visible area.

However, skin cancer on the soles of the feet is not the case.

As a result of a recent Severance Hospital study, it was found that when skin cancer occurs in areas that are under pressure, such as the feet, it worsens much faster than in other areas.

[Mi-Ryung Noh/Professor of Dermatology, Gangnam Severance Hospital, Yonsei University: It has been found that in the case of melanoma that occurs in areas subjected to pressure or stimulation, nuclear membrane rupture causes instability of the genome or DNA damage.]

Most of the plantar dots are normal.

So, when can you suspect skin cancer?

There are five things to remember.

The shape is not symmetrical, the edges are jagged, and there are multiple colors in one point.

Skin cancer should be suspected if the diameter is larger than 6 mm, or if there is bleeding, ulcers, and changes in shape, size and color.

If detected early, it can be cured with surgery, but if it spreads to other organs, treatment is not easy even with chemotherapy.

It is necessary to frequently observe changes in plantar points, especially in environments with high plantar pressure, such as standing all day.