6 years ago today is the day that 19-year-old Guni Kim died while working alone at Guui Station on Seoul Subway Line 2. Remembrance ceremonies were held throughout the city center, but workers said "still nothing has changed". 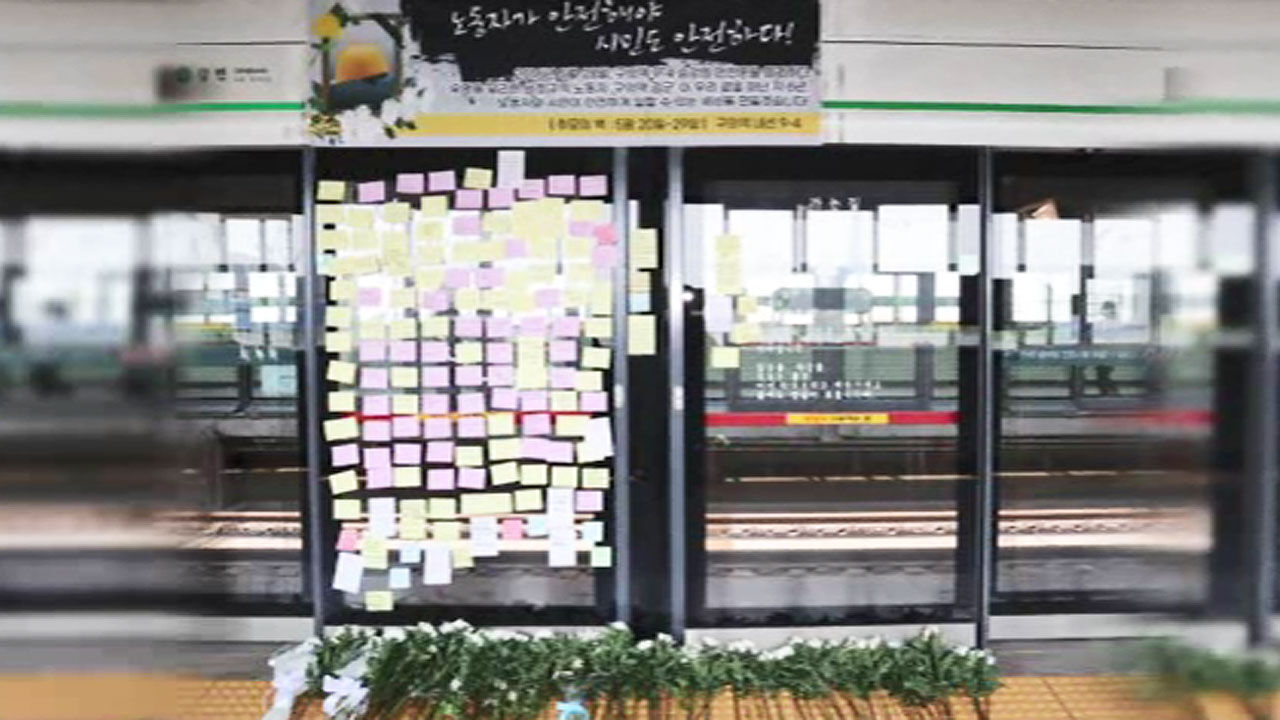 6 years ago today (28th) is the day on which 19-year-old Guni Kim died while working alone at Guui Station on Seoul Subway Line 2.

Remembrance ceremonies were held throughout the city center, but workers said "still nothing has changed".

The screen door is full of memos stating that we will not forget the tragic death.

Chrysanthemum flowers left by the mourners were placed side by side, and cup noodles that were not eaten that day were also served with the lunch box.

Today, six years after the death of 19-year-old Kim, who was alone in repairing screen doors, his colleagues, bereaved family and citizens gathered in memory of Kim.

[Jeong Myeong-jae/Kim-kun colleague: Not cup noodles, but a radio for train communication should have been given to Kim, and he should have been able to say the demands to work without dying.]

Then, those who attended the rally in front of Seoul Station, the same accident happened repeatedly. We have raised our voices that we should directly hire workers from public sector subsidiaries to prevent this from happening.

Like Kim, graduates and current students of specialized high schools who chose to get a job instead of going to college continued their memorial service in Sinchon.

Many of them start their social life as non-regular workers, but they say that nothing has changed.

[Choi Seo-hyun / Chairman of the National Specialized High School Labor Union: There are a lot of really poor places.

I can only think of how many more workers, vocational high school graduates, and students are going to have to be driven to a dangerous site that really pushes them into limbs.]

Last year, more than 800 workers lost their lives in accidents at work.

Their simple wish is that many young workers, like Kim, are still working under poor conditions, so that they do not die while working.