"Nice to meet you Korea!" Hiddink visits Korea to celebrate the 20th anniversary of the World Cup semifinals 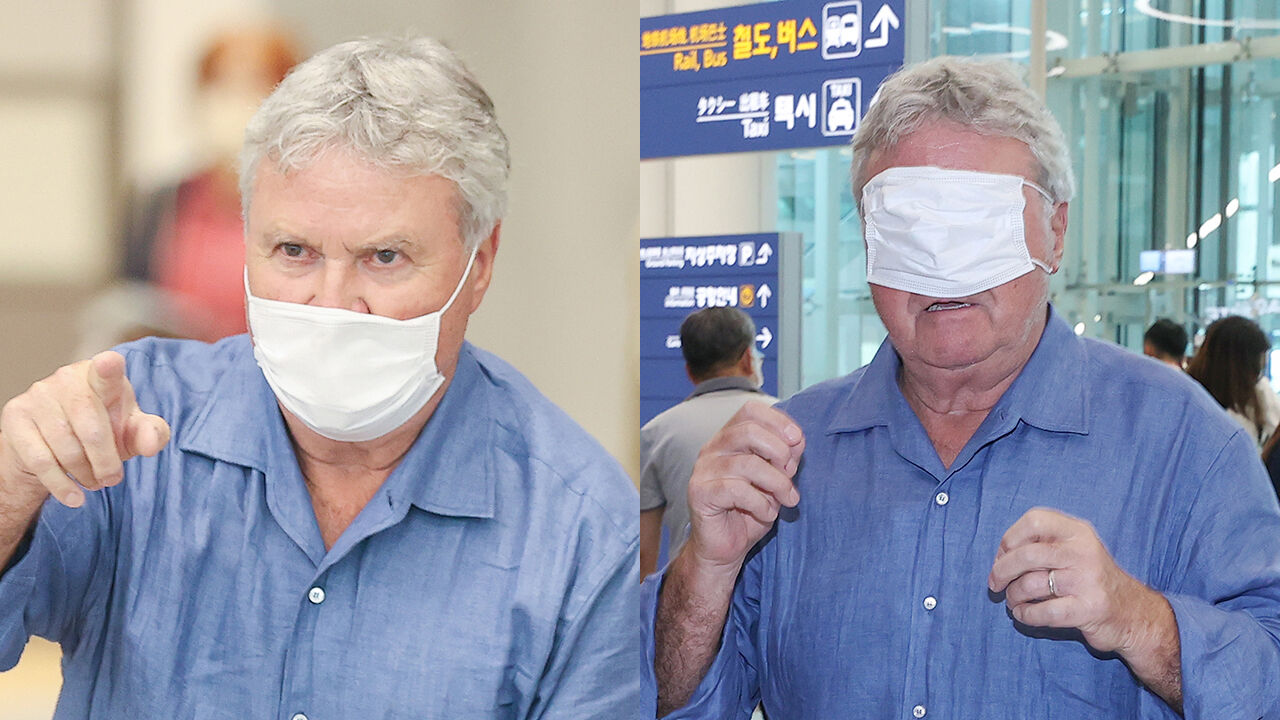 "Korean people, it's nice to see you again!"

Guus Hiddink (76), former coach of the Korean national soccer team, who led the 2002 Korea-Japan World Cup semifinals, visited Korea in the afternoon of the 28th.

When Hiddink arrived at Incheon Airport, he took off his mask and smiled brightly, saying, "I had a good time in Korea 20 years ago. I'm happy to see Koreans coming back like this."

Former coach Hiddink came to Korea to attend events such as the '2022 KFA Football Festival' held early next month to commemorate the 20th anniversary of the Korea-Japan World Cup.

On the 2nd of next month, we will have a luncheon with the players from the Korea-Japan World Cup at a hotel in Seoul, and the organizers of the tournament.

In the '2002 Legend All-Star Game' to be held on the 5th of next month, former coach Hiddink will lead the '2002 Legend Team', joined by Park Ji-seong, Jeonbuk Hyundai Advisor, Lee Young-pyo, Gangwon FC CEO, and Kim Byeong-ji, vice president of the Korea Football Association.

At Incheong Airport today, passengers clapped Hiddink's name after discovering him and cheered him on, and Hiddink responded with thumbs up of both hands.

Former director Hiddink has been known to have personally visited Korea several times, but it is the first time in four years since February 2018, when he visited Korea for Guus Hiddink Foundation work, to digest his official schedule.