As the Supreme Court ruled that the 'wage peak system', which cuts the wages of employees based on age alone, was invalid, companies that have cut labor costs through the peak wage system are in crisis. 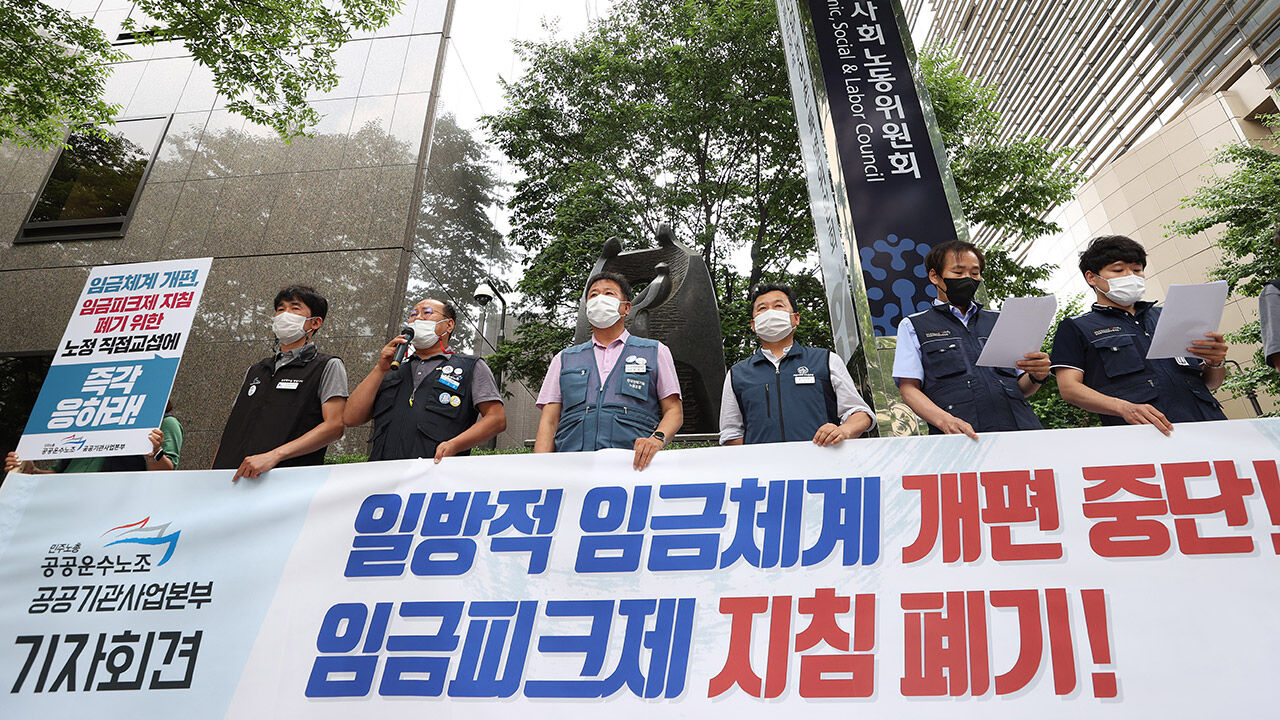 As the Supreme Court ruled that the 'wage peak system', which cuts the wages of employees based on age alone, was invalid, companies that have cut labor costs through the peak wage system are in crisis.

Although the Supreme Court's decision concerns individual companies, it is the first decision on the wage peak system, and similar lawsuits are likely to follow in the future.

Companies are keeping an eye on the situation, paying close attention to the 'aftermath' of the ruling.

The Supreme Court today (26th) confirmed the lower court ruling in favor of part of the plaintiff in the appeal of a wage claim filed by retiree A against a research institute where he worked.

The Supreme Court held that the wage peak system violated the Elderly Employment Act, which stipulates that no discrimination against workers or those who want to become workers based on their age.

In response to this, the Korea Employers Federation (KEF) issued a statement saying, "The judgment neglected the nature of the wage peak system, the purpose of the law, and its impact on the industry." There are concerns about side effects such as

The KEF also said, "The wage peak system was introduced to prevent sudden job loss for the elderly and to create jobs for young people in consideration of Korea's inflexible wage system and employment environment." emphasized.

“The Act on the Promotion of Employment for the Elderly does not regard measures to maintain and promote employment of a specific age group as age discrimination,” he said. As a result, the wage peak system is being widely used,” he added.

Companies are concerned that if the peak wage system disappears, voluntary retirement will decrease and the atmosphere of filling the retirement age will spread, which will increase the management burden.

In fact, if the peak wage system is abolished, it is likely that most of the employees will reach their retirement age.

There are not many cases where they keep their jobs even when their wages are cut due to the peak wage system, but if these obstacles are removed, the possibility of reaching retirement age increases.

For Samsung financial affiliates, the peak wage is applied at the age of 56, and the structure is reduced by 10% every year.

It is known that Samsung F&M, Samsung Life Insurance, and Samsung F&M have quite a few employees who are currently subject to wage peaks.

In the case of Nonghyup financial affiliates, when the wage peak system was applied at the age of 56, they received additional benefits in addition to their annual salary for two years and retired.

Other insurance companies and credit card companies also apply a wage peak system for similar age groups, and at this point, there were many cases of voluntary retirement.

An official from a credit card company said, "In the past, when the wage peak system reached the age of the employee, he had a choice between accepting a pay cut and remaining or voluntary retirement."

Samsung Electronics introduced the wage peak system in 2014 by extending the retirement age to 60.

Welfare benefits, such as support for tuition and medical expenses, are provided as before, but are reduced by 10% compared to the previous year's wages based on the age of 55.

Afterwards, Samsung Electronics reflected the opinions of its employees and extended the period of application of the wage peak system from the age of 55 to the age of 57 and lowered the wage reduction rate to 5%.

A Samsung Electronics official said, "We are looking at the impact of this court's judgment on the company.

However, there is a point of view that it is necessary to look into whether the ruling will be applied to major conglomerates as well.

The Supreme Court decides whether the effectiveness of the wage peak system implemented by individual companies is recognized or not depends on the legitimacy and necessity of the introduction of the wage peak system, the extent and duration of the actual wage reduction, and the appropriateness of the target measures (whether there has been a reduction in the workload or intensity equivalent to the wage reduction). I explained that it may vary depending on etc.

An official from the banking industry said, "This Supreme Court ruling seems to have raised the issue that an employee who entered the wage peak system due to age is discriminated against in other wage payment standards and welfare benefits while performing the same job." "In the case of the financial sector, There are a lot of cases where they do less work as they enter,” he said.