The new second-generation GS8 is a strong breakout of GAC Trumpchi, the leading player on the electrified track

Since the beginning of this year, due to factors such as the rapid rise in raw material prices and the continuous shortage of chips and components, pure electric vehicles have gone through 4 to 5 rounds of price increases. At the same time, oil prices also recently ushered in the eighth rise this year. Affected by this, both new energy vehicles and traditional fuel vehicles are facing considerab 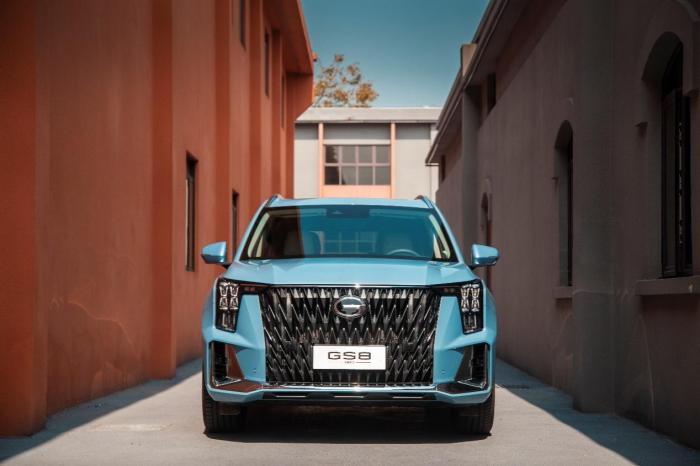 Since the beginning of this year, due to factors such as the rapid rise in raw material prices and the continuous shortage of chips and components, pure electric vehicles have gone through 4 to 5 rounds of price increases.

At the same time, oil prices also recently ushered in the eighth rise this year.

Affected by this, both new energy vehicles and traditional fuel vehicles are facing considerable challenges, while hybrid models have emerged. With the advantages of low fuel consumption and high performance, they have brought consumers a better choice of car purchases and become the current automotive market. the "breaker".

Among them, the new second-generation GS8 dual-engine series equipped with Toyota THS hybrid technology has made a strong breakthrough in the hybrid market and reproduced the trend of "leading".

It is understood that in the first quarter of this year, the sales volume of the new second-generation GS8 dual-engine series occupied the first place in the sales list of its own 200,000-class hybrid SUV.

As the first model of GAC Trumpchi's "Intelligent + Hybridization" strategy, looking at the new second-generation GS8 dual-engine series, whether in terms of product strength or quality, it is indeed worthy of such excellence score.

It is understood that the new second-generation GS8 is built on the GAC Global Platform Modular Architecture GPMA-L platform. It is a masterpiece of GAC Trumpchi technology research and development.

The cutting-edge technology blessing undoubtedly endows the product with a quality value that cannot be ignored, enhances the consumer's purchasing confidence, and adds a combustion booster to the continuous hot sale.

Looking at the market, when it comes to the technology of hybrid models, Toyota Hybrid cannot be avoided.

Toyota's hybrid technology has been rolled out in the Chinese market for a long time, and the technology is equipped in various models of the Highlander, Camry, Corolla, and luxury brand Lexus that we are familiar with.

After 20 years of technology accumulation, Toyota THS Hybrid has developed into the fourth generation and has 18 million users.

Although the new second-generation GS8 dual-engine series adopts Toyota's THS hybrid system, in terms of engine selection, it has abandoned Toyota's 2.5L naturally aspirated engine, but chose the 2.0TM Miller self-developed by GAC. The combination of cycle engines not only improves fuel consumption and power, but also reflects the self-confidence of Chinese brands.

With the support of multiple technologies, the THS system can reasonably control the distribution of fuel power and electrical power, so that the power system always runs in an efficient range, achieving both fuel consumption and power.

The new second-generation GS8 has a fuel-saving rate of over 30% under comprehensive working conditions. The NEDC fuel consumption of the dual-engine and two-wheel drive version is as low as 5.3L/100km;

At a time when market competition is becoming more and more fierce and consumption upgrades are becoming more prominent, in addition to having good strength in power and fuel consumption, it must also be good enough in terms of appearance, space, intelligence, etc., in order to break out of the game.

As a medium-to-large SUV that broke the price ceiling of Chinese brands of 200,000 yuan, the first-generation Trumpchi GS8 subverted the inherent pattern of the medium-to-large SUV market with its hard-core strength comparable to that of joint venture brands.

After 5 years of accumulation, the new second-generation GS8 has been fully renovated on the basis of inheriting the original advantages. With more powerful product strength, it will continue to lead Chinese brands to achieve high-end breakthroughs and continue the high-end "Qiji".

The new second-generation GS8 dual-engine series not only has two luxurious appearances of "Zhanwei Wing" and "Dragon Scale Wing", but also has a 6/7 seat layout, and the second row of the "Queen's Recliner" has an 8-speed 131° adjustable backrest. The range, etc., provides consumers with a flexible and changeable space experience.

In addition, in terms of active and passive safety technology, by equipped with active brake assist, forward collision warning, etc., it can cope with situations such as ghost probes, rear-end collision prevention, difficult parking, careless parents, etc., which is deeply loved by consumers.

For a long time, the unremitting pursuit of independent research and development has made GAC Trumpchi embark on a continuous upward road.

Recently, under the current trend of the whole industry embracing electrification, GAC Trumpchi officially released the hybrid technology brand - Julang Hybrid. After 13 years of technical precipitation, through open cooperation and independent research and development, GAC Trumpchi has become the only company with a dual-hybrid technology route. Brand, the sword refers to the head players of the electrified track.

In addition to the new second-generation GS8 dual-engine series and the new model Yingkuo, which has been officially unveiled, in the future, GAC Trumpchi will also launch Yingbao and M8 hybrid models based on the Julang Hybrid.

It is believed that with the accelerated implementation of Julang Hybrid, GAC Trumpchi will usher in a new era of independent hybrid, once again leading Chinese brands to achieve high-end breakthroughs, and continue the high-end "Qiji".