Seungri, a former member of the group Big Bang, has been found guilty of prostitution and gambling abroad. In the first part of the Supreme Court, Lee was charged with habitual gambling and violation of the Prostitution Punishment Act (prostitution, prostitution brokerage, camera use, etc.), and embezzlement under the Act on Aggravated Punishment of Specific Economic Crimes. . 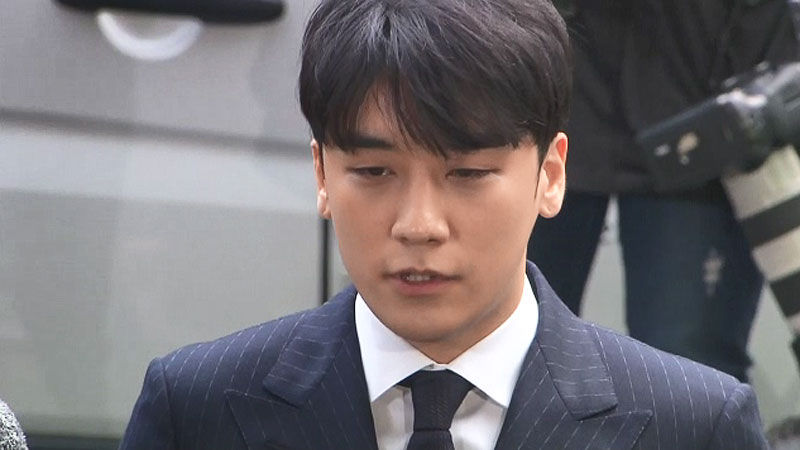 Seungri (real name Lee Seung-hyun, 32), a former member of the group Big Bang, has been found guilty of prostitution and gambling abroad.

The first part of the Supreme Court (Chief Justice Roh Tae-ak) was sentenced today (26th) on charges of habitual gambling, violation of the Prostitution Punishment Act (prostitution, prostitution brokerage, camera use, etc.), and embezzlement under the Act on Aggravated Punishment of Specific Economic Crimes. The lower court sentenced him to 1 year and 6 months.

Mr. Lee appealed to the court to re-determine whether the crime of habitual gambling was established, but the Supreme Court said, "The habit of gambling is recognized when the nature, method, frequency, and scale of the so-called baccarat practiced by the accused (Mr. Lee) are taken into account." upheld the conviction of

However, the Supreme Court also did not accept the appeal of the prosecution, saying that Lee should collect $1 million (about 1.15 billion won) from Mr. Lee.

Prosecutors argued that Mr. Lee had borrowed $1 million worth of gambling chips from a hotel casino without reporting foreign exchange transactions, and that he should collect money equivalent to the amount of chips as he could not confiscate the chips.

According to the Foreign Exchange Transactions Act, foreign exchange transactions exceeding KRW 1 billion are obligated to report, and violations of this will result in additional penalties.

In response, the Supreme Court said, "We accept the judgment of the lower court, which ruled not to collect the gambling chips, which the defendant acquired by borrowing foreign currency, because it is not a means of external payment subject to confiscation and collection under the Foreign Exchange Transactions Act because it can only be used in casinos." He dismissed the prosecution's appeal.

From December 2015 to January of the following year, Mr. Lee was accused of arranging prostitution several times with investors from Taiwan, Japan, and Hong Kong to attract investment from clubs and financial investment businesses, and he himself was also accused of buying sex.

He is also accused of embezzling 528 million won of funds from the club 'Burning Sun' under the pretext of brand royalties for Monkey Museum, a pub in Gangnam, Seoul, and stealing 20 million won from Yuri Holdings' company for lawyers' fees. There is.

In addition, from 2013 to 2017, he was charged with spending about 2.2 billion won while gambling at a hotel and casino in Las Vegas, USA, and lending chips worth 1 million dollars for gambling without reporting anything. He was also charged with threatening by mobilizing gangsters when he had an argument with another customer while drinking alcohol with his acquaintances at a pub in Gangnam-gu.

There were a total of nine charges applied to Mr. Lee, and he was convicted on all charges from the first to the third.

The first instance court, the Ordinary Military Court, sentenced Lee to three years in prison and arrested him, but the Higher Military Court, which heard the appeal, reduced the sentence to one year and six months in prison while maintaining the conviction.