From March 2020, the work of the School Violence Committee, which was in charge of each elementary, middle and high school, has been carried out at each Office of Education. It was introduced to reduce the burden on teachers and secure professionalism. Now, two years later, reporters Park Se-won and Shin Jeong-eun will take a look at whether the school violence committee is operating properly. 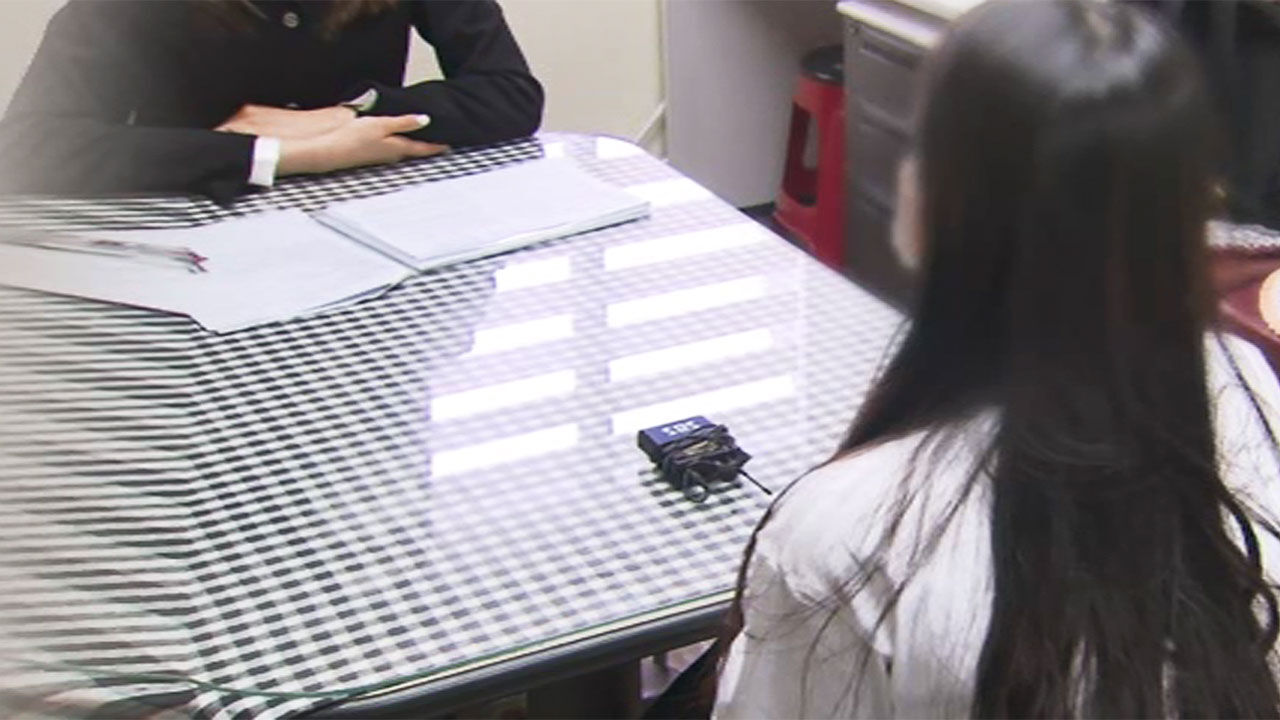 From March 2020, the work of the School Violence Committee, which was in charge of each elementary, middle and high school, has been carried out at each Office of Education.

It was introduced to reduce the burden on teachers and secure professionalism. Now, two years later, reporters Park Se-won and Shin Jeong-eun will take a look at whether the school violence committee is operating properly.

In June of last year, at a middle school in the metropolitan area, a bullying case against a female middle school student who assaulted a classmate was held eight weeks after the report was made.

[School Violence Victim: I am afraid to go to school.

You can't just be in half.

(The perpetrator) deliberately hit him on the way to the hallway.]

Seven middle school students from last year bullied a girl in the same class with intellectual disabilities for nearly a year.

During the ten weeks leading up to the violence, school was like hell for the victims.

[Parents of victims of sexual assault with intellectual disabilities: I do not want to go to school after this incident.

Not long ago, he said he wanted to graduate early and said he did not want to go to school.]

According to the guidelines of the Ministry of Education, bullying should be held within 7 weeks of reporting, but the problem is that these guidelines are not compulsory.

[Gyeonggi-do A Education Support Office Superintendent: The most frustrating thing for those who reported is 'What's going on so late?' Some conclusion has to be reached, and then it is possible to recover on a daily basis, but...

Due to the revision of the school violence-related law, each education support office held the school violence committee, which had been conducted by front-line schools since March 2020, and the processing period varies by region.

[Lee Jeong-yeop / School Violence Specialist: Some places do it in 6 weeks and some do it within 4 weeks, so there is such a big regional difference.

Since it has been pushed back so much now, it has to wait for it to have an impact on the victims.]

About 170 offices of education support are in charge of the school violence that 12,000 schools across the country deal with.

As the number of bullying incidents increases every year, the authorities are voicing practical difficulties.

[Gyeonggi-do B Office of Education Support Supervisor in charge of school violence: (in our area) About 220 schools are handling all requests for deliberation.

In the morning and in the afternoon, the deliberation and assignment are continued every day...

A member of the Gyeonggi Provincial Office of Education and Support told reporters that there was absolutely not enough time to accurately understand and deal with the matter.

That is why it is not enough to read all the opinions of these people, both the perpetrators and the victims for an hour.]

In front-line schools that conduct basic investigations on school violence cases, it is a evasive task, raising concerns about poor investigation.

[Office of Education Support Office: Because this is a job to avoid, fixed-term teachers do more than half of middle and high school...

Temporary teachers say, 'I'll hire you, so do this bullying job']

It seems that the education authorities and schools, as well as the whole society, need to pay attention and efforts to see how the school violence can help the healing and recovery of victims.

Based on this awareness of the problem, the Gyeongnam Office of Education has been operating the School Violence Relations Support Group since last year.

When a report of damage is received, the victim and the perpetrator who wish to restore the relationship separately from the violence against each other receive counseling and make a statement of fulfillment together.

[Heung-Rak Go / Specialist in relationship recovery support, Changwon Office of Education, Gyeongnam: We teach things about how to resolve this conflict relationship…

An attempt to restore children's relationships during a bullying process that can take up to two months.

(The victim) Still, school life became much more comfortable than before.]

In the process, the perpetrators repented themselves, and

[Hagyeongnam Changwon Machinery Technical High School Teacher/School Violence Relations Support Group: Reconciliation occurred immediately at some point we did not expect. I've seen a lot of people say, "I'm really sorry for that, not because the homeroom teacher ordered it.]

Above all, experts emphasize that it can help the victim's quick recovery.

[Song Ho-chan/Director of Democratic Citizenship Education Division, Gyeongnam Office of Education: If experts do not resolve conflicts at the beginning and run a professional program, the damage from school violence cannot be completely overcome…

According to the Sexual Violence Prevention Act, educational support agencies across the country can designate education-specialized institutions as support institutions exclusively for victimized students, but currently only some areas are operating.

An educational organization in Gyeonggi-do that has been designated as an exclusive support organization for students who have been victims of school violence for the past two years.

A student who came to this place after being victimized by a school violence last year is receiving professional counseling three times a week.

[Parents of victims of bullying: At first, I went to the hospital with my own money, and then…

Because the helplessness was so severe.

But at school, I keep paying attention only to attendance and not thinking about the sick part of the child at all.]

Sometimes we adjust so that the victim's psychological treatment costs can be properly borne by the perpetrator.

[Gyeonggi Province School Victim Victims Agency Official: In the early days of school violence, most of the victims' parents are very emotional.

Educational recovery is possible through dispute mediation or conflict mediation between the parties.]