[Real-time eNews] Obama 90 degrees, Trump 'tuk-tuk'... Who was Biden who met the Emperor?

It is a real-time e-news that looks at the news that has become a hot topic on the Internet overnight. During a visit to Japan, US President Joe Biden met and greeted Emperor Naruhito drew attention. 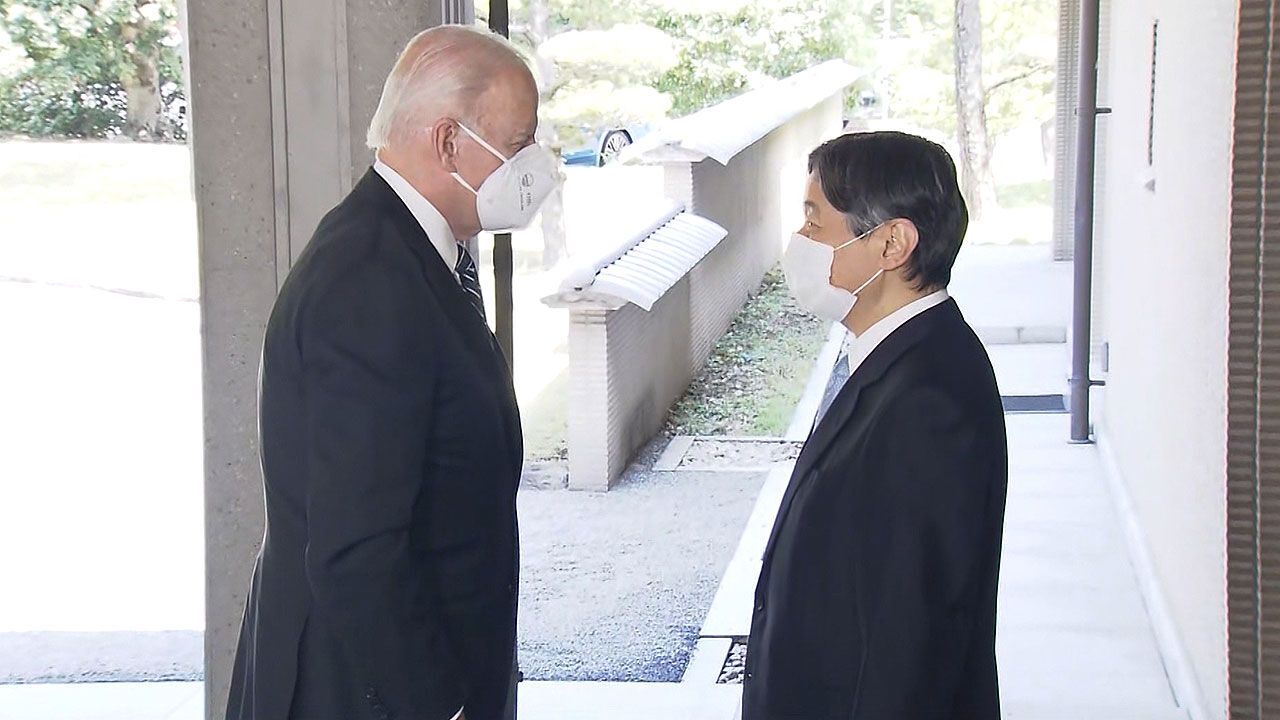 During a visit to Japan, US President Joe Biden met and greeted Emperor Naruhito drew attention.

As President Biden got out of the vehicle, Emperor Naruhito, who was standing at the front door, bowed his head slightly to greet him.

President Biden made a gesture of reaching forward or placing his hand on his chest a couple of times, being polite, but not bowing down to greet him or shake his hand.

Also, ex-President Trump shook hands, pulling the hand of the emperor toward him as if trying to take his initiative.

After the meeting, there were comments such as "I even tapped the Emperor's arm lightly, but it's not polite" and "It's an expression of friendliness."

Not too long ago, luxury bags and watches were traded with millions of won attached to them.

A Chanel bag, which was 14 million won until last January, is now being traded at 11.4 million won on a luxury used trading platform.

The second-hand market has been considered the culprit for explosively increasing the demand for luxury goods, but when you buy and use goods and put them on the market, the price does not go down and you can sell them at a higher price. There was even an open run phenomenon in which people lined up after hitting .

However, after Corona, which was focused on luxury goods, retaliatory consumption began to be dispersed through travel, etc., and this enthusiasm began to subside.

Following McDonald's, the coffee franchise Starbucks was also very interested in the article that it had decided to completely withdraw from Russia.

Starbucks announced on the 23rd local time that it would close all 130 branches in Russia.

It has been 15 years since Starbucks entered Russia.

In early March, after Russia invaded Ukraine, Starbucks announced it would cease all operations in Russia and donate royalties from Russia to humanitarian causes.

Earlier, fast food company McDonald's decided to sell its Russian business to local entrepreneurs, and several other Western companies such as ExxonMobil and Renault decided to withdraw from the Russian market.