Henry Kissinger: US should avoid clash with China over Taiwan

Former US Secretary of State Henry Kissinger urged the US authorities to avoid clashes with China over Taiwan. 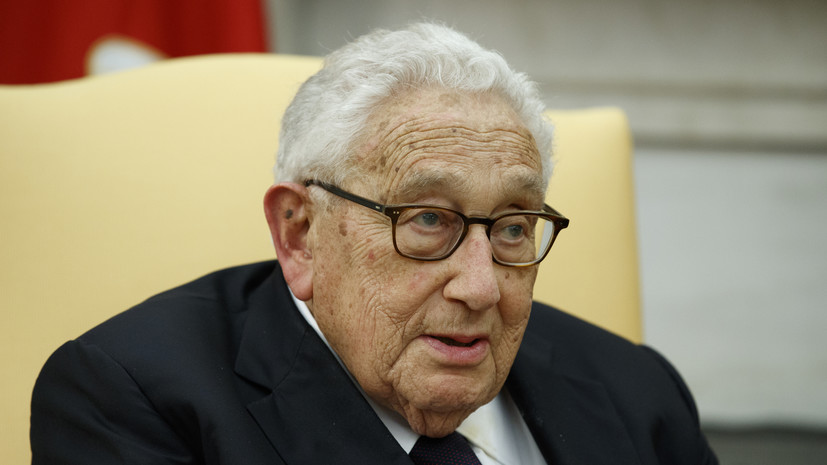 He made this statement during the World Economic Forum in Davos via video link.

“Direct confrontation over Taiwan should be avoided.

Taiwan cannot be at the center of negotiations between the US and China.

The principles of relations should be at their center," TASS quotes Kissinger.

The ex-secretary of state noted that the issue of Taiwan will not disappear anywhere, while he warned against building relations between Washington and Beijing only on its basis.

“The United States and China in the coming years should reach an understanding of how to build a long-term relationship,” he added.

Earlier it was reported that US President Joe Biden, at a joint press conference with Japanese Prime Minister Fumio Kishida, commenting on the journalist's question about the US readiness to be involved militarily to protect Taiwan "in case of an invasion," answered in the affirmative.

After that, the Chinese Foreign Ministry protested to the United States in connection with Biden's statement.

According to Beijing, the total amount of arms deals from the United States to Taiwan has already exceeded $70 billion.