Getaway to the Asturian paradise where bears roam freely

Since time immemorial, the environment (today protected) of Somiedo, declared a Natural Park in 1988 and a Biosphere Reserve in 2000, has been related to the brown bear. Already in... 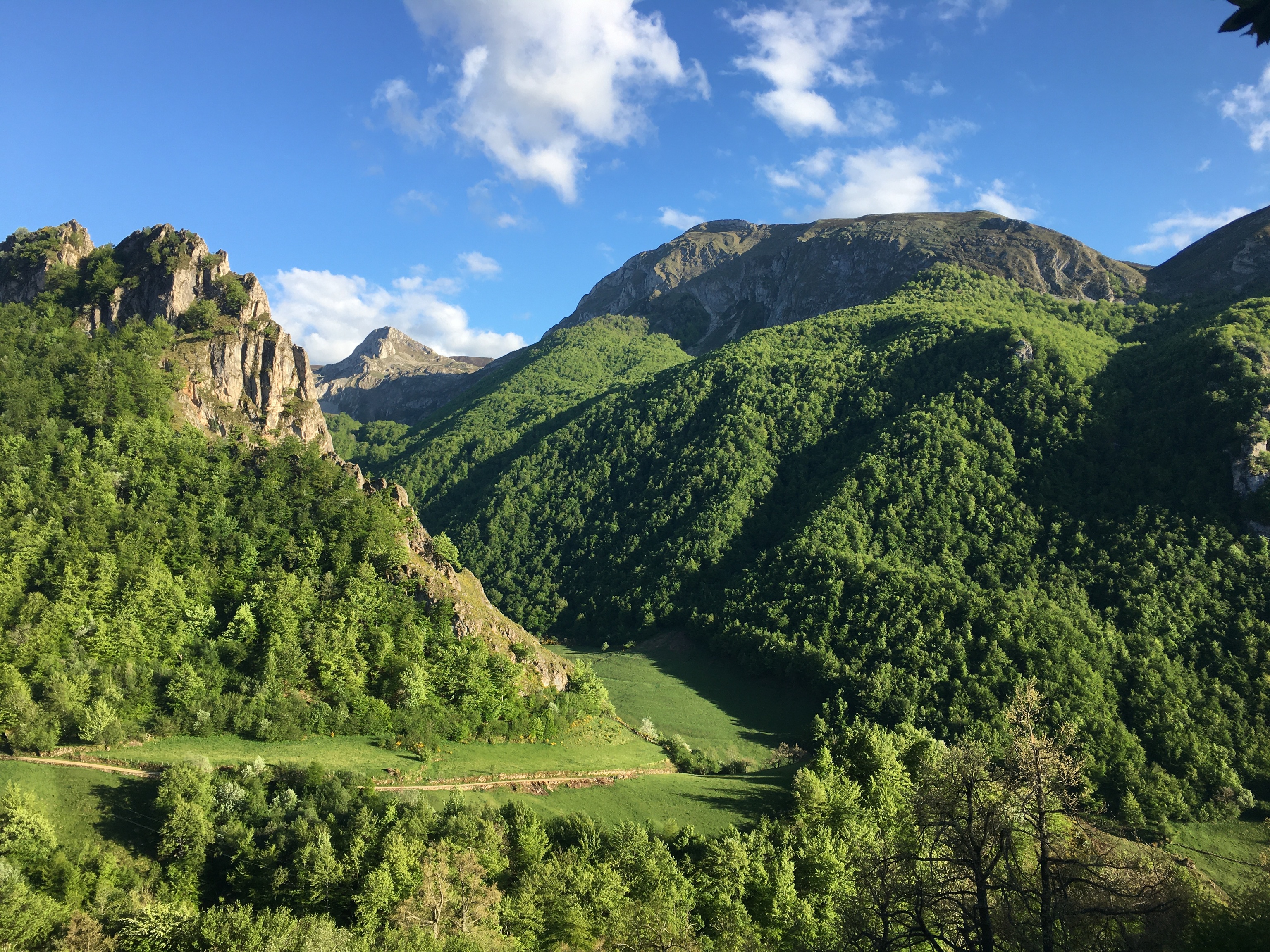 Since time immemorial, the environment (today protected) of

Somiedo, declared a Natural Park in 1988 and a Biosphere Reserve in 2000

, has been related to the brown bear.

Already in the Middle Ages, this spectacular mountainous territory of the Cantabrian Mountains located to the south of the Principality of Asturias was the place where kings and nobles congregated to hunt these animals, a practice that later spread to the rest of the population until the end of the of the 20th century and that almost ended the species.

Today, the bear is still an important lure at this point, although for very different reasons than 400 years ago.

Thanks to the Brown Bear Foundation, which has the support of other institutions such as The European Nature Trust (TENT), and its conservation measures, the bear population in the area went from around 80 individuals in the early 1990s to around of 300 that today populate the western part of the Cantabrian Mountains.

It is precisely in the Somiedo Natural Park, included in the municipality of the same name, where 38 villages are located, where it is estimated that the largest number of this protected species lives and where there are more sightings, as it is a more open and limestone terrain than other points of the Park.

More than 100,000 tourists come to Somiedo every year, attracted not only by the presence of the bears, but also by the incredible natural environment and the numerous possibilities for exploring it.

Next, we propose some must-see places within the Natural Park to escape the heat and enjoy its fauna, its traditions, its gastronomy and its incredible landscapes.

Spring is one of the best times to watch bears in the Somiedo Natural Park, because it is the mating season and the females that have had cubs finally take them out of the caves.

The City Council has established a series of viewpoints so that the observation of the specimens does not interfere with its conservation and thus also prevent the public from stopping the car in the middle of the road.

Some of these viewpoints are located in the same towns, such as

, capital of the municipality.

The main square of the charming town, crossed by the Somiedo river and wedged between steep mountains, is one of those privileged viewpoints.

Bears have been observed from it on several occasions (it is essential to do so with binoculars or telescopes) roaming freely on the cliffs or in the surrounding forests.

Another viewpoint is that of

, located 1.8 km from Pola de Somiedo (you can walk along a signposted path), with magnificent views of the valleys and mountains and a good spot for watching bears and other animals such as roe deer, chamois, birds...

But, without a doubt,

one of the most spectacular is the Mirador del Príncipe, in the La Peral braña

, 20 minutes by car from Pola de Somiedo along a winding and narrow road along which, sometimes, cows also circulate.

Located in the rural village of the same name, the place, surrounded by traditional teito huts (built with a roof made of branches) and a postcard landscape at 1,294 meters above sea level, has parking and explanatory panels for observing bears.

In addition to being a point where specimens are sighted (always with binoculars), even sometimes very close to the meadows where the cows graze, La Peral is the starting point for several signposted routes, such as the one that goes to the town of Villar de Vildas , which crosses the picturesque braña vaqueira de La Pornacal.

To find out more about the relationship between bears and the municipality, we recommend visiting the

in Pola de Somiedo (Flórez Estrada, 1. Tel.: 942 23 49 00), an interpretation center where there are bear bones from more than 10,000 years ago, ancient hunting traps, such as forge traps, and other more current ones that are already illegal, and videos and panels that explain where the bears are found, how they live, their customs and what to do in the case ( extremely rare) of encounters with humans.

is also located in Pola de Somiedo (Emilio García, 4A) and there you can find more information, maps and all the routes to get to know the park better.

go bear watching (they have binoculars, telescopes and off-road vehicles to access more complicated places), visit places where bear culture is deeply rooted or routes to discover nature, gastronomy and traditions of the area, such as Wild Spain Travel or Trabau Ecoturismo.

and best preserved protected areas in the Principality.

In it there are four large valleys: Saliencia, Valle del Lago, Somiedo and Pigüeña, through which their corresponding rivers of the same name flow.

, that enter the Park and cross brañas (grazing places), villages, rivers, natural viewpoints and climb the most incredible mountains.

One of these spectacular routes is that of the

It starts at the Alto de la Farrapona, a place with a parking enabled 22 km from Pola.

And it crosses the Saliencia Lakes until it ends in the tiny town of Valle del Lago.

The path, dominated by the Las Ubiñas massif, surrounds several lakes (La Cueva, Calabazosa, Cerveriz, del Valle...) and runs through an incredible area where iron mining was carried out in the past. Santa Rita mine, currently abandoned.

In summer, despite the fact that the waters are icy, there are those who bathe in these lagoons (more information on the route here).

The town of Valle del Lago.

Pot of cabbage with potatoes and pot of turnip greens (turnip leaves) are two of the star dishes of the local gastronomy, as well as sausages, red meat (from the cows from the area's meadows), trout and hunting (chamois, roe deer, wild boar...), in season.

(Florez Estrada, s/n, Pola de Somiedo; tel.: 985 76 37 09) is an incredible establishment with ten rooms in the middle of nature in an old mansion from the 15th century.

It has an outdoor pool and tennis and basketball courts next to a perfectly preserved medieval tower.

The idyllic hotel is surrounded by gardens with centuries-old trees and is located on the banks of the Somiedo River.

Four kilometers outside of Pola de Somiedo, in the village of El Coto, Rosalía is the owner and manager of

a charming house with incredible views of the Somiedo valley where tranquility and fresh air are the stars of the stay .

It has three perfectly equipped apartments open all year round (except Christmas).

It is worth lying down in the hammocks in the garden or sitting on the swings that she has in the trees looking at the mountains.

Price: from 70 euros the apartment for two people (meals not included).