[Video] Truck rushes into a parked vehicle... I found out I was intoxicated

A large truck collided with a parked car from behind. The accident happened just before a family got into the car, and the truck driver was intoxicated. Reporter Baek Woon reports. 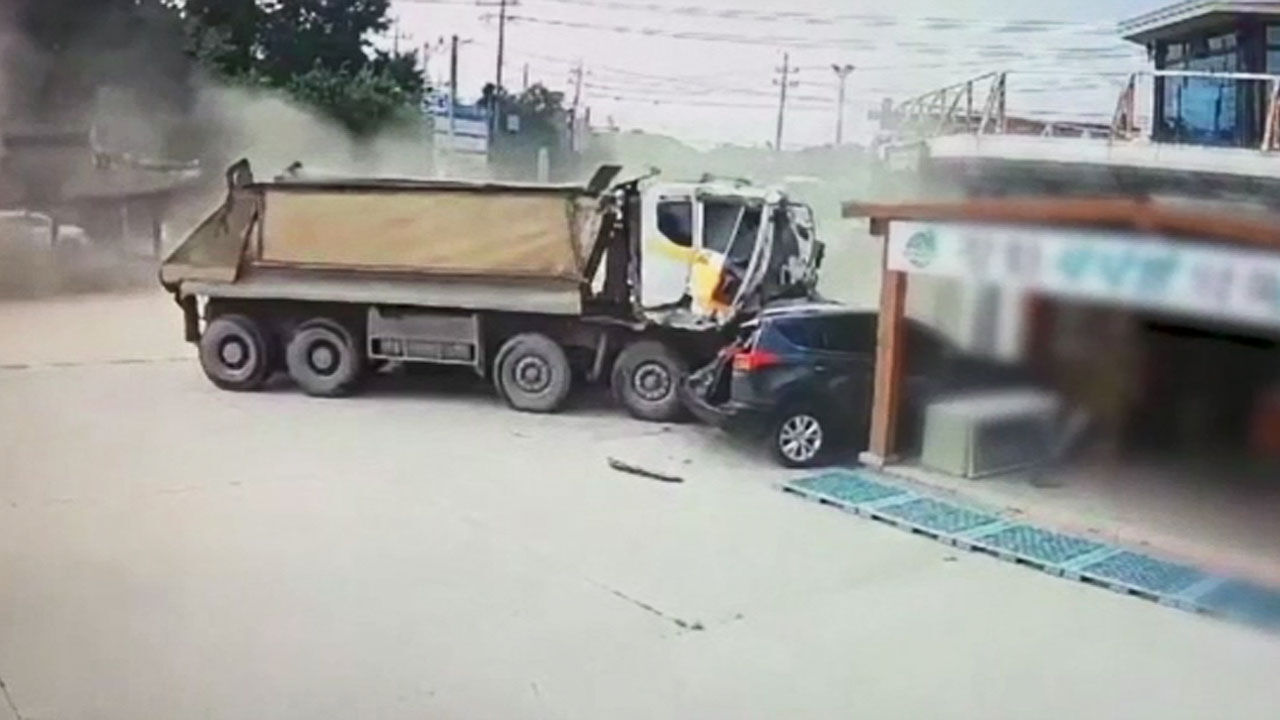 A large truck collided with a parked car from behind.

The accident happened just before a family got into the car, and the truck driver was intoxicated.

He turned to the parking lot, and after a while crashed into the back of the parked car.

The driver and his family, who were about to get into the car, hurriedly left the scene in confusion.

[Witness: Something is making thunder and lightning, outside.

The truck is coming straight ahead.

So, the boss there and I hold hands with my mom and let's go out quickly.]

As a result of the police investigation, the truck driver was in a state of intoxication at the level of revocation of his license.

At 2:40 pm, a passenger car collided with a 21-ton truck on the Jungbu Expressway in Gwangju, Gyeonggi-do.

A man in his 20s who was driving a car was seriously injured in the accident.

The man who was talking to his wife on the escalator loses his focus and falls.

A couple in their 70s, who fell backwards together, struggle to get up, but it is not easy because their clothes get caught.

Then the police officers rush down the escalator.

[Kang Se-jong/Seoul National Police Agency 6th battalion battalion commander battalion 63: I heard a really loud 'thump', so I looked behind me and saw the old couple lying on their back...

There were a lot of scratches from the waist to the toes.] The

rescuers were mobile workers who were on guard at the Korea-US summit.

The rescued elderly couple was treated by paramedics at the scene and returned home.