40 years of La Maquina, a family business whose history 'began' in an eatery

Year 1982. January: the country is preparing for the World Cup to be held in June in Spain. February: the nation is paralyzed with the cry of "Chanquete ha... 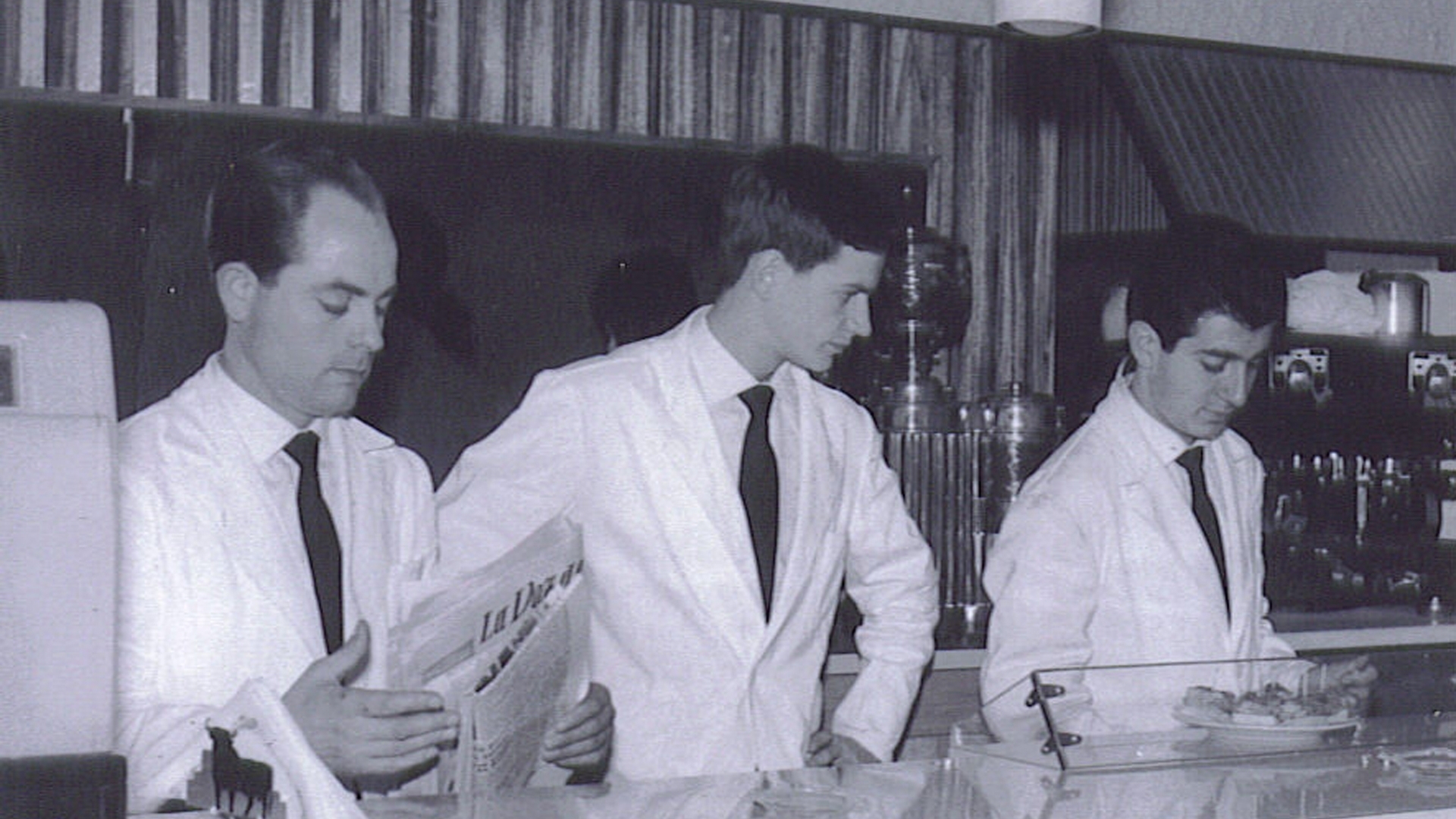 Year 1982. January: the country is preparing for the World Cup to be held in June in Spain.

February: the nation is paralyzed with the cry of "Chanquete has died!", in the series

and Mecano and his

Lost in my room

are on the way to success.

(Madrid), which will be one of the most popular business dining rooms in the city and the origin of a powerful hotel group based in the capital (Every year more than two million customers pass through its premises and sell more than 60,000 kilos of seafood and more than 50,000 kilos of its famous Russian salad).

Four decades ago, in this Machine (today The Original Machine), Tejedor, of Asturian origin,

proposed a trip to the kitchen of his small homeland

He knew gastronomy well: through his father, in the 1930s,

(Valladolid), and personally, at the age of 14 he started as a waiter in Oviedo and more Later he made a career in restoration companies in Switzerland and the Balearic Islands.

In the center of the photo, a young Carlos Tejedor, founder of the group, now retired.

With these wickers, the restless businessman began to forge,

from the quintessential business area in the north of Madrid

Roberto, his son and executive chef of the company, sums up these 40 years "as the birth and consolidation, after much work and effort, of a family dream. A project, before, and a reality, now,

that spans three generations and that started with my grandparents

, who created the first eating house in Medina del Campo".

Roberto's memories "are the ones I was discovering through my family, since The Machine is older than me."

Then they have already been their own.

"After an arduous training inside and outside the company,

I discovered that my place was there, that my passion was the kitchen

", he evokes today about those times of "great enthusiasm and hours of work, where the self-demand was very high, because the The objective was to create the base that we maintain today".

The Original Machine, with the house motto: 'Friendship, business and happiness are forged at a good table'.

The walls of La Maquina keep, since its inception, the motto of the house:

"Friendship, business and happiness are forged in a good table

It has rained a lot, but the philosophy has not changed.

"Despite the passage of time, that family essence and the imprint of the founder Carlos Tejedor López [now retired, although he visits restaurants very often],

, as we affectionately call him, continue to be maintained. At numerous lunches he has shared with me his experience and good work that has made the group have the success it has achieved during these years", explains

Javier Rueda, CEO of the group since 2017, experienced manager of multinational companies

"To achieve this there is only one way: that of excellence. This begins by

obtaining the best raw material, bringing it and putting it on the table

. We don't wait for them to come and offer it to us, we go to look for it," says Rueda, who works "hard and hand in hand with

Thus, they buy at the main Spanish markets and source from farmers and ranchers, all directly.

This, together with "respect in the treatment of the product and the service, professional, but not distant" -specifies Tejedor-, are keys to success.

But there is more.

"During these years we have been

, aspects that have helped us in times of crisis that the sector has suffered with the pandemic," says Rueda.

They weren't spared either.

"In the end, we have been able to survive with the difficulties of the situation.

It is very hard to see restaurants closed, without obtaining income and bearing expenses every month

. However, with the help and commitment of all those who put their grain of arena, to whom we thank for their understanding, we have come out of the crisis", details Rueda, while anticipating that

they will continue with "the expansion of the group, opening more restaurants and creating jobs

The Garden of the Machine.

Thus, the opening of a Machine in the Caleido tower and the reopening of Gate 57

-in the Santiago Bernabéu-, a space remodeled for the reform of the Real Madrid stadium

With the latter included, they have (from Ponzano to La Moraleja)

, "each with its own personality [menu and/or decoration]. There are not exactly two equal It is the opposite idea to the franchise in which everything is replicated", concludes Rueda.

And, to complete the experience (

Seafood and fish are very present in the menus of its restaurants.

The essence of the menus is, above all, fish and seafood, "with a touch, like at Casa Nemesio, with the rice dishes. Even so, they are all very much alive and, after each opening, we have been incorporating new dishes. The menus change every day, through

lift , they offer recipes with

: "I would define them as honest. Always giving the best, at the best possible price.

although their recipes have been renewed according to current values, less fat and sugar, sustainable fishing. .., although

without sacrificing one iota of flavour".

The Grill of the Machine.

a committee that meets every month to check the quality of the products and "improve.

This commitment is from the reception of the raw material by the chefs of the restaurants, who reject what does not meet the quality standards , and continues daily when

All in pursuit of the philosophy of this forty-year-old brand, which is celebrating its anniversary and continues to be a meeting point for business, family and leisure meals.