“Recovery will take place in a few decades”: Russian climatologist on the state of the ozone layer of the atmosphere

The ozone layer of the earth's atmosphere has not yet recovered to the state in which it was before the entry into force in 1989 of the Montreal Protocol, which prohibits the emission of freons - substances that destroy ozone. It will take more than one decade for the ozone holes to close, although scientists record a weak positive trend. This was told in an interview with RT by a leading researcher at the Institute of Atmospheric Physics. A.M. Obukhov RAS Doctor of Physical and Mathematical Sciences Alexander Gruzdev. At the same time, some of the substances that the industry has replaced freons with have turned out to be no less destructive to the environment - the search for safe alternatives continues. Global warming can also play a negative role for the ozone layer in the future, the scientist believes. 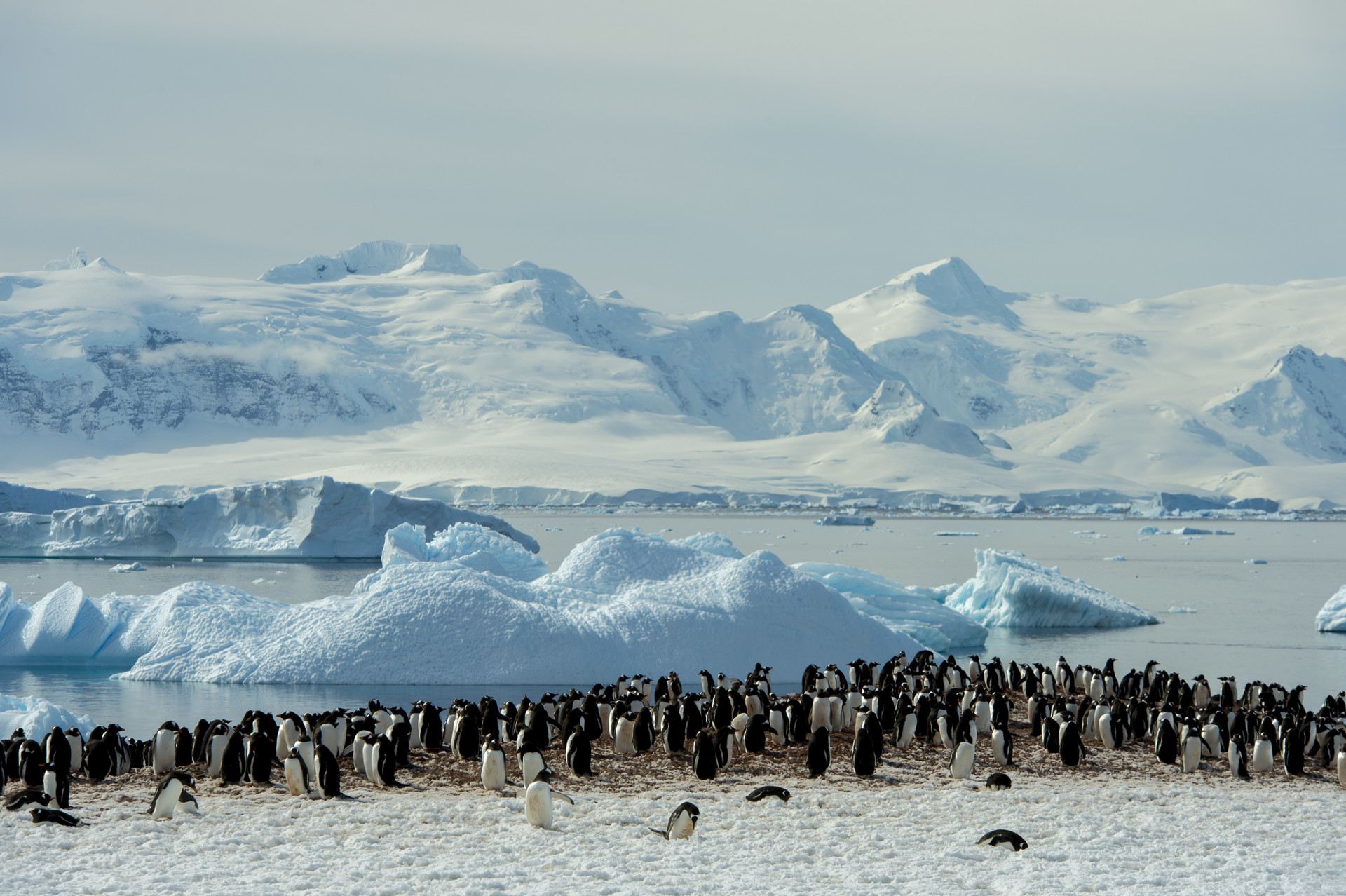 — Alexander Nikolayevich, please tell us briefly about the formation of the ozone layer of the earth's atmosphere and the factors that destroy it.

- To begin with, the atmosphere is divided into several large layers, which include the troposphere, stratosphere, mesosphere.

We live in the lower, surface layer of the troposphere.

And the main one is the ozone layer, about 90% of the total amount of ozone is in the stratosphere, at an altitude of ten to 50 kilometers above the Earth's surface, and only about 10% is contained in the troposphere.

Ozone holes are areas with greatly reduced concentrations of ozone in the stratosphere.

Ozone is formed photochemically in the presence of ultraviolet solar radiation.

And it also decomposes chemically - many such reactions take place in the atmosphere.

The fact is that in addition to ozone, oxygen and nitrogen, the atmosphere contains a number of other, chemically active impurities.

Atmospheric circulation leads to redistribution of ozone over the Earth's surface.

Ozone is mainly formed in the tropical stratosphere, where the intensity of ultraviolet solar radiation is high.

From this region, ozone is transported by atmospheric circulation to other latitudes, including the polar regions, where it can accumulate - there the rate of reactions that destroy ozone is lower.

Ozone holes are a seasonal phenomenon that has been observed every spring over Antarctica since the mid-1980s, and in some years over the Arctic.

Over Antarctica, ozone in the lower stratosphere can be destroyed almost completely.

Why does this happen in the polar latitudes, if at the equator solar radiation, on the contrary, leads to the formation of ozone in the atmosphere?

- In this case, a specific mechanism is activated that works under a combination of several conditions.

It prevents the transfer of heat and ozone to the polar region, and the stratosphere is greatly cooled.

If the temperature in the lower stratosphere drops below a certain threshold value, about -80 ° C, then stratospheric polar clouds can appear there, consisting of aerosol particles formed during the condensation of water vapor and nitric acid.

Reactions proceed on the particles of these clouds, which ultimately lead to the accumulation of molecular chlorine in the atmosphere, which is scarce under normal conditions.

With the advent of spring, under the influence of solar radiation, these molecules are quickly split into active radicals, chlorine atoms, which destroy ozone.

The researchers noted that in this case, the ozone layer is harmed by water vapor that has risen into the atmosphere.

It interferes with atmospheric circulation needed to redistribute ozone and also destroys ozone by exposure to hydroxyl radicals.

Can we say that global warming is also destroying the ozone layer?

After all, the greenhouse effect is also accompanied by an increase in the concentration of water vapor in the atmosphere.

- Water vapor is predominantly found in the troposphere in limited quantities - if the relative humidity exceeds 100%, it condenses and falls as precipitation.

But a warmer atmosphere contains more water vapor at 100% humidity than a colder one.

Therefore, it may turn out that the amount of water vapor in the troposphere, that is, absolute humidity, will increase with warming.

Water vapor partially penetrates from the troposphere into the stratosphere, especially in the tropics, where strong convection is developed.

Ozone is formed in the atmosphere as a result of the reaction of atomic oxygen (O) and molecular oxygen (O₂) in the presence of ultraviolet radiation.

The destruction of ozone occurs under the action of ultraviolet radiation and, mainly, in reactions with other chemically active impurities, such as nitrogen oxides, hydrogen-containing radicals, chlorine radicals.

In the stratosphere, from water vapor under the action of ultraviolet radiation, active hydrogen-containing radicals are formed: atomic hydrogen H and hydroxyl OH.

For this reason, the rate of chemical destruction of stratospheric ozone during global warming could in principle increase.

If global warming weakens the stratospheric circulation that transports ozone from the tropics to the middle and high latitudes, this will serve as an additional negative factor for the ozone layer.

- Does the depletion of the ozone layer affect the process of global warming?

- When ozone absorbs ultraviolet solar radiation, part of the absorbed energy is converted into heat, and thus ozone affects the temperature of the stratosphere.

Large-scale circulation in the atmosphere is determined by the temperature contrast.

Therefore, the change in heating due to ozone affects the circulation of the stratosphere.

There is an interaction between the stratosphere and the troposphere.

Some observational data and numerical modeling suggest that changes in stratospheric ozone are likely to influence processes in the lower troposphere.

But we cannot yet speak confidently about their impact on global climate change.

- In recent years, the topic of ozone holes has fallen out of the focus of attention of the public and environmentalists, its place has been taken by the topic of global warming.

It is believed that in general, mankind has managed to slow down the destruction of the ozone layer of the atmosphere through the implementation of the Montreal Protocol.

However, the statistics presented on the NASA website for years since 1979 does not indicate a noticeable increase in the concentration of ozone in the atmosphere.

For example, in September 1999, the maximum area of ​​the ozone hole over Antarctica was almost 26 million square kilometers.

What does this mean, why, despite all the efforts of governments, there is still no clear progress?

- Society pays attention to what the media tells it.

It is possible that the change in the global environmental agenda from ozone holes to the problem of global warming was due not only to objective scientific reasons, but also to political and economic motives.

It is obvious that such international agreements as the Kyoto, Paris, and Montreal Protocols all affect the political and economic sphere.

What is the danger of chlorine-containing substances, known as "freons"?

Their lifetime in the lower atmosphere is long.

Therefore, they have time to penetrate into the stratosphere, where, under the influence of ultraviolet solar radiation, they become a source of active chlorine radicals that can destroy ozone.

In addition, we should not forget about the decisive role of atmospheric circulation - it is it that creates the conditions for the implementation of the ozone destruction mechanism that occurs in the region of ozone holes.

The atmosphere is a very variable environment, the conditions in it vary greatly from year to year.

Therefore, the slow changes that characterize the gradual recovery of the ozone layer are difficult to detect against this strong interannual variability.

To do this, you need to accumulate a large observational material over many years.

However, there is already experimental evidence, not yet quite sure, that the decrease in stratospheric ozone has slowed down, and its weak growth has begun in limited areas.

Calculations using numerical models suggest that the restoration of the ozone layer to the state preceding the period of ozone holes will occur in several decades.

— Ozone maps are published every month — they show that the distribution of ozone is constantly changing, although there are also major problem areas, such as the Arctic.

Do such holes often occur over densely populated areas?

And if so, how dangerous is it for people?

- In Antarctica, people practically do not live, and there the increase in the level of ultraviolet radiation threatens mainly animals and marine biota, if they are sensitive to this effect.

However, as a result of the weakening of the polar vortex in spring, stratospheric air with a low content of ozone from the Antarctic region can shift to populated areas, up to Australia.

As for the Arctic, the situation is different here, since a lot of people live in the Arctic zone - this is Scandinavia, and our coast - Murmansk, Arkhangelsk, etc. Fortunately, ozone anomalies in the Arctic are weaker and less frequent than over the Antarctic.

By the way, in the tropics, where many people live, the total ozone content is always low.

In addition, the sun is high there, unlike the polar regions.

True, people living there are more adapted to endure exposure to ultraviolet radiation, they usually have darker skin than residents of middle and high latitudes.

— It happens that generally accepted scientific theories are revised over time.

Are there any grounds today for reconsidering the approach according to which the main reason for the formation of ozone holes is the release of freons into the atmosphere?

— There are several families of substances that destroy ozone in the atmosphere.

However, their effects on ozone are different.

Therefore, the presence of conditions for the reactions to proceed plays an important role.

For example, favorable conditions for the destruction of ozone by chlorine radicals occur in the winter-spring period in the polar regions.

There are mechanisms, the details of which are not fully understood and understood by scientists, for example, reactions that occur on aerosol particles of polar clouds.

Surprises and discoveries can still lurk in little-explored areas.

— The chemical industry is developing.

Have new substances appeared over the past decades that are not included in the Montreal Protocol, but are emitted into the atmosphere and destroy the ozone layer?

- After the signing of the Montreal Protocol, they began to switch to substitutes for substances that fell under the restriction.

Subsequently, additions to the protocol were signed, expanding the list of substances that destroy ozone.

However, among the substitutes there are those that have other undesirable properties.

For example, some of them have proven to be strong greenhouse gases.

Increasing their concentration in the atmosphere can accelerate global warming.

And the search for compounds that can be used in industrial production, but which would not destroy ozone and not lead to the greenhouse effect, continues.

- What long-term forecast can be made: has mankind still coped with the problem of ozone holes or is this an overly optimistic assessment?

— The implementation of the decisions of the Montreal Protocol, the reduction of industrial emissions of freons made it possible to stabilize the situation, led to a gradual decrease in the concentration of such substances in the atmosphere.

And speaking in general, the main problem is not so much in the release of some individual substances, but in the ideology and worldview of society.

In a consumer society, problems will arise one after another: both the destruction of the ozone layer and global warming ... The ideology of consumption has gradually been imposed on almost the entire world, and, of course, the environment suffers as a result.