The Colombian Leonor Espinosa, chosen "the best chef in the world"

Colombian chef Leonor Espinosa has been chosen as the best chef in the world according to the list published by The world's 50 best, while her restaurant located in Bogotá... 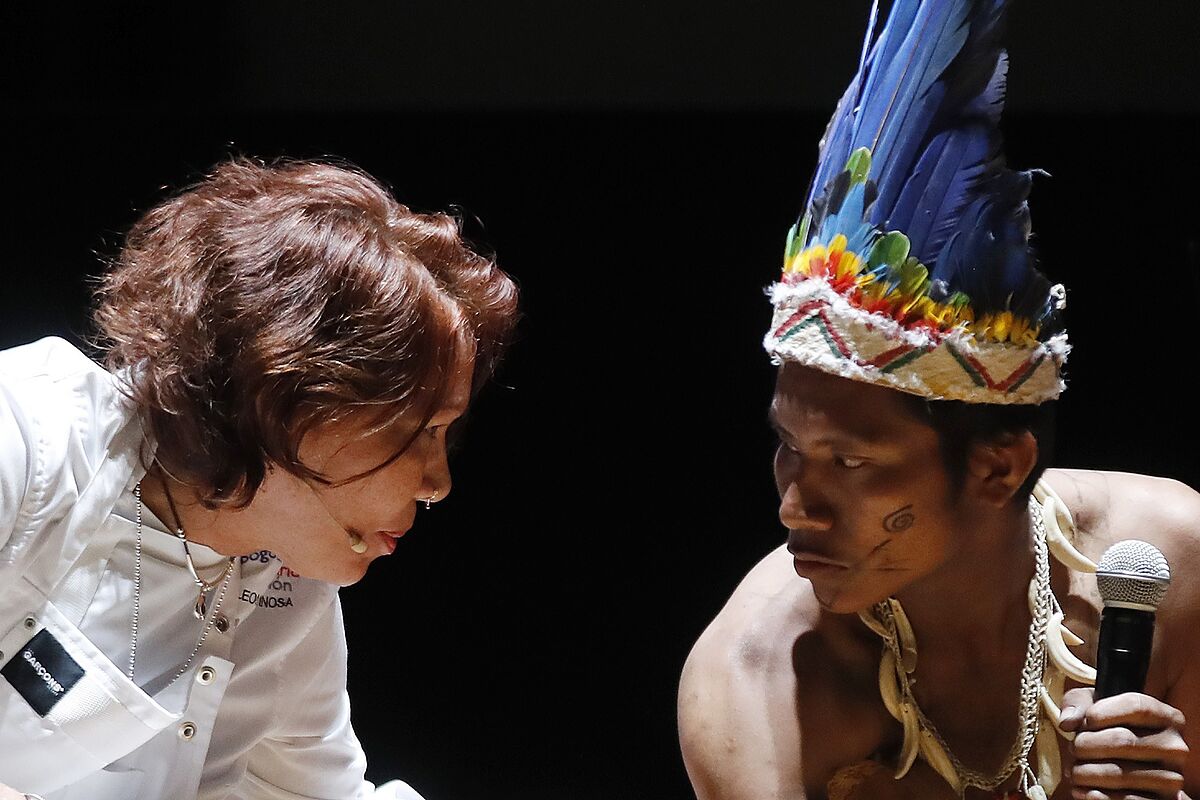 , while her restaurant located in

50 best restaurants in the world

, the second most biodiverse country in the world, home to 51,330 species, is carving out more and more territory in the international culinary atlas, and a woman has been the defining force behind that phenomenon," said the person in charge of awarding this award after the announcement in reference to

The chef, who was born and raised in the Colombian Caribbean,

In the words of

, "it has a mission that goes far beyond applying haute cuisine techniques to Colombian ingredients", and the chef uses a 'cycle-biome' philosophy "as a boost for social and economic development of indigenous and Afro-Colombian communities, and their mission is now being more widely recognized.

As for their restaurant, located in the residential

in the Colombian capital, it defends "sustainable biodiversity as an alternative way to strengthen cultural identity and generate well-being", something for which they work directly with farmers from different areas of the

, as the restaurant is called,

has managed to be the 46th best restaurant in the world

From this philosophy the

socio-environmental foundation was born , which he directs together with his daughter

, which aims to support indigenous communities and through which it reintroduces the ancestral culinary knowledge of some of them.

will officially receive the award for

Best Female Chef in the World

on Monday, July 18, at a ceremony in London.