"The power of museums" is the motto with which the International Day of these temples of knowledge, art, science and knowledge is celebrated this year. On the 18th... 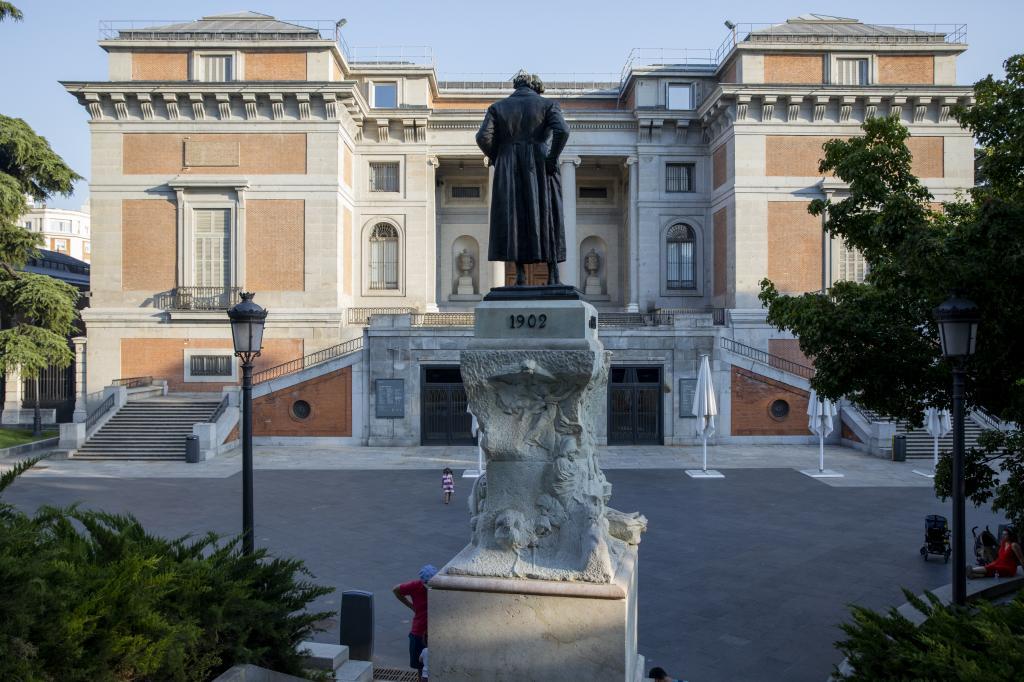 The power of museums

" is the motto with which the International Day of these temples of knowledge, art, science and knowledge is celebrated this year.

was the date chosen by the

in 1977 to highlight its role in the development and evolution of society.

join the initiative, an event that includes those in Madrid, where some of the most important museums in the world are located. For its part, the Night of the Museums is celebrated on the first Saturday following to that date, May

, also with a multitude of activities.

The statue of Goya at the entrance of the Museo Del Prado.ANTONIO HEREDIA

throughout this day to both the temporary exhibitions and the permanent collection.

Added to this is the

initiative , a project where the visitor accesses new experiences through the simultaneous enjoyment of the visual arts.

The Prado also joins the

Night of the Museums

on May 21, with the opening of the

, a large architectural space that forms the backbone of the Villanueva building, and the recently inaugurated

, a space dedicated to expanding the visibility of the sculpture and decorative arts collections, from 8:30 p.m. to 12:30 a.m.

The great Spanish museum dedicated to 20th-century and contemporary art will have 17 uninterrupted hours (from 7:00 a.m. to 12:00 a.m.) of live music in collaboration with Radio 3. The plaza of the Nouvel building hosts 48 performances , a whole marathon with guests of the caliber of

In addition, from 9:00 p.m. to midnight, in the garden of the Sabatini building, an electronic music session is held by the main Radio 3 DJs.

The museum offers an open day in which both the permanent collections and Carmen Thyssen can be visited free of charge, as well as the temporary exhibitions:

The Art of Trompe l'oeil

American Art in the Thyssen Collection

In addition, the museum proposes an intense day full of activities: between 12 noon and 2:00 p.m., restorers, curators and educators from the Museum bring the public closer to the works from different points of view.

American Art at the Thyssen Collection

, start one in English through the rooms of this exhibition.

For this activity, it is necessary to book in advance through the museum's website.

As a finishing touch to the celebration, from 6:00 p.m. to 7:00 p.m., a conversation takes place on the Terraces of the Museum around the motto of the day.

Finally, the celebration extends outside the walls of the museum and continues at night in the garden of the Hotel Palacio de los Duques Gran Meliá, where the

piece , created by the artist

Of Gods and Saints

between the goddess Cibeles and San Isidro, which can also be enjoyed on Saturday.

In addition, it is possible to visit the exhibition

Lope 1622. Four Spaniards and a Saint

, and which deals with the literary and devotional relations of Lope de Vega with the four Spanish saints canonized in 1622 .

Photography by Carlos de Hita for the immersive exhibition of the National Museum of Anthropology. CARLOS DE HITA

The museum remains open until 11:00 p.m., with free admission and a concert by

, author of the celebrated song dedicated to the institution that has accompanied it since the beginning of the year.

Together with his entire band,

For the Night of the Museums, the immersive sound installation created by

Face to face with the eruption of Cumbre Vieja, La Palma.

In the context of the temporary exhibition

, a circle of loudspeakers will reproduce the voices -and the magnitudes- of

that for four months changed the landscape of the island of La Palma.

allows visitors a free tour of its collections by the Cultural Mediation team.

You can visit the Royal Armory and the Royal Kitchen for free.

For this second space, the number of guided tours has doubled, with passes every 30 minutes.

The rest of the historic complex remains closed to the public by an official act.

In the monasteries of the Encarnación and the Descalzas Reales (Madrid), admission is free for the guided tour.

celebrates May 18 with music.

takes place , in which Ensamble la Danserye performs courtly music from the time of

And for the Night of the Museums, it will extend its visiting hours until midnight.

, made from the original objects from his home in Buenos Aires.