“We switched to Russian architecture”: the creator of the NashStore app store talks about plans to develop the service

The Russian app store on Android NashStore has become available for download to all users. The need to create a domestic service in early April was announced by the head of the government of the Russian Federation, Mikhail Mishustin. In early May, Google blocked the ability for Russians to download and update paid apps in its Google Play store. Domestic developers are preparing a replacement for the American service - for example, VK is preparing to create its own application store, the beta version of the RuStore store will be launched on May 25. The creation and development of the NashStore service is carried out by ANO "Digital Platforms". In an interview with RT, Arseniy Shcheltsin, CEO of the company, told how NashStore selects applications for placement in the store, and also spoke about negotiations on pre-installing the service on smartphones. 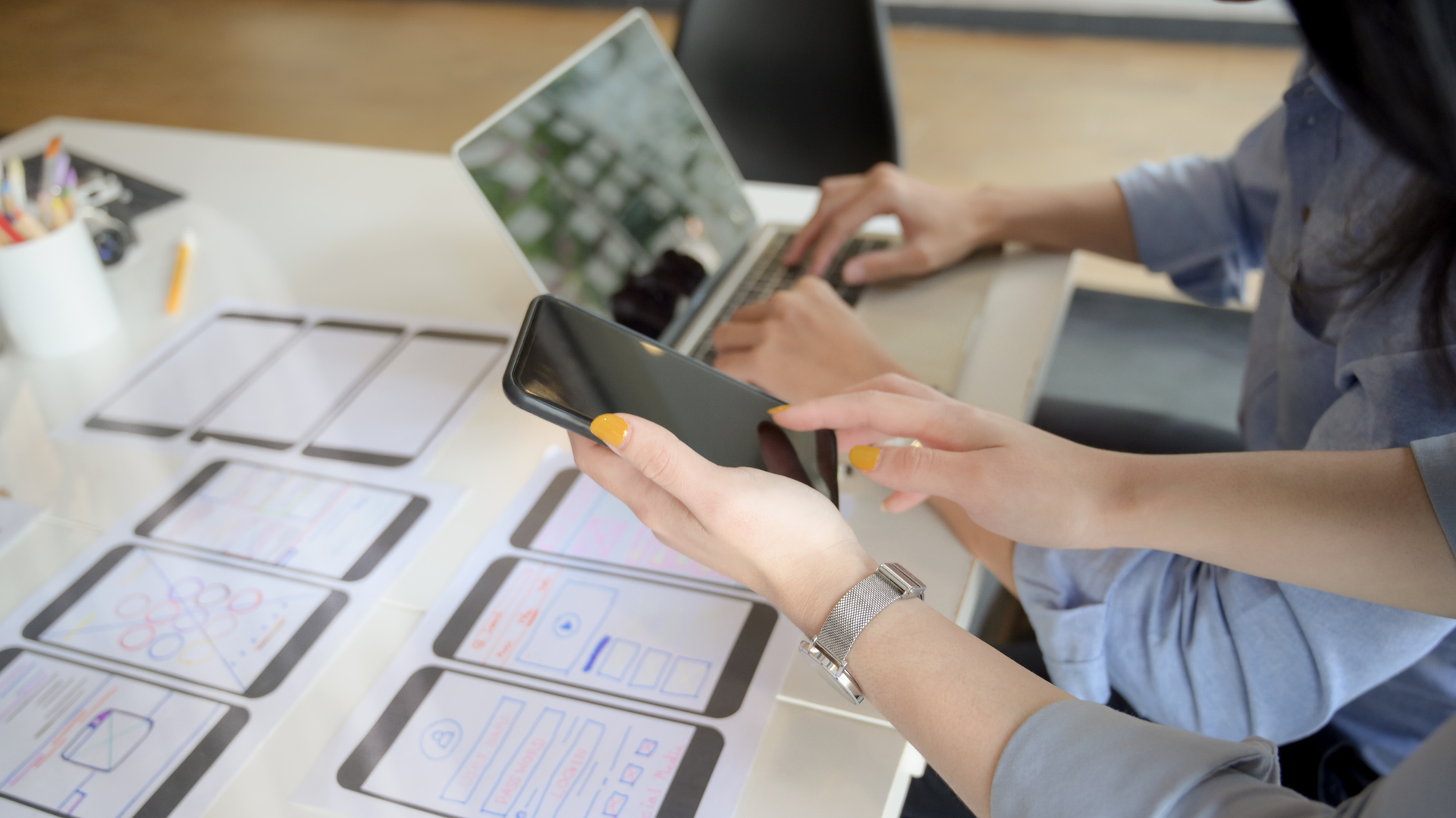 — Arseniy Aleksandrovich, on May 16, the Russian app store on Android NashStore became available for download to all users.

Has NashStore been developed from scratch in recent months, or was this import substitution planned in advance?

— Creating a Russian app store is a logical decision.

By and large, such a service should have appeared even before the adoption by the government of the Russian Federation of a law on the mandatory pre-installation of Russian mobile applications on devices sold in the country.

And if earlier the economic feasibility of creating such a store was still not entirely clear, now it is obvious.

The development of NashStore started recently - at the end of March 2022.

We already had some tools and developments for creating a catalog and other elements of the service, so we decided to take on this project.

- Is it possible in theory to block NashStore from Android?

Users noted that when working, the NashStore application accesses the API (Application Programming Interface - a protocol for the interaction of computer programs that allows you to use the functions of one application inside another. -

- Initially, this configuration was optimal and acceptable.

Unfortunately, on May 16, on the day of launch, a DDoS attack was launched against our service using Western services.

The attack continues even now, the number of its formats is growing.

In this regard, it was decided to switch to a more optimal architecture model.

We have an alternative in the form of Russian solutions, although they are not mobile enough.

However, the presence of good domestic IT specialists made it possible to quickly reschedule this architecture.

This is necessary so that we, on the one hand, have the ability to quickly repel attacks, and on the other hand, give users the opportunity to uninterruptedly download a huge number of files and applications, each of which, on average, “weighs” 50-100 MB.

Now we have already switched to Russian architecture, created by combining the best practices from several Russian companies.

- How can a user make sure that he is downloading the official NashStore application, and not a copy with malicious code?

Especially considering that for some time the installation file was placed on the public "Yandex.Disk"?

— Yes, on May 16 this file was also subjected to one of the types of attacks.

Although it was distributed over the CDN (Content Delivery Network) - a global network that serves to speed up the delivery of traffic from providers to recipients.

) with DDOS protection, this was still not enough.

Since the file became the main target, it was decided to transfer it to a public hosting with an understandable reputation - to Yandex.Disk.

But even there the file was attacked and blocked.

Now it can be downloaded from our official website.

It is not recommended to download from other services, because in this case we do not guarantee the safety of the code.

Since this is an open development, attackers can inject malicious elements into the application.

— How can a developer add his application to NashStore?

Many of them complain on social networks that you can download the application only if you have the status of an individual entrepreneur or self-employed.

Are there any plans to open such an opportunity for individuals?

— According to Google Play statistics, most of the most reliable applications are created by companies, although the store also cooperates with individuals.

According to our observations, it is easier for companies to pass moderation for placement in the store, comply with the requirements regarding the processing of personal data, prevent the appearance of illegal content in the application, non-working elements, etc.

We are now forming an ecosystem that will provide services to users.

Therefore, the status of a developer is very important to us - it must be either an individual entrepreneur or self-employed.

Considering that it is possible to register as a self-employed person in a matter of minutes, we do not see this as a great difficulty.

Plus, we give the opportunity to register to individuals who are in the process of registering as self-employed.

- And how many applications have already been received from developers, and have they all been processed?

And how quickly can the app appear in the store after the application is submitted?

“We allow two weeks to process applications, but in most cases it takes three days.

We ask some developers clarifying questions, give recommendations on how to fix the application description or some errors in the program itself.

Approximately 500 applications are currently undergoing the registration process, and more than a thousand products are already available in the store.

- Are there any negotiations with smartphone manufacturers, both domestic, such as AYYA, and foreign, about pre-installation of NashStore on devices?

Yes, we are in talks.

This is a market issue, a bargaining issue - smartphone manufacturers are interested in installing a whole ecosystem of services, this increases the demand for devices.

Negotiations are underway, but for now I will refrain from naming specific companies.

- While there are relatively few applications in the store, most of the popular Russian services are not available.

Are you discussing the possibility of placing such applications in

“Now we are negotiating with the largest app owners, as well as with the most popular apps from Google Play.

Of course, now we are somewhat held back by DDoS attacks that prevent us from cracking down on our full height.

But I hope that soon we will overcome this problem and all users will be able to safely download applications from NashStore, the number of which will also increase.

Experts interviewed by RT believe that creating an app store is not a difficult task, so NashStore will soon have many competitors in the Russian market.

This is good news for app developers as they will have to attract them by lowering commissions and fees.

NashStore was the first such service.

According to an IT expert, chief developer of the Kremlin website Artyom Geller, the creators of the market released it in a short time and will now finalize the already launched market.

“You can see that the NashStore app was made in a big hurry.

To quickly start the service, standard developments were used.

Naturally, the tight deadlines affected the quality of the product, it is still quite "raw".

However, the service can potentially improve and expand, ”the expert said in an interview with RT.

According to experts, the creation of such stores is a technically simple process, especially when it comes to still small scales.

“Technological difficulties will appear if the service grows to a gigantic scale, although it is too early to talk about this,” says Geller.

This point of view is shared by Telecom Daily analyst Ilya Shatilin.

“Without a doubt, now many would like to receive multibillion-dollar budget funding for the creation and promotion of a domestic application store.

But, by and large, there is nothing difficult in creating such a market.

There are many alternative markets in the world - for example, in China, where Google Play does not work.

Such applications can be created very quickly and cheaply, ”the specialist said in a RT comment.

However, it is not enough to create an app store - it is important to attract developers and users to the site, analysts say.

“So far, the NashStore service needs to solve the main problem - the audience, because people are not used to it yet.

Secondly, it is not clear how to motivate developers to upload applications to this particular store.

This issue will be resolved if the developers of the Russian "store" can agree with smartphone manufacturers on pre-installing the market on devices - and not necessarily NashStore.

And even after that, it will take time for people to begin to perceive the new service as a familiar solution,” says Artyom Geller.

Experts agree that the emergence of any alternative markets can only be welcomed, as they will allow downloading applications blocked on Google Play due to sanctions.

“Google will not be able to block such an application store, because the program can be downloaded to a smartphone directly from the developer’s website by removing the corresponding restriction in the device settings.

Google can only remove an app from your smartphone if it was downloaded from Google Play.

Unlike iOS, Android is an open operating system, and this is its main advantage.

Yes, downloading applications from alternative sources can be risky, there is a possibility of downloading a virus.

However, I note that moderation is also very bad on Google Play now, there are a lot of fraudulent applications in the store,” said Ilya Shatilov.

According to him, if there are several application stores in Russia, developers will be able to easily place their programs in all at the same time.

The popularity of one or another “store” among app creators will depend on the conditions that will be created for them.

“For developers, the more distribution channels, the better.

For example, Google Play had a commission of about 30% for developers.

Other markets can set their own, lower commission,” Ilya Shatilov believes.