President Yoon Seok-yeol attends the first 5.18 commemoration ceremony after taking office. By showing an active will to inherit the spirit of May 18th, it is interpreted as a move to dispel the theory of neglect by the conservative government and to strengthen the message of national unity. 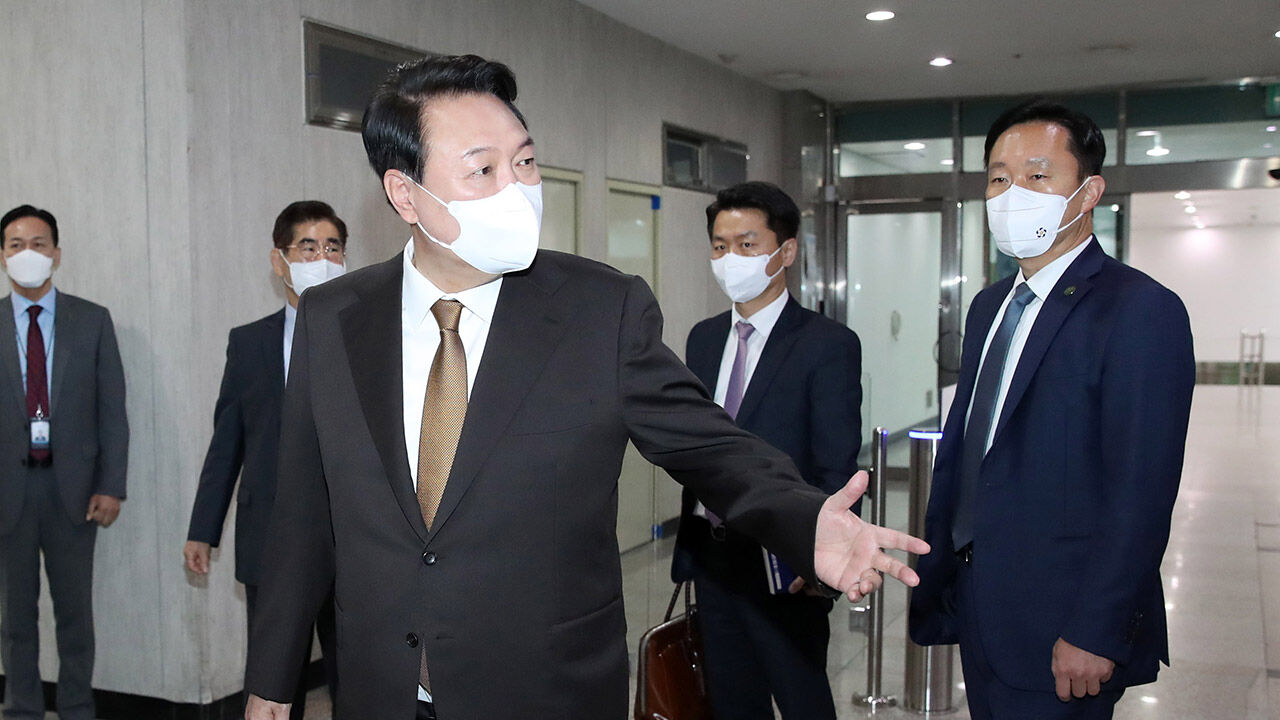 By showing an active will to inherit the spirit of May 18th, it is interpreted as a move to dispel the theory of neglect by the conservative government and to strengthen the message of national unity.

Another official added, "President Yoon will visit Gwangju tomorrow and throw a bold message compared to his predecessors."

This year's ceremony will be unusually attended by 100 lawmakers from the ruling People's Power, Minister Yoon Seok-yeol of government ministries, and most of the chief executives of the President's Office.

President Yoon encouraged the government and the ruling party to participate as much as possible, and it is said that the office of the chief political officer conveyed this opinion to the party.

We have also prepared a special KTX train with a presidential car for efficient transportation.

Instead of boarding a dedicated helicopter as usual, we tried to 'skinship' with the party by using the high-speed rail.

President Yoon is likely to sit around and eat a packed lunch with lawmakers in his train.

The ceremony draws attention from the entrance scene of President Yoon.

When President Yoon visited the May 18 Democratic Cemetery in November last year while he was a presidential candidate, he was blocked from accessing the memorial tower as he was blocked by protesters protesting his 'controversial remarks in support of Chun Doo-hwan'.

Even in February, right before the election, the memorial tower failed to burn incense.

However, this time, a 'normal' position is expected.

A high-ranking official said, "I think that President Yoon can enter with the bereaved family and various survivors' organizations through 'Democracy Gate'.

In his commemorative speech, President Yoon is likely to discuss adding to the preamble to the Constitution, not only the March 1st Movement and the April 19 spirit, but also the succession of the May 18 spirit.

The People's Power Code already includes the inheritance of the 5.18 spirit, and President Yoon also promised to include it in the Constitution, saying, "The 5.18 spirit is the spirit of liberal democracy."

A high-ranking official told reporters, "President Yun has made a public statement (the record of the Constitution) several times," but "It seems that the National Assembly is the priority for constitutional amendment, so it does not seem like we are pursuing something ahead of time. Maybe it will go ahead when we discuss it.”

At the end of the ceremony, President Yoon and other attendees will sing the song 'March for Peace', a symbol of the May 18th Democratization Movement, to commemorate the souls of the victims.

This is to show a differentiated image by opting out of the ceremonial ceremonies in the past, or willingly singing songs that were played in the form of a choir rather than a chorale in the past conservative governments.

In his inaugural address on the 10th, President Yoon previously said 'unification'

In addition, yesterday's speech on the administration of the National Assembly three times referred to the 'bipartisan cooperation' between the government and the parliament.

It is interpreted in the same context to set a policy to make the National Integration Committee, which operated during the transition committee stage, a permanent organization, and to promote the enactment of related presidential decrees.

In line with this, the People's Power is preparing to revise the relevant laws requested by the 5.18 organizations.

An official from the presidential office said in a phone call, "I expect that Honam Province will sympathize with the efforts for east-west reconciliation and open their hearts."