Mother and daughter on a basic income who ordered 'traumatic chicken'... I cried at the boss's message

oh! The last search term for clicking is 'the chicken restaurant owner's warmth'. A few days ago, on a site delivering news from Songtan, Pyeongtaek, Gyeonggi, "I am a mother of a child. 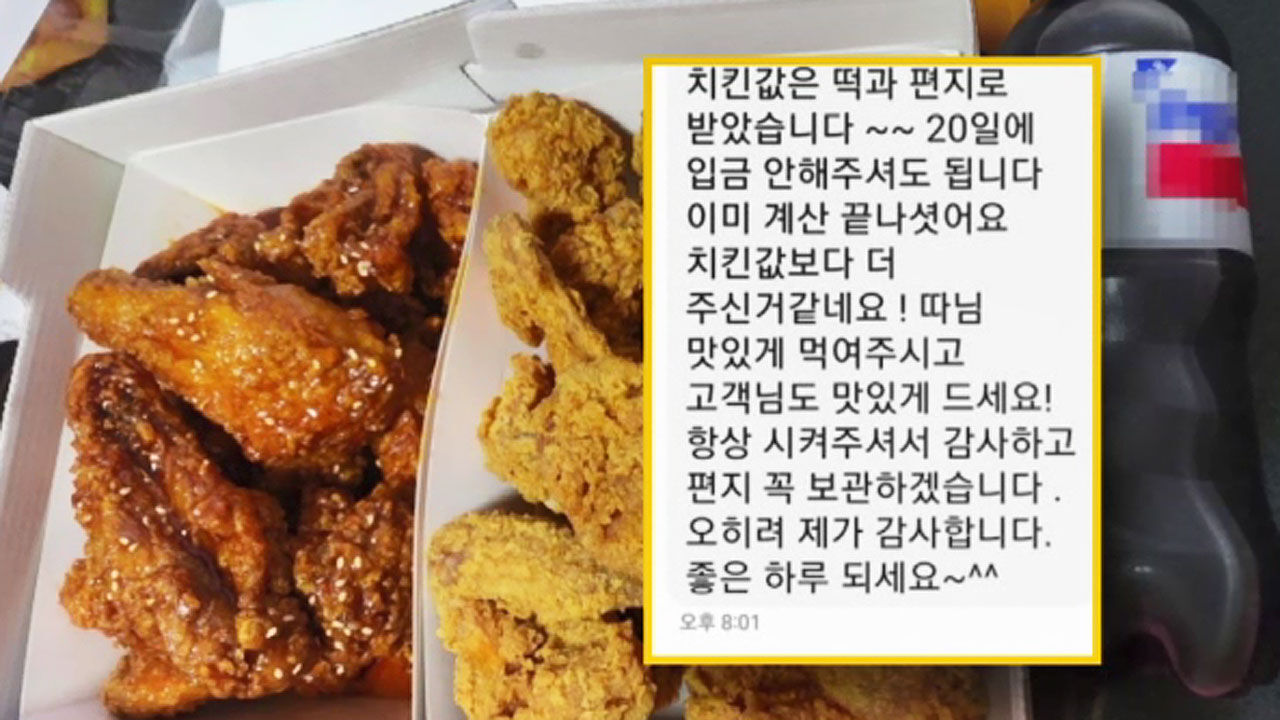 The last search term for clicking is 'the chicken restaurant owner's warmth'.

A few days ago, the story of Mr. A was posted on a site delivering news from Songtan, Pyeongtaek, Gyeonggi, saying, "I am the mother of a child. I cried because I was so grateful."

According to the published article, Mr. A is a basic beneficiary, and on the 20th, he receives the government subsidy, including his living wage.

He said he wanted to buy chicken for his daughter, but didn't have the money right away, so he carefully asked the store for credit.

It is said that the owner of the chicken house willingly delivered two chickens for her mother and daughter.

Mr. A is grateful for the favor, and he promises to pay for the chicken on the 20th and handed him a hand letter and rice cakes.

After that, Mr. A shed tears when he received a message from the owner of the chicken restaurant.

In the message, it was written, "I received the chicken price through rice cakes and a letter. You do not have to deposit on the 20th."

Netizens who saw this responded, "It makes me feel so happy that there is still someone so warm!", "It must have been a great joy for the child. Let's go out to get 'Donjun'!"