'En el blanco', the documentary that uncovers the miseries of one of the most desired fashion brands among young people

Toya Spencer, a former Diversity and Inclusion manager at fashion firm Abercrombie &amp; Fitch, was stunned at her first meeting in early 2000 with... 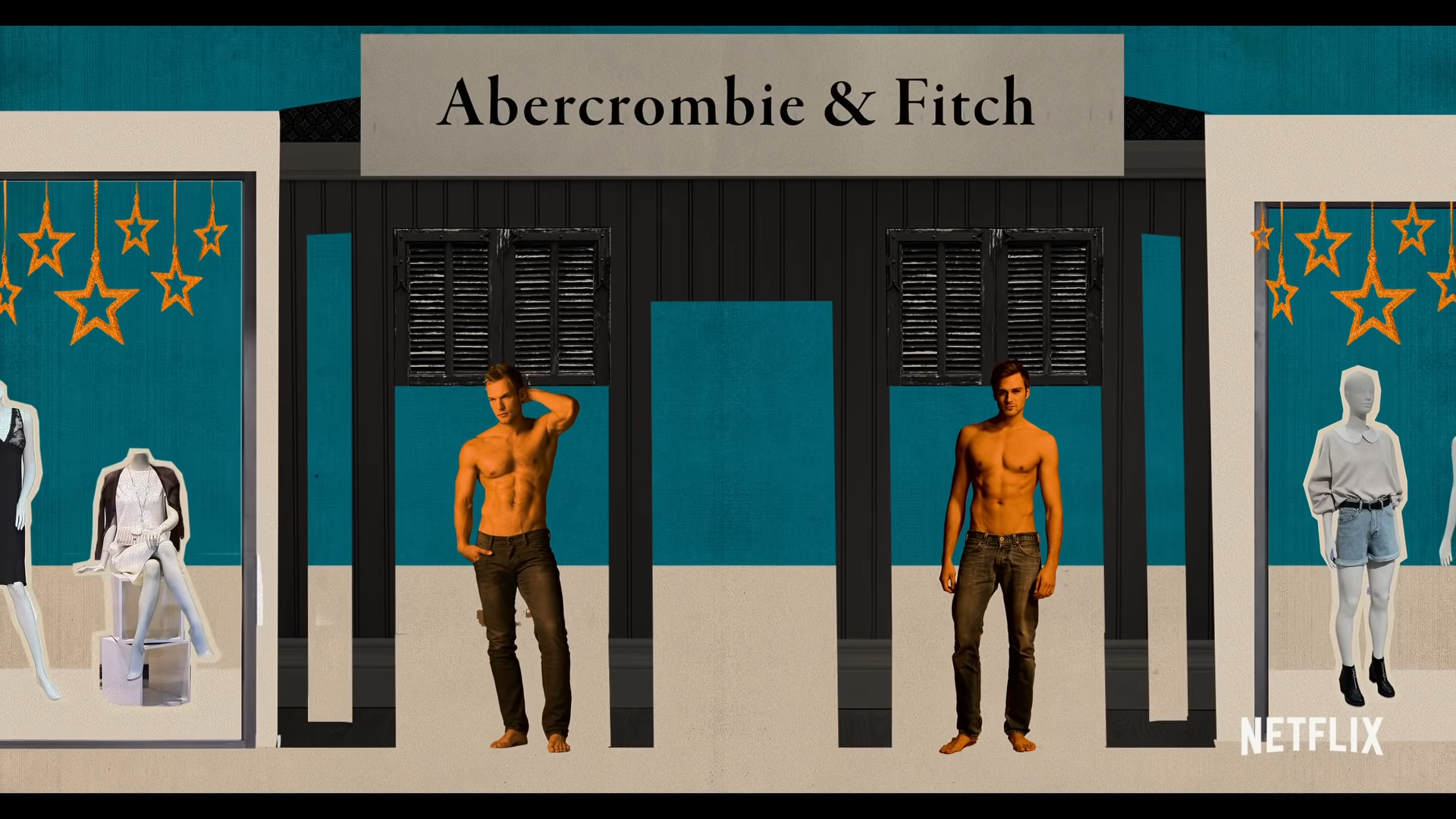 Toya Spencer, former manager of Diversity and Inclusion at

, was stunned at her first meeting in early 2000 with store managers of the popular and exclusive brand: "I was speechless to hear them say what kind of workers they wanted in front of the public, the way they talked about beauty, who (in their opinion) was handsome and who was not, how people's features were dissected in detail and how they I decided in interviews who worked and who didn't according to their appearance. I couldn't believe that these practices were carried out in a selection of personnel".

Toya's statements join those of more than a dozen former employees and former models of the company and investigative journalists who, in

Spot On: The Rise and Fall of Abercrombie & Fitch

, the documentary that Netflix has just released

, tell the hiring practices of this world-famous brand, which went from being one of the most desired and exclusive among wealthy young Americans in the late 1990s and early 2000s to the most hated in the American country, accused of discrimination for its commitment to employing only

people , which translated into young, attractive, muscular white men between the ages of 18 and 22.

Toya had been hired to clean up the firm's image a bit, after the company was sued for racism by former employees in 2004 (to whom it eventually agreed to pay nearly $50 million).

The brand with stores halfway around the world promised to change the way of hiring: the workforce went from having 90% white workers in 2005 to 53% in 2011. Even so, the identity, the feel of Abercrombie & Fitch and the exclusion as keys to success were still intact;

in fact, people of color who were hired after the complaint were placed in warehouses.

The production shows in detail the future of the firm, which currently has almost a thousand stores around the world (including its subsidiary brands).

Its journey began a hundred years ago as a brand of clothing and exclusive sports equipment such as horse riding, hunting and fishing that had among its clients Ernest Hemingway or Teddy Roosevelt.

In the early 1990s, it was decided to reinvent it and

This gives the firm a complete turnaround with one goal: to be the coolest brand among wealthy young people between 18 and 22 years old and the image of the "perfect American", handsome and athletic.

The formula worked and, in a short time, the (very expensive) T-shirts, sweatshirts, caps and jeans that impeccable models wore on the posters were the object of desire on university campuses and a sign of exclusivity among the wealthy American youth.

thing at the moment and entering one of their establishments, dimly lit, with music at full volume, with a smell that charmed young people and pissed off adults and at whose door you were welcomed by a spectacular shirtless guy to the whisper of

it was an experience that everyone wanted to live, because it did not exist in any other store in the great shopping malls of the United States.

, Ashton Kutcher, Heidy Klum and January Jones, among others, succumbed to the brand

, as shown in the Netflix production.

"One day, without further ado, the manager of the store where she worked told me that she no longer counted on me because he was Filipino," one of the former employees of the brand declares before the cameras.

The same thing happened to another young woman.

"I asked my boss if I could work more hours and do other things than clean the shop window. She told me no, that she was very good at cleaning. A few days later I was no longer on the shift schedule and when she asked me He told me not to worry, that they would call me. They never did, "says this young black woman.

More joined these cases and together they decided to file a

for discrimination, which was later followed by more, such as the famous complaint of a Muslim girl who was rejected in the selection process for wearing a hijab.

The firm, although it reached monetary agreements with those affected,

never acknowledged having carried out discrimination or exclusionary hiring

However, after these scandals, unethical practices began to come to light.

a manual that showed the rules for hiring

, which included what they considered "being handsome," says a former employer of the firm. "To be hired in the stores, it was also required, have an athletic body, a classic haircut and keep it clean and well groomed.

Dreadlocks were unacceptable and men were also not allowed to wear gold chains..."

But the bombshell that shattered the brand's prestige was the conversation that Jeffries had with a journalist in 2006, which he then published years later in a report on fashion stores: "Yes, we are an exclusive brand, no I like that people who are not

wear our clothes", assured this eccentric businessman who himself supervised every detail of the brand, from the design of the logos and the clothes, to the appearance of the shop assistants and the cleanliness of the store shelves.

The scandals, the lawsuits and the poor financial situation that the company was going through forced Jeffries to leave Abercrombie & Fitch in 2014.

about it, something that he has done the new direction of the renewed company after the departure of the executive.

In a statement on their social networks, which is reflected at the end of the film, they clarify: "This is a story that took place under the previous leadership. We want to make it clear that these are actions, behaviors and decisions that would not be tolerated in the business".

On Target: The hour and a half long The Rise and Fall of Abercrombie & Fitch