The police are chasing a gang of people who approached and hijacked the items while claiming to buy an expensive used watch worth more than 100 million won. They targeted the loophole of 'convenience store cash on delivery delivery'. 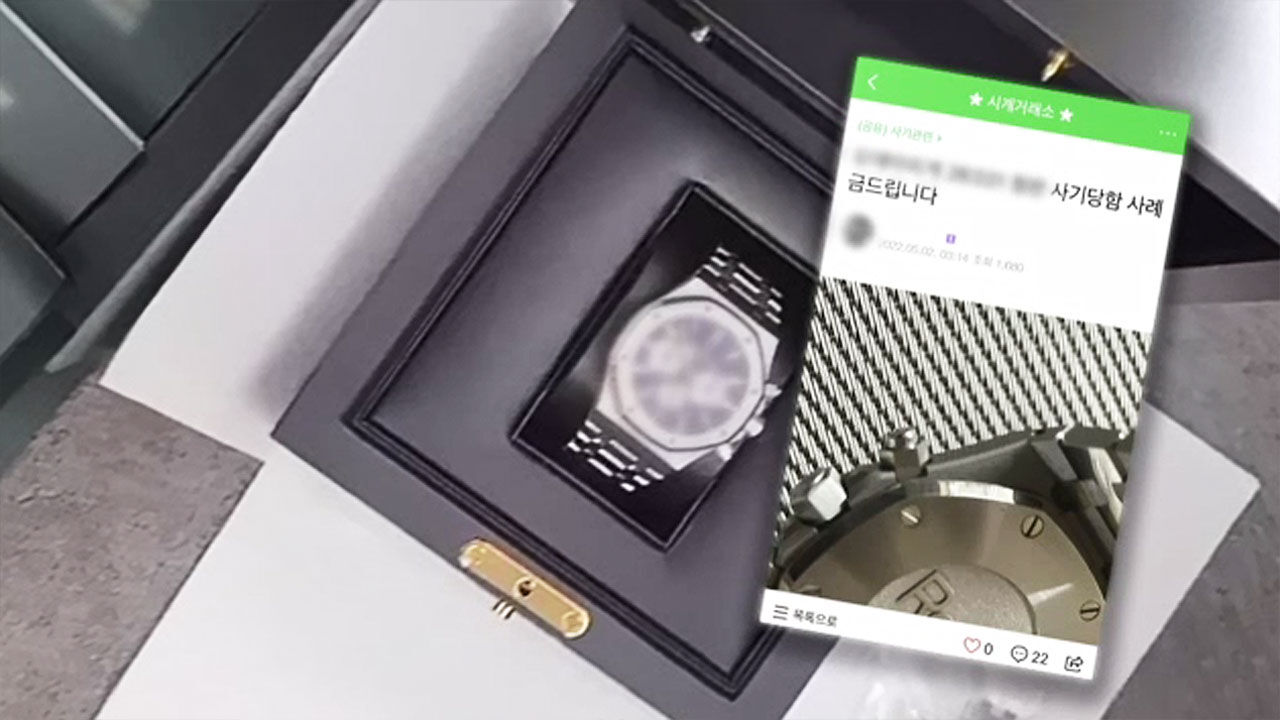 The police are chasing after a gang of people who approached them to buy an expensive used watch over 100 million won and hijacked the items.

They aimed at the loophole of 'convenience store cash on delivery'.

A man enters a convenience store.

He showed the photo of the delivery request sheet in his cell phone to the staff, and asked to return the parcel ordered a while ago, saying that he would cancel it.

In this box was a watch worth 120 million won.

Mr. Kim, in his 50s, put this watch he bought five years ago on a second-hand sales site last month.

A man offered to buy it for 110 million won, but he insisted on convenience store delivery.

This is the voice of the call at the time.

Convenience stores have CCTV and all are secure, but that means there is nothing to lose…

Do I have to pay cash on delivery?

I'm trying to get it that way, so from my wife's point of view, I have to see packing and sending everything...

[Victim Mo Kim: Then I can even make a video call.]

[Courier scammer: Yes, then I will deposit money right away…

After believing this and sending the parcel, the accomplice took the box from the convenience store and ran away while talking on the phone with the man.

He's with his sister-in-law and he's doing something, but the money doesn't come all at once...

After calling several times to find out where Kim resides, they received a photo of the delivery request and went to the convenience store.

The reason these organizations were able to come out with a box containing an expensive watch was because the victim at the time left the courier with cash on delivery.

Cash on delivery delivery was free of charge, allowing us to skip the credit card verification required to cancel the payment.

[Mr. Kim / Victim: It is not that I didn't calculate because I paid for the courier.

Because of that, I was able to cancel it at will.]

They posted the intercepted watch on another used site to resell it, but were caught by a watchmaker who saw Kim's Internet bulletin board complaining of fraud.

In the end, one transporter was caught by the police on the 2nd.

The police, who are chasing the rest of the accomplices, urged caution, saying that scams using cash on delivery delivery services at convenience stores often occur.