Drunk driving accidents are on the rise as social distancing is lifted and restaurant business hours restrictions are removed. In particular, there are a series of unfortunate accidents in which people are hit by drunk cars and die or their passengers are killed. 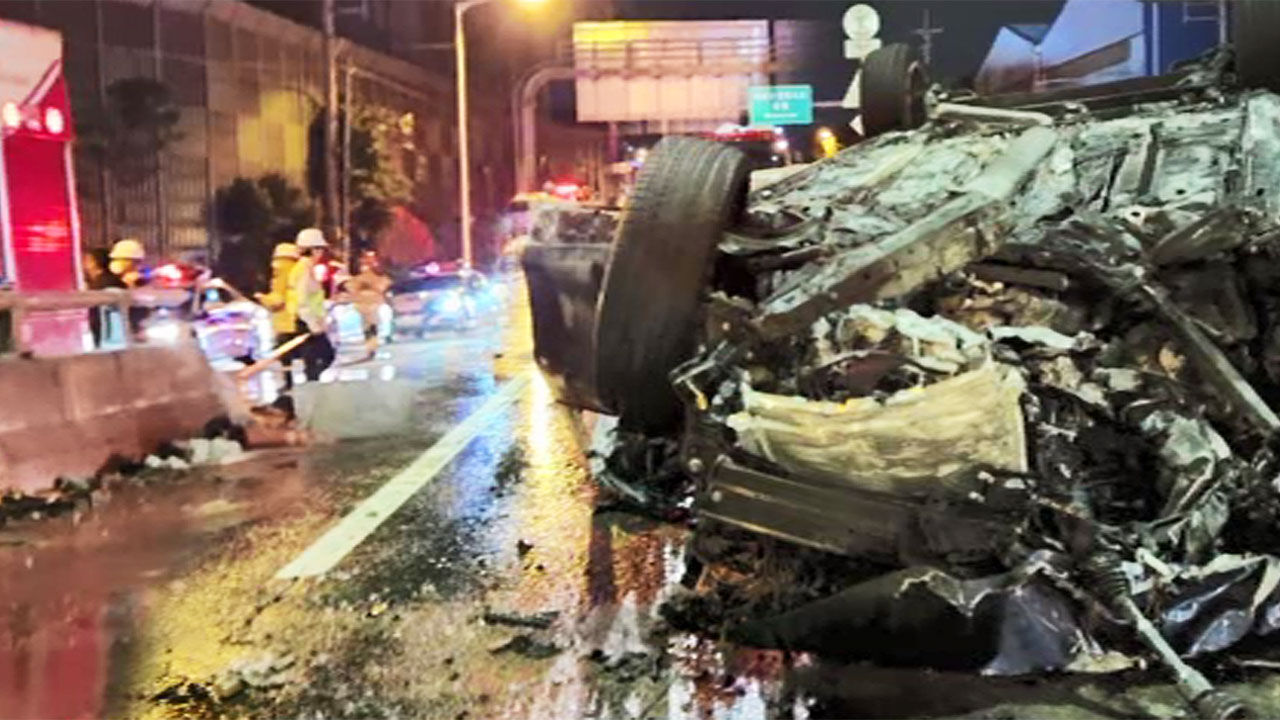 In particular, there are a series of unfortunate accidents in which people are hit by drunk cars and die or their passengers are killed.

Firefighters tried to spray water, but the vehicle eventually burned down, leaving only a bare skeleton.

Today (15th) around 3 am, at the entrance of Eulsukdo Bridge in Busan, a small SUV driven by a 25-year-old woman A collided with the bridge structure and overturned.

Immediately after the accident, Mr. A managed to get out of the car engulfed in flames, but a 30-year-old man in her passenger seat died, and a woman in her 20s in the back seat was seriously injured and is being treated at the hospital.

As a result of the breathalyzer test, driver A's blood alcohol concentration was 0.171%, which was more than twice the standard for revocation of her license.

Police believe that A crashed into her structure while forcibly changing lanes while driving.

[Busan Saha Police Station official: This car is going on 3 lanes now and I have to ride it on Eulsukdo (Daegyo), so I suddenly moved and there is a pier.

I hit that ring.] At the

same time, on a road in Seogwipo, Jeju, a woman in her 50s was hit and killed by a drunk driving car.

In April, when social distancing and business restrictions began to be relaxed, the average daily drunk traffic fatality in April soared by nearly 30% compared to the first quarter, when Corona 19 was in full swing.

The police believe that the death rate from drunk driving accidents will quickly rise to the level before COVID-19 and plan to significantly strengthen the crackdown on drunk driving.