Subway molestation free? Poem 'controversial' written by the secretary of the presidential office

Controversy is growing over Yoon Jae-soon, secretary for general affairs in the presidential office. When he was a prosecutor, he was subjected to personnel measures for sexual harassment, etc. In addition, the contents of his poetry collections published in the past are also becoming a problem. 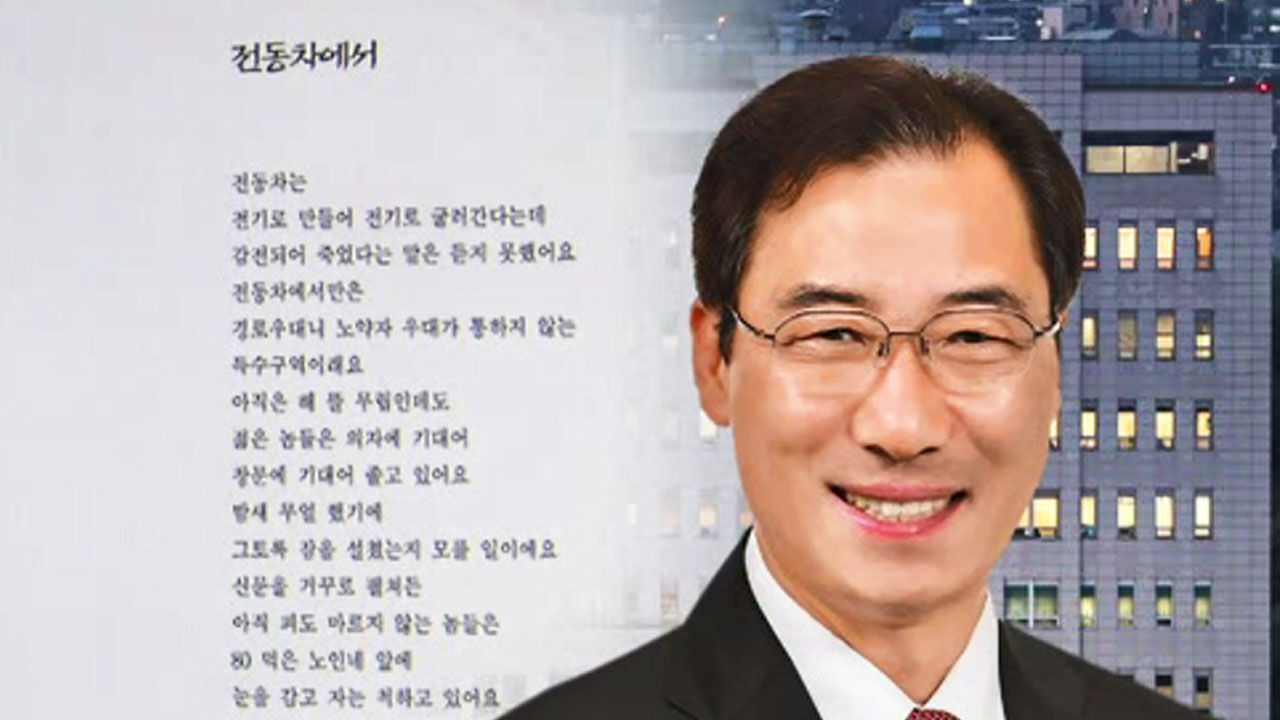 Controversy is growing over Yoon Jae-soon, secretary for general affairs in the presidential office.

When he was a prosecutor, he was subjected to personnel measures for sexual harassment, etc.

In addition, the contents of his poetry collections published in the past are also becoming a problem.

This is the picture of when President Yoon Seok-yeol resigned from the office of prosecutor-general in March of last year.

A man sitting next to President Yoon and getting out of the car together.

At the time, he was the head of the operation support division for the Supreme Prosecutors' Office, and he was a secretary to the President's Office, Yoon Jae-soon, who worked with him as an investigator since his days as a public prosecutor.

The poem, "On the train", after critically mentioning the situation in which preferential treatment for the weak is ignored, the inside of the train is "a place where the freedom of mischievous boys is still guaranteed" and describes the sexual harassment in detail, and the woman "only blushes" “I wrote that.

This is a point that is criticized for revealing a distorted perception of subway sexual harassment, which is an obvious crime.

Secretary Yoon did not answer reporters' questions, but an official from the presidential office insisted, "This is not a post that reveals Yoon's gender perception, but a poem that points out the wrong conditions inside the train."

Regarding the sexual harassment allegations that arose while serving in the prosecution service, it is pointed out that it was a flimsy measure that ended with a warning without formal disciplinary action.

[Lee Jae-geun/Director of the Power Monitoring Bureau of the Solidarity for Participation: (1996, 2012) Just to warn the person who caused this problem twice in a row.

They are close associates, but it seems that they are being appointed without going through the verification process.]

※ This is the full text of the poem by Secretary General Yoon Jae-soon mentioned in the article.

<On the train> / Yoon Jae-soon Trains

but I didn't hear that they died from an electric shock . It's a

where the elderly and the infirm do not apply

n't know what I was

doing all night so I could

to push the chubby girl's breasts and

but the girl who can't speak is

twisting her body and blushing.

Waiting for the next stop and