Since China banned the manufacture of the main cryptocurrency a year ago, huge "data centers" have fled to Texas, where electricity is cheap. Because bitcoin mining is engulfing… 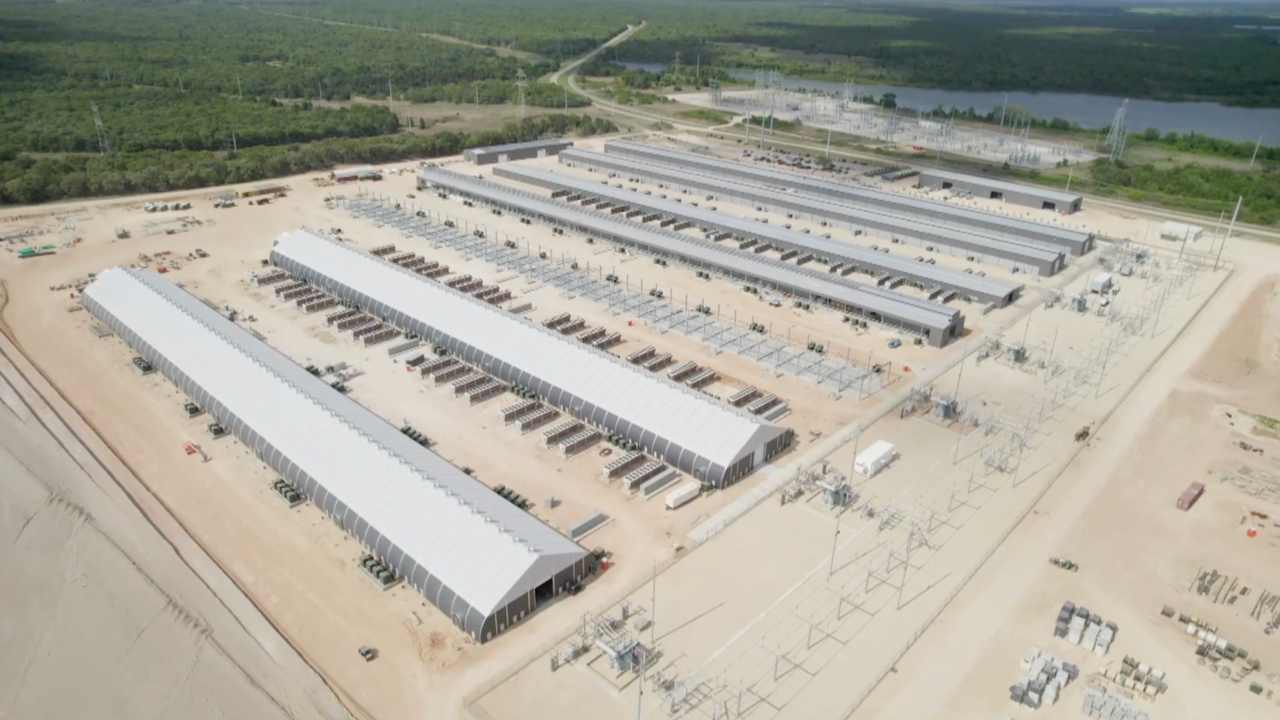 "This is the most photographed place on our site!"

Chad Harris, CEO of the Whinstone company, is proud to show us the heart of his mine.

Here, no faces blackened by coal, but a huge sanitized hangar with, over 150 meters long and 6 meters high, thousands of computers lined up, the processors overheating.

Upon entering, the sound of fans capturing heat and expelling it outside via a “cathedral” – a huge hall in the center of the building – is deafening.

Welcome to the largest bitcoin mining factory in the United States.

Chad Harris, the CEO of Whinstone, in a room nicknamed "the cathedral" where the heat generated by the processors is evacuated.

The bitcoin industry alone would use more energy than countries like Sweden or Poland.

Mining is the name given to this process of creating the main cryptocurrency.

As the value of traditional coins was guaranteed by the metal from which they were forged, trust in bitcoin is ensured by "blockchain", i.e. an encrypted formula that secures bitcoins and their transactions.

This algorithm is calculated by thousands of computers around the world, and in particular, therefore, in the small town of Rockdale.

In the middle of the Texan countryside, an hour and a half drive from Austin, it's hard to imagine that this faded town of 5,600 inhabitants is home to the cutting edge of world technology.

The main street is riddled with abandoned houses, shops with curtains down for a long time.

However, a change is coming.

Evidenced by the renovation work in progress on this avenue.

"It's related, and it has nothing to do at the same time," confirms John King, the mayor of Rockdale.

"There's a lot more traffic in town since the bitcoin factories came in, but the money for road repairs comes from the state of Texas."

Because here, the receipts of public money are limited.

The two huge bitcoin factories settled in 2019 a ten-minute drive away, just outside the territory where the city collects property taxes.

When you go there by car, it is first of all the grid of the electrical network that you see.

Opposite, on the other side of this country road, an imposing disused aluminum factory is now occupied by a Chinese bitcoin manufacturing giant, Bitdeer.

The Chinese company Bitdeer has converted the local Steel factory into a data center, in Rockdale, Texas, on April 21, 2022. © Valérie Defert for France 24

Only a few dozen meters away, its direct competitor, the company of Chad Harris, has brought out of the ground the seven huge hangars which house nearly 50,000 "miners".

"When we use the term 'miners', we're really talking about these processor-packed computers that process the bitcoin algorithm and create this currency," summarizes the CEO of Whinstone, showing radiated hard drives in the process of be installed in a new hangar.

Invented in 2009, bitcoin has reached new heights, with an exchange rate of $67,000 per unit last October.

Currently around $40,000, it remains extremely attractive.

At Whinstone, in March, the computers running at full speed "forged" 511 bitcoins, or more than 20 million dollars.

The boss discovered the easy money that a simple machine could bring in thanks to his son, Ashton.

In 2019, he advises her to invest in her first "miners" that Chad runs in his office.

"I couldn't believe my eyes," recalls the entrepreneur.

"I just plug in a machine, it tells me if everything is fine with a green or red light, and it makes me at the time $60 a day. I thought to myself, 'Let's buy more machines!'

Chad Harris, the CEO of Whinstone, in 1 of 7 Whinstone "data centers", where more than 38,000 processors mine Bitcoin.

This businessman from Louisiana then set up a team responsible for finding solutions on a large scale.

A pool of well-paid jobs that relieves a disaster-stricken community.

"That's why I'm doing all this," sums up the entrepreneur, on the verge of tears.

"To see people's lives improve and my employees' children get a great education."

The town's mayor, whose son works for competitor Bitdeer, rubs his hands: "Whinstone paid for the equipment to broadcast our team's American football matches on YouTube. And in high definition, not a bad thing They also offered the 4th of July fireworks and the school graduation."

Benefits that may seem anecdotal, but which represent concrete improvements for the daily lives of residents.

John King, mayor of Rockdale for ten years, sees bitcoin mining as a great development opportunity for his town of 5,000, April 21, 2022, in Rockdale, Texas.

A fairy tale that took a new turn when China banned bitcoin mining from its soil last year.

Too polluting to feed a virtual industry, at a time when Beijing is becoming aware of climate issues.

Driven out of their country, Chinese entrepreneurs are knocking on the door of Texas, the main electricity producer in the United States, where taxes are low, environmental standards almost non-existent, and the energy market, deregulated and particularly attractive.

"At that time, we were getting 3 or 4 calls a week," the mayor of Rockdale recalled.

“We must have had around 50 requests from Chinese companies to install 20,000 miners each. But to be able to respond to them, you have to be able to easily connect to the electricity grid. capacity, and it would have taken 16 months to build the necessary infrastructure. Chinese entrepreneurs can't wait that long with computers down."

The Whinstone company thus needs a capacity of 400 Megawatts, or half the electricity produced by a nuclear reactor, to run its computers.

The factory produced 512 bitcoins last month and generated about $20 million.

"The bitcoin algorithm is not a simple mathematical equation to be solved. It is rather comparable to a betting or lottery system that puts computers in competition, and creates a work escalation for machines", explains Rolf Skar, from the NGO Greenpeace.

This is called the "proof of work" protection system.

On the contrary, other virtual currencies have a "proof of stake" system that reduces electricity consumption by 99%.

It is for this reason that Greenpeace is calling for a structural change to the code that secures bitcoin to reduce its environmental impact.

“Because if you simply ban bitcoin mining in one country, the whole industry moves elsewhere in the world and becomes even more polluting,” insists Rolf Skar.

Texas bitcoin mining professionals counter that a growing portion (about 25%) of the electricity produced in this state comes from renewable sources, the vast majority of which is wind power.

And that in the event of too much pressure on the electricity grid - as was the case in 2021 during a historic winter storm - computers can be shut down in seconds, and the excess electricity fed back into the grid local (at a very advantageous price for mining companies).

“I'm sure those who operate in Texas are convinced that they are having a positive impact,” admits Rolf Skar.

“But would they say the same about bitcoin mines that run on coal, in Pennsylvania, in Kentucky? Or in Montana, where they are even restarting coal-fired plants? systemic issue we are raising."