The bullfighting industry revives with San Isidro: "It was about time"

The gorings from the pandemic are still scarring the thighs of many of the hoteliers in the Sales area. "This has been a disaster." "We put the premises in... 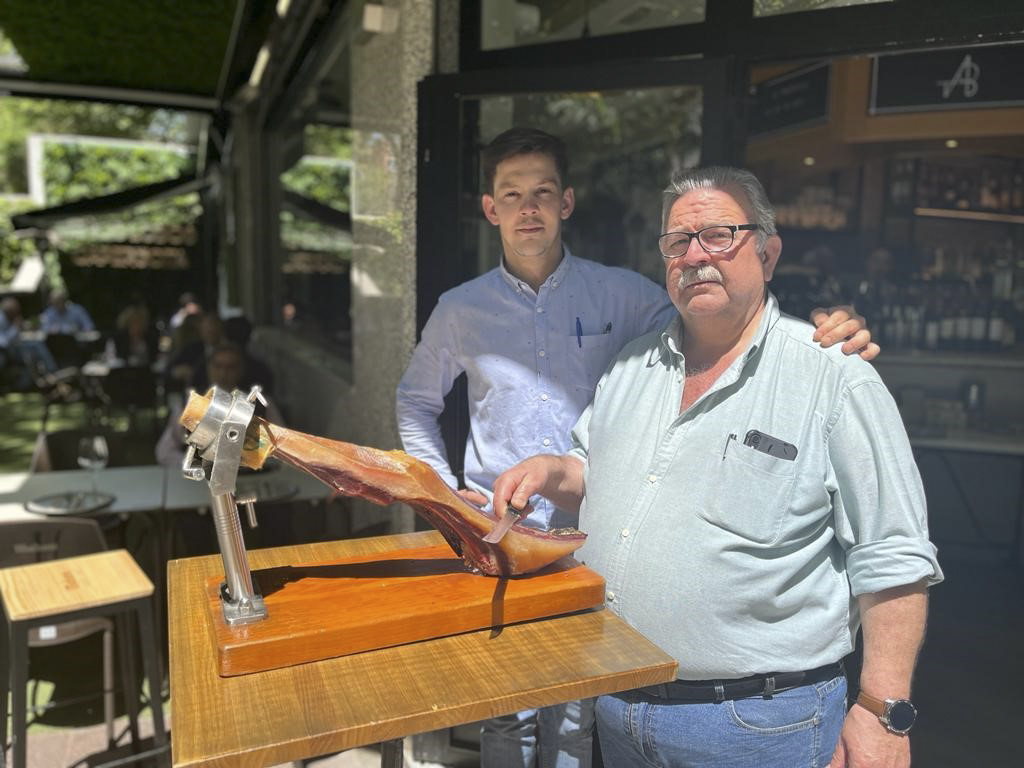 The gorings from the pandemic are still scarring the thighs of many of the hoteliers in the Sales area.

"This has been a disaster."

"We put the place up for sale."

"We have had a very bad time."

For this reason, the protagonists of these testimonies unquestionably adhere to the philosophy of the motto that Plaza1, a Monumental company, has chosen to promote the return of the Fair after two years of forced hiatus:

Aware that there is no bullfight without food, without prior and without discussion afterwards,

and being able to look to the future with optimism.

Precisely that, optimism, is what provides one of the great meeting points around Las Ventas, Taberna

Under the management of César Molero, the venue has established itself as one of the most popular in the area among fans, who pack the establishment and the surrounding area every day.

For the latter there is good news: the new regulation that allows, from two hours before the bullfight and up to two hours after, the consumption of food and drink outside the facade of each venue.

," says César, who felt offended by football and now faces the Fair with enthusiasm.

For those who prefer indoors, La Tenta has a large renovated space, a lower dining room and a novelty: a reserved annex for greater privacy for groups.

The common denominator of the restaurants in the neighborhood, La Tienta included, is the oxtail.

With the permission of

With a renewed air but with the same essence of Casa Leandro, Roberto Gil has taken over from his father, maintaining the family's classic dishes such as the aforementioned oxtail -still cooked by his mother, Telly- tripe and lamb sweetbreads , but in turn updating a menu that highlights the glazed scallops, the potera squid, the candied artichokes or the cheeks in wine with sweet potato puree.

All with the plus of a renovated terrace where youth mixes with the most veteran gatherings and that makes this place a must.

Close to Abanto, on the bullfighting route of restaurants in Las Ventas you should not miss

(C/ Pedro Heredia, 23), a place where, in addition to enjoying specialties such as oxtail, baked monteras or bulls In the sea, the fan can watch the bullfights on giant screens, being the headquarters, in addition, of three bullfighting entities: the Association el Toro de Madrid, the Peña Taurina Los Areneros and the International Bullfighting Club.

Another bullfighting club, that of José Tomás, has its headquarters in the closest bar to the Monumental de las Ventas.

(C/ Alcalá 204), where in addition to seeing the bulls in an interior room,

before the bullfight you can taste one of its specialties, rice with lobster.

The Fair is long -29 consecutive days of bullfighting-, but almost as extensive is the list of bars and restaurants in the area where you can find a bullfighting atmosphere.

To finish off the route (or perhaps better to start it), a short walk to the other side of the M-30.

"This is the most bullfighting tavern in all of Madrid."

With that forcefulness, Manolo, the Pontevedra owner of

(Av/ Donostiarra, 6), a small 23-year-old establishment - "I have the same ones as Michael Jordan" is sold here, he says as a riddle -, and that moves to the fan until the April Fair.

where Manolete, Antoñete, El Viti, Camino, Romero or even one of El Cordobés with Luis Miguel Dominguín hunting in Toledo.