Today, we will focus on the news that the section from Gangnam Station to Sinsa Station, an extension of the Shinbundang Line, called the Golden Line, will open on the 28th. This is reporter Yoo Young-soo. Trains with no passengers on board are testing the planned opening section. 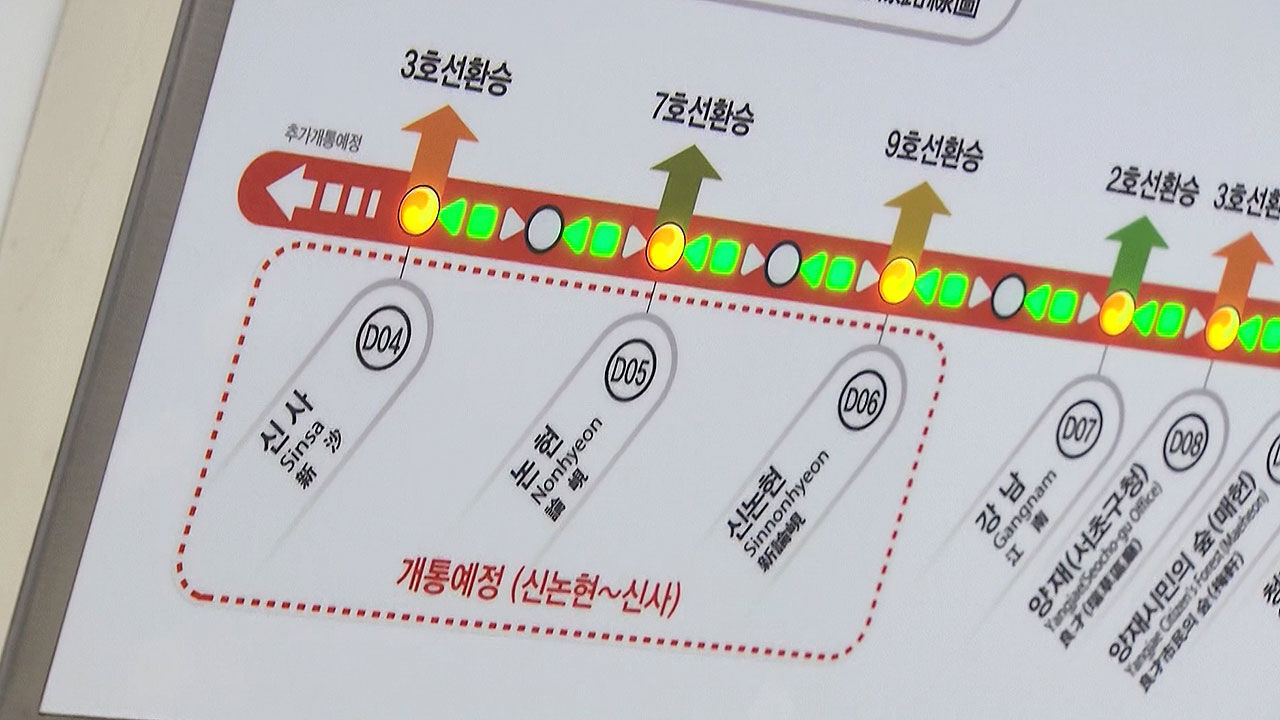 Today (11th), we will focus on the news that the section from Gangnam Station to Sinsa Station, an extension of the Shinbundang Line, called the Golden Line, will open on the 28th.

This is reporter Yoo Young-soo.

An unaccompanied train is running a test run in the scheduled opening section.

In the newly built station, finishing work such as cleaning is in full swing.

The extension section of the Shinbundang Line, which will open on the 28th, is a 2.5km section from Gangnam Station to Sinsa Station.

Although there are only three new stations, all of them are transfer stations, which is expected to greatly improve transportation convenience for users.

[Lee Man-seung/Shinbundang Line passengers: When going to the airport or Gangseo-gu, if you do it arbitrarily, you can save time by 10 to 20 minutes, or up to 30 minutes (I think.)

] It is estimated that it will take about 41 minutes to get to Sinsa Station.

[Kim Na-jeong/Shinbundang Line users: In the case of sections going to Nonhyeon or Shinsa, it is a section that is too congested, but I think being able to pass that section underground is a great advantage.]

The extension section started construction in August 2016 , it took about 5 years and 9 months to complete.

The construction cost was about 430 billion won.

Saeoul Railroad Co., Ltd.: Because the safety of passengers is the most important thing, we are focusing on checking such things as stopping in place, unusual situations, and reactions when disasters occur.]

Construction of the Sinsa-Yongsan section is scheduled to begin in 2026.

Seongnam City, which is promoting the extension of Pangyo Subway Line 8, has changed the original plan to increase business feasibility.

Seongnam City announced that it has submitted a proposal to the Ministry of Land, Infrastructure and Transport to reduce the number of new stations from three to two and to reduce the extension section by 80 meters to increase economic efficiency.