A stone from the plow... Bronze Age artifacts came out one after another

A large number of artifacts believed to be from the Bronze Age have been unearthed in Pyeongchang, Gangwon-do. It was discovered by a farmer while plowing a field, and it was evaluated as having high academic value. 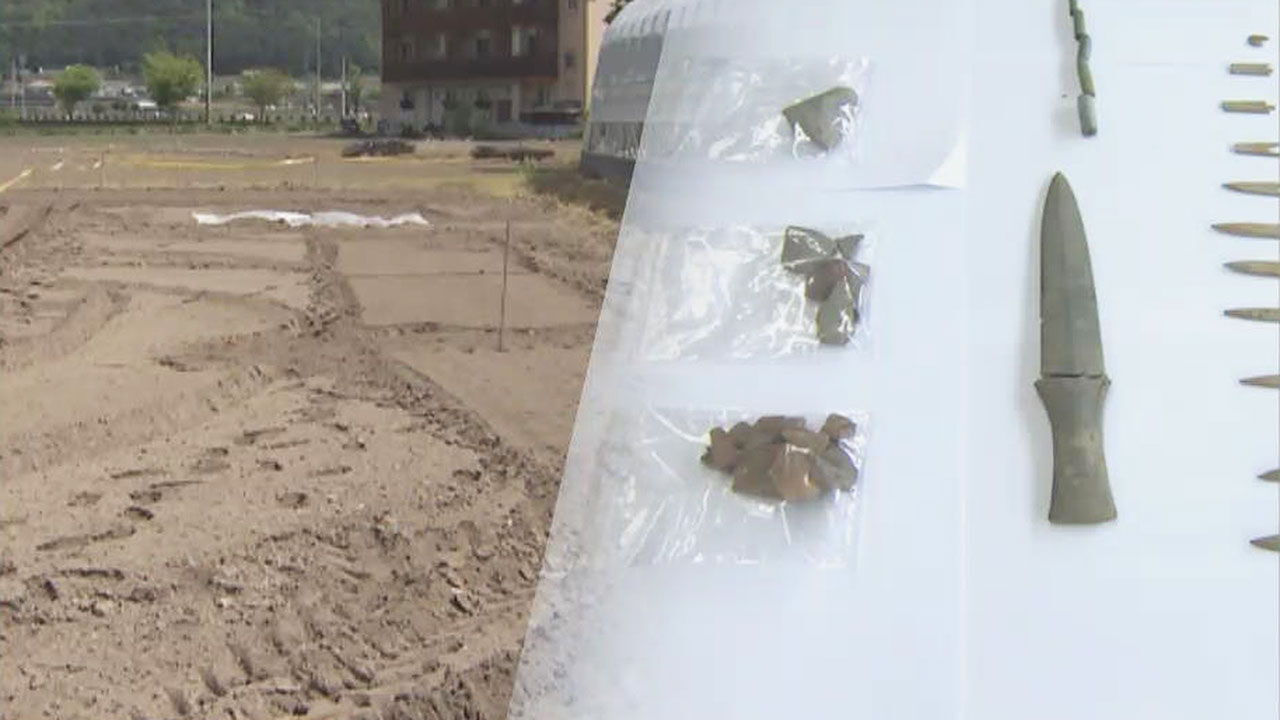 A large number of relics believed to be from the Bronze Age have been excavated in Pyeongchang, Gangwon-do.

It was discovered by a farmer while plowing a field, and it was evaluated as having high academic value.

I thought it was kind of strange.

While plowing the field to plant corn, a few blue stones came up and threw them away without much thought, but stone arrowheads and knives came out one after another.

It is a field that has been farmed for generations since my father, and I was surprised and reported it.

[Jeonbaekyong/First discoverer of relics: A large stone knife comes out, a pottery comes out, so I pick up what I threw away and put it back together.

I never thought that something like this would come out of my field.]

After receiving the report, the local government conducted the first on-site investigation. As a result, it is estimated that all of the earthenware fragments and stone knives excavated are relics of the Bronze Age.

[Hannah Jeong / Curator of Pyeongchang-gun: There have never been any cases of burial in the Pyeongchang River basin in the Bronze Age, such as stone knives, stone arrowheads, daerongok, and hongdo, which were buried in sets.

It has its own meaning...

The blue jade stones seem to be part of elaborately trimmed ornaments, and since they are materials that do not come from this area, it is analyzed that they can be viewed as evidence of exchanges with other regions.

In the case of a 30cm stone knife, it is highly probable that it was used only for symbolic purposes due to its blunt blade.

This arable area is estimated to be a Bronze Age burial site like a dolmen, and a large-scale on-site inspection by the Cultural Heritage Administration is scheduled to take place within this week.