The most beautiful villages in Asturias

Asturias accumulates beauty in every square kilometer. Its mountains, beaches, valleys and cliffs hide hundreds of secrets, and choosing an enclave means leaving out... 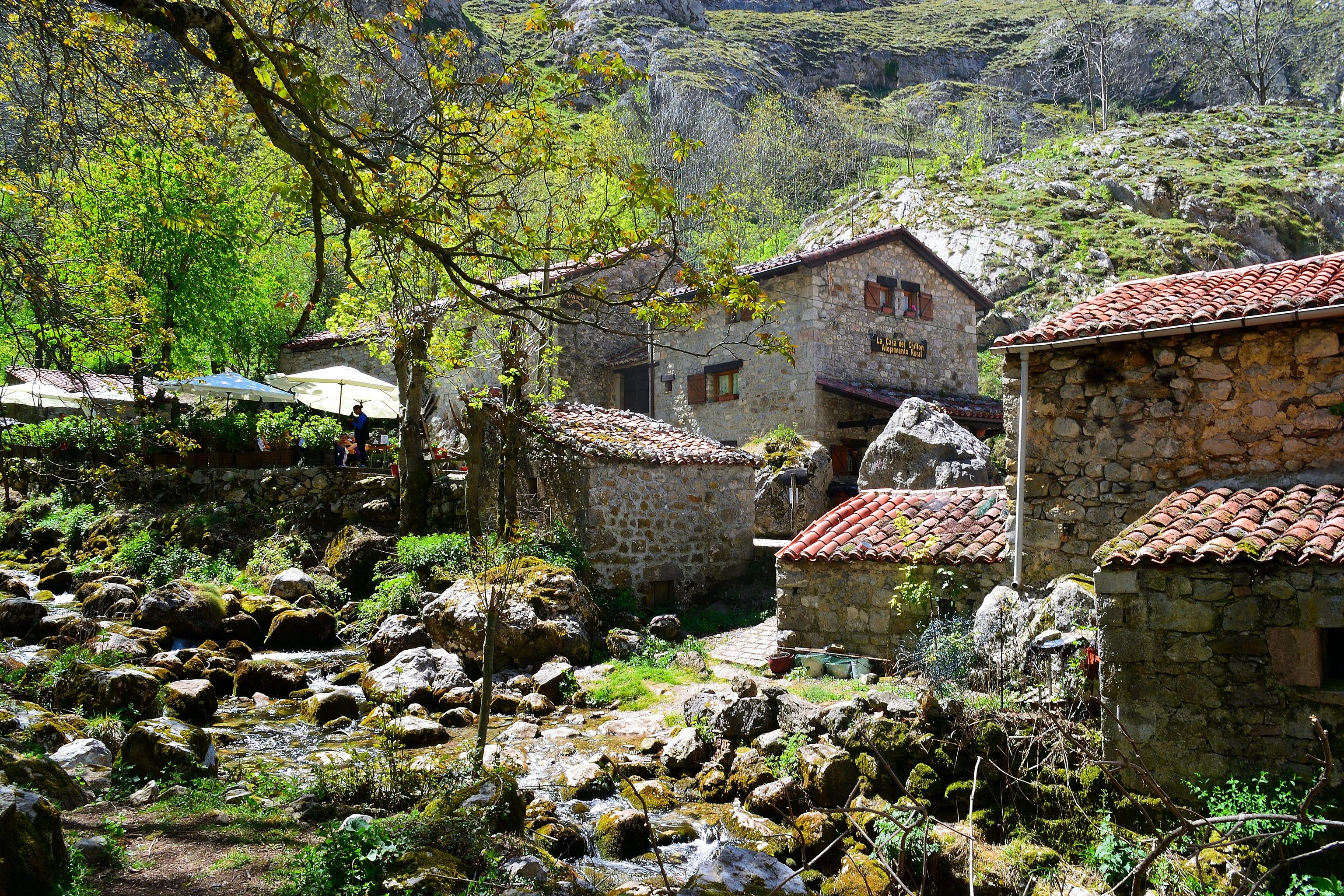 Its mountains, beaches, valleys and cliffs hide hundreds of secrets, and choosing an enclave means leaving out many others of unparalleled beauty.

Even so, we dare to highlight seven with a special charm in a community that takes special care of its idiosyncrasy, as shown by the

Exemplary People of the Principality

award , with which the Princess of Asturias Foundation awards each year to those who stand out for the defense of their rural or ecological environment, its historical, cultural or artistic heritage or the performance of charitable works.

Until the beginning of the 21st century, Bulnes could only be accessed through the meandering

with more than 400 meters of unevenness.

At present, a funicular transports the visitor to this parish of 56 square kilometers with thirty people registered between El Castillo (or Bulnes de Arriba) and La Villa (Bulnes de Abajo).

heart of the Central Massif of the Picos de Europa

, its views are spectacular, with some stone houses scattered throughout its cobbled streets that give the whole a postcard setting.

after landing there in 1517 to take possession of the Spanish crown preserves its history and tradition.

In fact, this historical event is commemorated every year with a historical recreation of it and with the organization of different activities around the daily life of this fishing village.

Its panoramic views of the

are still dazzling, as is the respect it shows for the arts of fishing, with the fish auction or the roast spider crab and sardines.

Its Route of the Dinosaurs has also become a great attraction.

Its rural architecture is famous for its

Its Chapel of Nuestra Señora de la Sienra, La Mira house and the hermitage and Church of San Martín el Real are a must.

Although, if possible, it is recommended to coincide with one of its traditional celebrations that are so well preserved, in the case of

the bonfire of San Juan or the Palm procession

, considered the largest in Asturias, it has been organized since the 18th century on the last Sunday of August by the Brotherhood of the Virgen del Carmen.

Dedicated in the past to whaling, being the setting for the television series

gave it recognition that its nearly 2,000 inhabitants are still digesting.

, the Historic Center, the Church of Santa María de Sábada and the

are some of the most visited and photographed sites, but the truth is that the entire fishing village, with its narrow cobbled streets and its mansions, palaces and fishermen's houses have a special charm.

one of the most representative of Asturias

Officially considered one of the most beautiful towns in Spain, you can breathe the sea in its streets.

It preserves traditions such as the

(a delicacy invented by sailors of past times, when they left small fish to dehydrate for months at the door of the houses) or

(name of supposed Viking origin with which the monkfish is called , which can be ordered grilled, cider, fried, with mushrooms or beans).

A medieval tower (Vilademoros), a green pyramid (Fonte Baixa), a castle in the sea (Portizuelo), a table with history (the Seafarers and Navigators Table), a Nobel Prize winner (

)... Cross one of the seven bridges that cross the Río Negro take tourists to "

the white village of the Costa Verde

", a place with a rich historical and cultural heritage surrounded by impressive valleys and suggestive beaches such as Tourán, Los Molinos, Santa Ana, Sabugo or Campiecho.

Strongly linked to fishing and the canning industry, its fishing port and marina continues to attract all kinds of visitors.

The terraces and restaurants on the pier keep the sound of

the seagulls as their soundtrack

, with views of the moored fleet, the island's lighthouse and the dikes built in the 19th century by

, the Marquis of Casariego.

San Blas is its oldest area, while the San Sebastián neighborhood maintains its seafaring essence.

and contemplating the Bay of Biscay from the Os Cañóis viewpoint is also a must.