"Breakthrough developments": what contribution did Boris Shavyrin make to the development of domestic mortar and rocket weapons

On May 10, 1902, Russian gunsmith Boris Shavyrin was born. He became one of the main creators of Soviet mortar weapons. Its developments played an important role during the Great Patriotic War. After the war, Shavyrin created new mortars and made a significant contribution to the development of guided missile systems. According to experts, the technical solutions used by the designer made it possible to equip the Soviet infantry with effective and easy-to-use weapons. 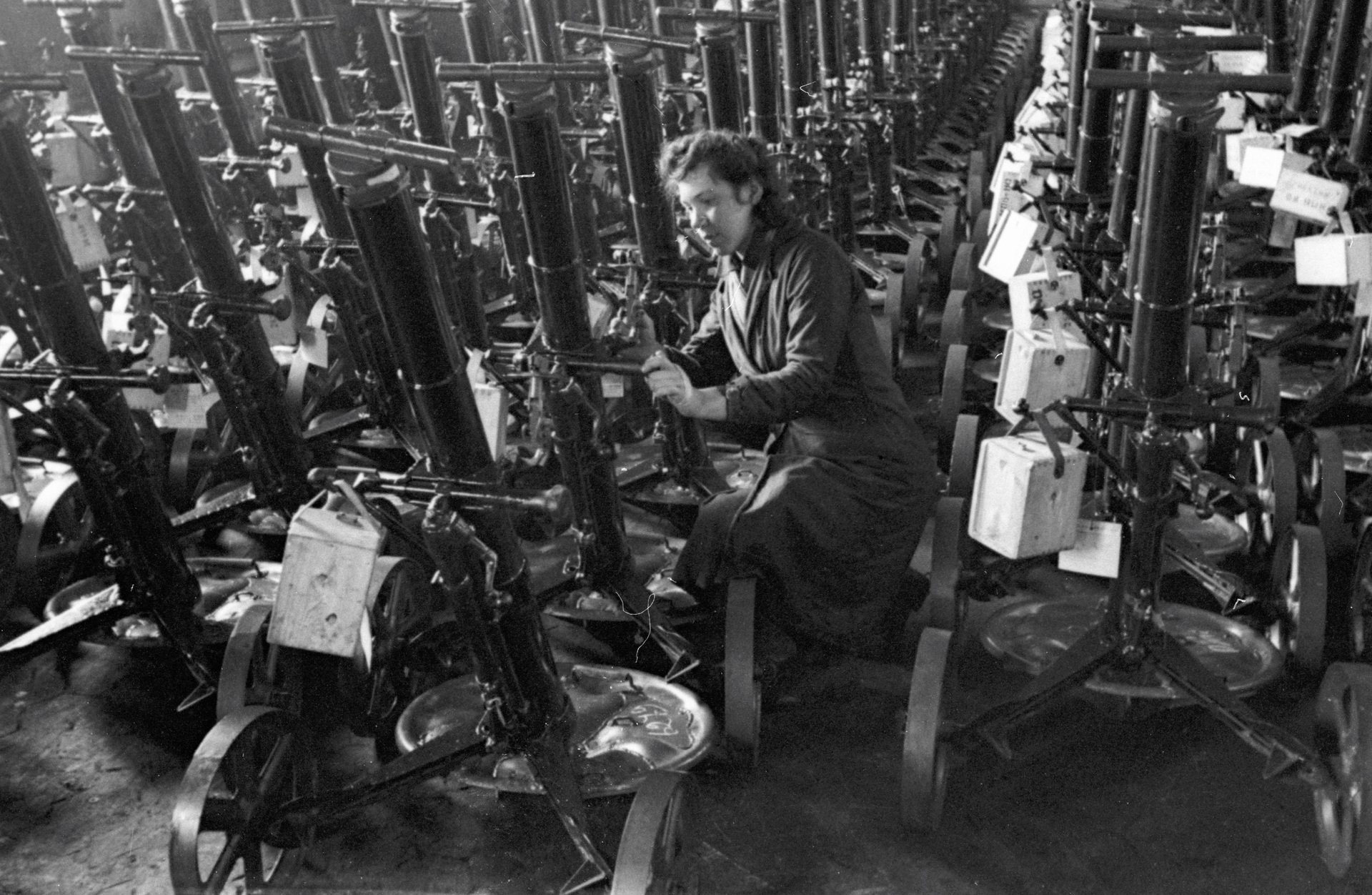 120 years ago, the famous designer Boris Shavyrin was born in Yaroslavl.

He is the creator of the BM-37 battalion gun, which was extremely popular during the Great Patriotic War, heavy mortars of 160, 240 and 420 mm caliber, as well as the Malyutka and Shmel mobile missile systems.

From the Rabfak to Arsenal

Shavyrin lost his father early and was forced to work as an apprentice at a steam mill.

The young man changed several professions and entered the evening workers' faculty, which opened up the opportunity to get a higher education.

He began his career as an engineer in the production department of the All-Union Association of Gun and Arms Machine Gun Production.

In the 1930s, Shavyrin worked as a senior design engineer at the Krasny Oktyabr plant in Kharkov, then he was appointed head of a special design bureau at the Leningrad Artillery Plant No. 7 Arsenal.

The first significant work of the young designer is the modernization of the Soviet battalion 82-mm mortar BM-36.

This weapon entered the arsenal of the Red Army in 1936.

It was used by Soviet troops in battles with Japanese militarists near Lake Khasan and the Khalkhin Gol River in 1938 and 1939.

As a result of the battles, reviews of the mortar were generally positive.

However, the military pointed out a number of design flaws, the elimination of which would make it possible to make the BM-36 a more advanced means of destruction.

Shavyrin, in a team with other designers, developed an improved BM-36.

The mortar received a more rigid membrane-type base plate.

It had a round shape with a side cut.

At the same time, the base model was distinguished by a rectangular shape, in which the corners were deformed when fired.

“In addition, the design of the bipedal carriage has changed, in particular, the shock absorber spring travel has been increased and the sight mount has been improved.

The main tactical and technical data of both mortars coincided (basic and upgraded BM-36. -

34, which the Nazis widely used until the very end of World War II.

For example, the mass of the Wehrmacht gun in combat position was 62 kg (in the light version - 57 kg), and the range did not exceed 2400 m.

The Shavyrinsky battalion mortar had a relatively high practical rate of fire (15-25 rounds per minute), was more convenient to use and well adapted to the deployment of mass mass production.

After testing in February 1939, the weapon was adopted by the Red Army under the designation BM-37.

In disassembled form, the mortar was carried by three infantrymen in special packs, equipped with means to reduce recoil and a mechanical sight MPB-82.

During the Great Patriotic War, an important advantage of the weapon was the shooting of captured German ammunition of a slightly smaller caliber.

At the same time, the enemy did not have the technical ability to use shells on a domestic mortar.

During the Great Patriotic War, the production of BM-37 increased significantly.

In total, Soviet industry produced over 165,000 such guns.

Shavyrinsky mortar made it possible to hit targets that were located behind shelters and were inaccessible to flat small arms and artillery fire.

The Red Army used the BM-37 in the most difficult battles with the Nazi invaders at the beginning of the war.

In particular, these guns were used in the battle for Sevastopol, where the company of the 31st Rifle Regiment of Vladimir Simonok gained great fame.

The unit became famous not only for effective shelling of the enemy ground forces.

On December 23, 1941, a unique event in the history of World War II occurred when Simonok shot down a German Messerschmitt Bf 109 fighter with a direct hit from an 82-mm mortar.

Shavyrin made a great contribution to the improvement of large-caliber Soviet mortar weapons.

In particular, the merit of the gunsmith is the creation in a short time of a modified version of the 120-mm regimental gun of the 1938 model.

Shavyrin was given the task of simplifying the design of the mortar, reducing labor intensity and metal consumption, in order to increase the scale of production of the much-needed weapons of destruction for the Red Army.

In the gun, such elements as the biped, barrel, shock absorber, swivel and lifting mechanisms were changed.

The work carried out made it possible to almost halve the labor intensity of production, reduce the consumption of materials by 26% and increase the volume of output by 1.8 times on the same material base.

At the same time, the 120-mm mortar did not lose the combat qualities that it had before the modification.

The mass of the gun in the combat position was 275 kg, the rate of fire was up to 15 rounds per minute, the maximum firing range was 5900 m. As noted on the website of the Museum of Victory, the mortar was nine times lighter and about the same time cheaper

“The 1943 model mortar was produced until the end of the war and, along with the 120-mm mortars of the 1938 model and the 1941 model, proved to be an extremely effective and mobile weapon,” the Victory Museum website says.

During the war years, the Shavyrinsky mortar was a formidable weapon in the hands of fighters who understood each other well.

The most successful calculation of the 120-mm mortar is considered to be the Shumov brothers - Alexander, Vasily, Ivan, Semyon, Avksenty and Luka.

The Shumovs' crew became part of the heroic history of the Red Army thanks to the unusually high rate of fire - the brothers fired a shot every three seconds.

The coherence of the Red Army often helped the advancing infantry, allowing them to hit targets that were inaccessible to other types of weapons.

So, in January 1943, when breaking through the blockade of Leningrad, the brothers destroyed two machine guns, three mortars, two dugouts and up to 40 enemy soldiers.

The Shumovs fought until the end of 1944.

Only three brothers survived to victory.

According to the materials of the Ministry of Defense of the Russian Federation, the "Shavyrinsky" mortars were light, mobile, had good accuracy, were simple to operate and easy to mass-produce.

In a RT commentary, Deputy Director of the Museum of National Military History Vasily Zabolotny noted that Shavyrin's work made a huge contribution to equipping the Red Army with effective mortar weapons.

“In the Great Patriotic War, almost all mortars from platoon to regimental level were the brainchild of Shavyrin.

Their development by military personnel did not take much time, and they were mass-produced by industry.

Thanks to Shavyrin, the infantry of the Red Army received a wide range of weapons in demand in those conditions, ”said Zabolotny.

In 1942, Shavyrin was appointed head of the design bureau in Kolomna near Moscow.

One of the first projects of the enterprise was the creation of a 160-mm divisional mortar.

However, the military preferred another similar product, the MT-13, which was manufactured by a group of specialists led by Igor Teverovsky.

This 160 mm gun was the most powerful in its class during World War II.

After the war, Shavyrin took "revenge" from Teverovsky, developing a 160-mm M-160 divisional mortar based on the MT-13.

The industry of the USSR handed over to the troops over 2.3 thousand guns.

However, the mortar was heavy (in combat position, the mass exceeded 4 tons) and at the same time towed, which reduced its mobility.

As a result, in the late 1960s, to replace the M-240, domestic specialists began to create a self-propelled mortar "Tulip" of the same caliber, but with a higher range.

In a modernized form, it continues to be operated by the Russian army and is used today in the course of a special operation of the RF Armed Forces.

The largest of his brainchild was the self-propelled gun 2B1 "Oka" caliber 420 mm.

On November 7, 1957, this unusual artillery mount was presented to the general public at a parade in Moscow.

The mass of the mortar was 55 tons, the length of the machine, together with the gun, exceeded 20 m. Super-heavy mines, including those with a nuclear warhead, were developed for self-propelled guns.

The reverse side of the monstrous firepower was the crew's serious hearing problems, the lack of recoil devices, the failure of equipment and internal structural elements.

In 1960, this project was closed, and the formidable weapon did not go into mass production.

In addition to improving mortars, another activity of Shavyrin in the post-war period was the creation of bomb and missile weapons.

Shavyrin also did serious work to equip the Ground Forces with new types of weapons.

In particular, he created the Bumblebee land anti-tank complex with an arsenal of guided missiles.

One of Shavyrin's latest creations is the Malyutka mobile missile system, adopted by the Soviet army in 1963.

The system was intended to combat armored vehicles, to destroy shelters and destroy enemy firing points.

The complex was installed on combat vehicles 9P122, BMP-1 and BMD-1.

For his design activities, he was awarded three Orders of Lenin, became the laureate of three Stalin Prizes and received the title of Hero of Socialist Labor.

As Dmitry Surzhik, Associate Professor of GAUGN, noted in an interview with RT, Shavyrin proved himself to be a truly talented gunsmith and organizer.

Historians call the main advantage of the designer his ability to create reliable, effective weapons adapted to the establishment of mass production.

“Shavyrin was engaged in breakthrough developments that provided the Soviet armed forces with effective means of destroying enemy tanks, armored vehicles and infantry.

His work was of great importance for providing our army with modern and widely demanded weapons, ”Surzhik emphasized.