Petersburg Treaty between Russia and Prussia was signed 260 years ago. According to this document, the Russian Empire was withdrawing from the Seven Years' War and returning to Prussia the lands whose inhabitants had previously sworn allegiance to Empress Elizabeth. The Petersburg Treaty was one of the factors that caused a sharp drop in the popularity of the Russian Emperor Peter III and allowed his wife (the future Empress Catherine II) to organize a coup d'état. Today, historians evaluate the Petersburg Treaty ambiguously. Some note that it nullified Russia's territorial acquisitions over several years, others believe that the treaty helped official St. Petersburg establish good relations with Prussia, which contributed to the protection of Russian foreign policy interests. 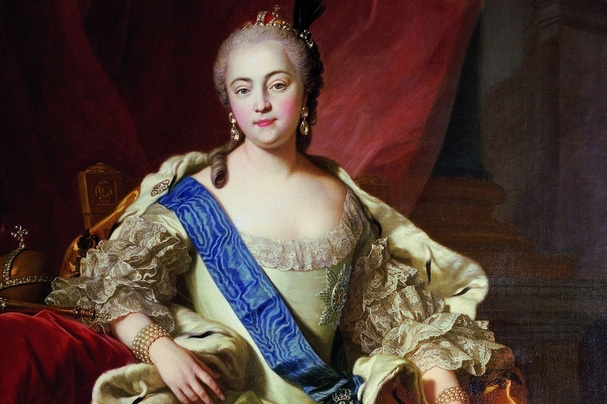 On May 5, 1762, the Petersburg Treaty was signed between Russia and Prussia.

Despite the successes of the Russian army, official St. Petersburg decided to withdraw from the Seven Years' War and return to Prussia all the lands, the inhabitants of which had previously managed to swear allegiance to Empress Elizabeth, who had died by that time.

Among historians there is no unambiguous assessment of the Petersburg Treaty.

Some believe that he senselessly deprived Russia of territories, others note that peace with Prussia later allowed St. Petersburg to effectively solve its foreign policy problems.

It was preceded by a colonial conflict between Great Britain and France over possessions in North America, against which London declared war on Paris.

Both sides of the conflict in Europe had allies.

Great Britain was part of a single coalition with Prussia, Hanover and several small German monarchies, and France with Russia, Austria, Sweden, Saxony and the rest of the German states.

The source of the conflict on the continent was that in the 1740s, an ally of Great Britain, the Prussian king Frederick II, having one of the strongest armies in Europe, took away the rich province of Silesia from Austria, and official Vienna wanted to return it.

In turn, Prussia planned to build on its success and become the leading power in Central and Eastern Europe.

“Prussia was a resource-poor small country that was called the “sandbox of Europe”.

But Frederick II turned it into a militaristic state capable of successful military operations, planning to expand its territory through rough military seizures, ”said Alexei Sinelobov, associate professor at Moscow State Pedagogical University, in a comment to RT.

As MPGU professor Vitaly Zakharov said in an interview with RT, Russia had no obvious state interest in the war, but Vienna was in alliance with St. Petersburg, and this gave rise to certain obligations.

In addition, Empress Elizabeth, the daughter of Peter I, who was ruling in Russia at that time, had a personal motive for confronting Prussia.

According to Vitaly Zakharov, the Prussian king Frederick II was a well-known misogynist and could not stand women on the throne, the Russian Empress Elizabeth answered him with mutual hostility.

Although the troops were successful, their commander-in-chief, Stepan Apraksin, soon issued an order to retreat, citing supply problems.

According to Vitaly Zakharov, the real reason for Apraksin's actions was the serious illness of Empress Elizabeth.

The heir to the throne was her nephew Peter III, who from childhood bowed before Frederick II, and considered Russia's enemy not Prussia, but Denmark.

“Apraksin was afraid of the death of the empress and gave the command to retreat so as not to upset the potential new king,” Vitaly Zakharov emphasized.

But the Empress recovered.

Apraksin was removed from command of the army, put on trial and died during the investigation.

The entire population of the region, including the philosopher Immanuel Kant, swore allegiance to Elizabeth.

In the future, the Russian army won a number of brilliant victories over the well-trained Prussian army.

Acting in conjunction with the Austrian corps, the Russian troops defeated the 48,000-strong Prussian group under the command of Frederick II himself in the battle of Kunersdorf.

The defeat was so severe that a message went from Friedrich's headquarters to Berlin: "Everything is lost, save the yard and the archives."

Prussia was then saved only by contradictions in the Allied camp, which prevented the continuation of the offensive.

Later, a small Russian-Austrian corps forced surrender and held Berlin for some time.

And a year later, Russian troops forced the strategically important Kolberg fortress to surrender and helped the Austrians regain part of Silesia.

Against the backdrop of defeats, the economic situation of Prussia deteriorated sharply, as it was cut off from the Baltic Sea.

According to historians, no one in Europe believed that Prussia could avoid defeat.

Her successor was Peter III, who saw Prussia as his main foreign policy reference point.

In March 1762, a truce was concluded between Russia and Prussia.

According to historians, Frederick II was sure that in order to conclude peace he would have to make territorial concessions, so he agreed in advance to his envoy, Baron Bernhard Wilhelm von der Goltz, to recognize East Prussia as part of Russia.

However, Peter III did not raise the territorial issue and said that he would agree to sign a peace treaty proposed by the Prussian side.

On May 5, 1762, the Peace of Petersburg was signed, which officially ended the war between Russia and Prussia and proclaimed "eternal sincere friendship" between both states.

Von der Goltz and Russian Chancellor Mikhail Vorontsov put their signatures under it.

The document envisaged the provision by both sides of mutual assistance and the rejection of any allied obligations directed against each other.

Peter III declared himself a supporter of peace in Europe.

The treaty recognized Frederick's "most sacred and hereditary" rights to the territories occupied by Russian troops during the war.

East Prussia, including Koenigsberg, was to return under the control of the Prussian king within two months.

According to legend, Immanuel Kant then refused to swear allegiance to the Prussian king and remained a Russian subject.

According to experts, the Petersburg Treaty saved Prussia from defeat.

“The signing of the Peace of St. Petersburg was an unexpected turn in the war, and unexpected even for Prussia itself,” said Vladimir Olenchenko, senior researcher at the Center for European Studies at IMEMO RAS, in an interview with RT.

According to historians, peace on Prussian terms and plans to declare war on Denmark, for which the tsar ordered the guards to prepare for hostilities in June 1762, led to a sharp decline in the popularity of Peter III in Russian society.

Taking advantage of this, the tsar's wife, Catherine, relying on a group of officers loyal to her, carried out a coup d'état on July 9, 1762.

The next day, Peter III officially abdicated the throne, was arrested and soon died under unclear circumstances.

Despite the fact that Catherine II formally condemned the Petersburg Treaty, she did not break the peace with Prussia.

“There is an opinion about the Peace of St. Petersburg as treason or stupidity on the part of Peter III, but this is not entirely true.

It was not in vain that Catherine II maintained relations with Prussia.

To some extent, this met the diplomatic and other interests of the Russian Empire.

Good relations with Prussia as a reliable predictable neighbor came in handy, in particular, in resolving the Polish issue and during the wars with Turkey, ”said Alexei Sinelobov.

However, not all historians agree with this interpretation of the Petersburg Treaty.

“The decision of Peter III was the deepest insult to all the Russian military, as well as evidence of neglect of the memory of those who died on the battlefields with Prussia.

No wonder it caused such a serious indignation and led to the loss of power by the emperor.

It makes no sense to talk about the political benefits of the treaty, since without it Russia could simply dictate its will to Prussia, ”said Vladimir Olenchenko.

At the same time, historians note that the Seven Years' War itself gave the Russian army invaluable experience, which became one of the guarantees of the military victories of the era of Catherine II.

As a result, Great Britain significantly expanded its colonial possessions at the expense of France and Spain, and Prussia strengthened its position in Germany and began to claim leadership in Central Europe even more confidently.

It was recognized as part of the USSR as a result of the Great Patriotic War at the Potsdam Conference in 1945, after which the Kaliningrad Region of the RSFSR was formed on its territory.