Some of the audience burst into tears as the sentence of the adoptive parents who abused and killed 16-month-old Jeong In-i was announced. [Audience] "Please save our Jung-in. 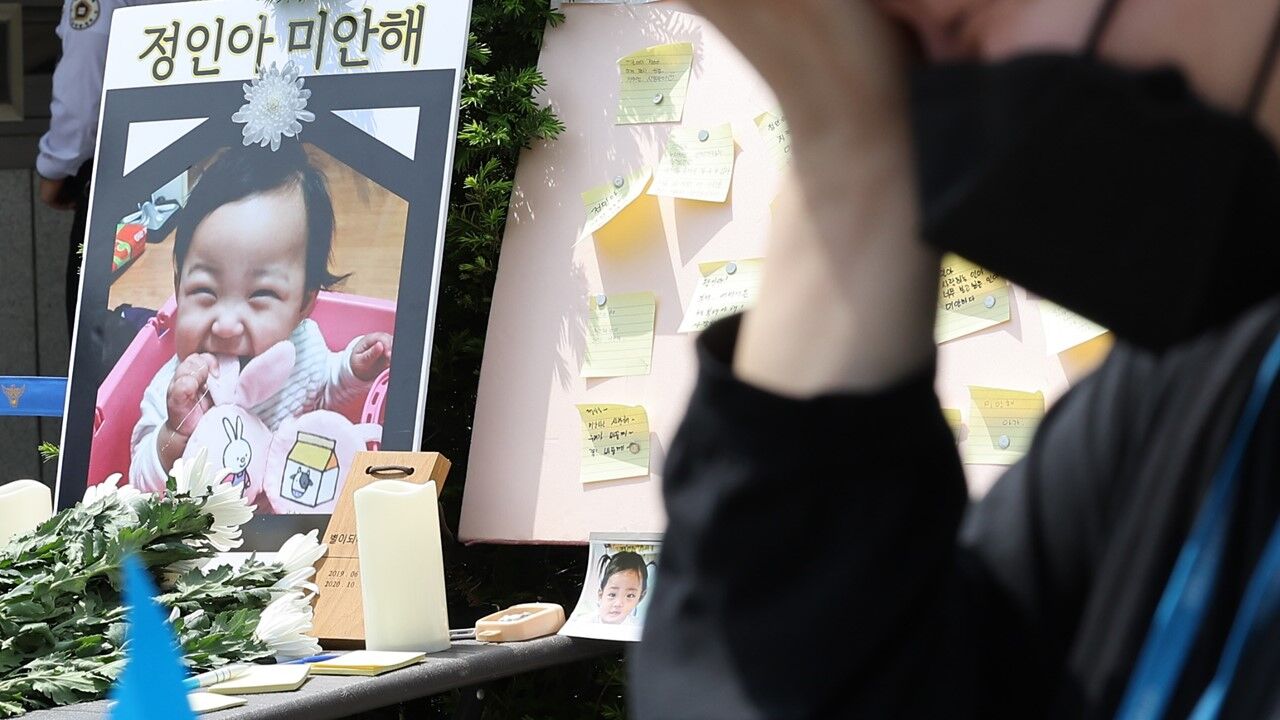 Some of the audience burst into tears as the sentence of the adoptive parents who abused and killed 16-month-old Jeong In-i was announced.

The Supreme Court upheld a 35-year prison sentence for her adoptive mother, Jang, who repeatedly abused her Jeong-in.

Her adoptive father, Ahn Mo, who neglected her abuse, was sentenced to five years in prison.

The abuse began in March 2020, a month after adoption.

He was physically and emotionally abused, and in October 2020, when Jeong In-i passed away, he said he was not eating, and after falling, he stepped on her stomach and hit her, causing serious organ damage.

Although he admitted that she had intentionally killed her, saying that he assaulted her knowing that there was a possibility of her death, it was because it was impossible to determine objective facts enough to permanently isolate her from society.

The prosecution appealed that the sentence was low, but the Supreme Court dismissed the appeal, saying that it is possible to lower the sentence, but it cannot increase the sentence.

The civic groups who watched Jung-in's case expressed their disappointment.

"No one can take the side of these children who are dying of abuse. So I think the court should be on the side of the victims. It's very unfortunate."

A system was implemented to immediately separate children suspected of being abused from their guardians after the Jung-in incident.

Last year, 1,043 cases were immediately segregated, of which 94% were determined to be child abuse through further investigation.